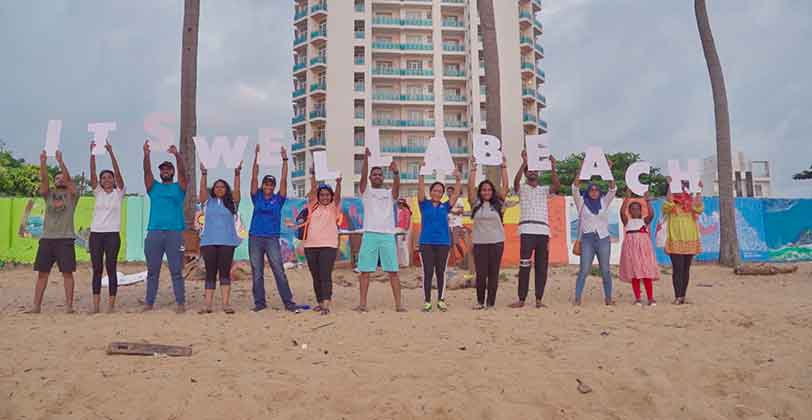 ‘Itswellabeach’ moving from strength to strength 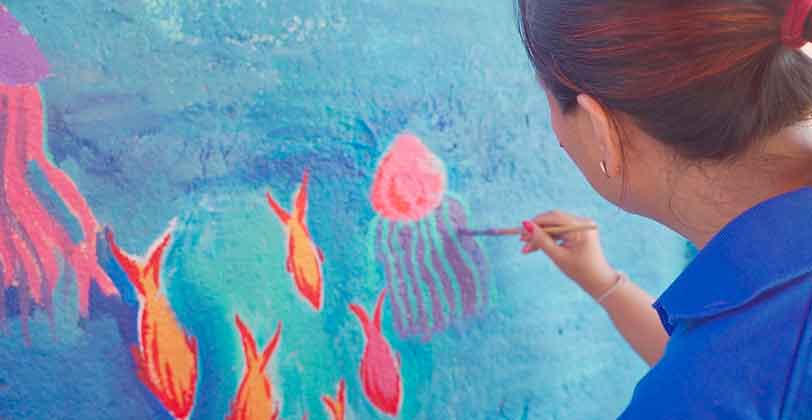 On 9 March, the World Health Organisation (WHO) and the “itswellabeach” project hosted a public workout and cleanup at Kinross Beach.

“Itswellabeach” is a community outreach programme dedicated to rebuilding and cleaning Wellawatte Beach, which has been a resounding success since its inception in November last year, purely achieved through the dedication of Co-founders Shenelle Rodrigo and Shehaan Thahir and the power of social media, as the awareness for the project and all necessary resources were sourced via its Instagram page. 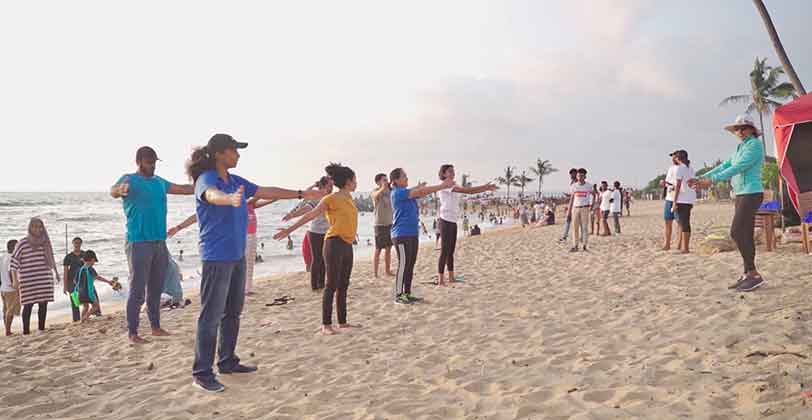 Since its humble beginnings as a simple beach cleanup which took place monthly, weekly, then daily, and now with the fishing stilts installed and of course the Insta-wall courtesy the guidance of Geshani Balder and the many artists who lent a hand, the Wellawatte beach stretch is cleaner and just all-round better than anyone ever thought it would be.

Since the beginning of the project and its subsequent continual and organic growth, the project has attracted the attention of multiple stakeholders involved and interested in its cause, and the project has now gone form “theirs” (Shehaan and Shenelle’s) to “ours”.

Considering the current success of the Wellawatte Beach project, the duo have expressed that they hope to expand their initiative to other beaches in the country in the hopes of being able to raise awareness and get change-makers and corporates involved in taking care of our island. 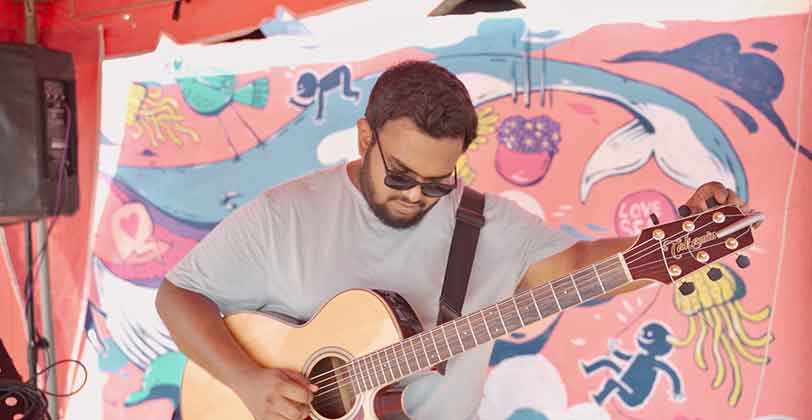 As for the event held on Monday (9), it saw participants from the United Nations (UN) offices as well as the general public joining in on a Poya Day evening to clean the beach up in a responsible manner whilst having live music played on the beach courtesy Minesh Dissanayake.

The cleanup saw over 30 participants with some of the general public joining in on the activities at the beach, followed by a fun workout session.

To commemorate the event and partnership, the last wall at itsweallabeach’s #instawall was painted on by artist Aadhitya Jayaseelan with the caption “together for a healthier tomorrow”. 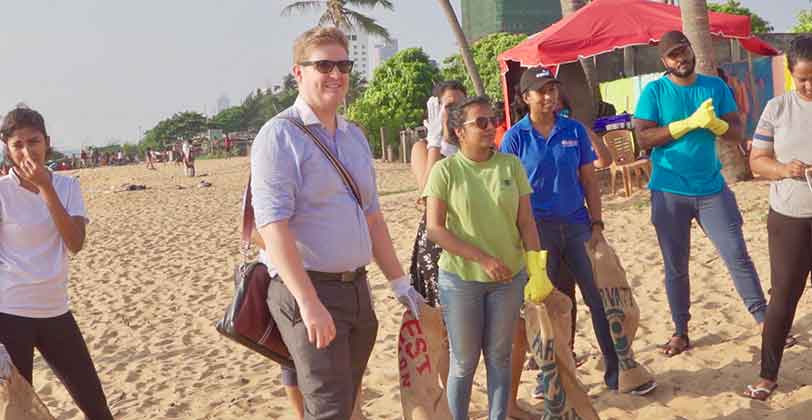 Speaking about the current status of the project, itswellabeach Project Lead Shehaan Thahir said: “Itswellabeach is a community-sourced initiative which we started in November 2019 to build a sustainable model to keeping our beaches clean. Since its inception we’ve been successful in utilising social media to get the youth of Colombo to join us in rebuilding the beach and creating a culture that is mindful and concerned of the environment around us. From starting a ‘Trash Talk’ YouTube series to reach a wider audience, to painting murals on the walls alongside the beach, we’ve been working on a number of ways to get people to see the importance of maintaining our beaches and the great amount of value it provides the general public with.”

When asked about WHO’s collaboration for this event, WHO Representative to the Director Dr. Olivia Corazon said it was encouraging to see the youth of Sri Lanka take on such initiatives to promote health and wellness in such a sustainable manner which also looks after our environment. 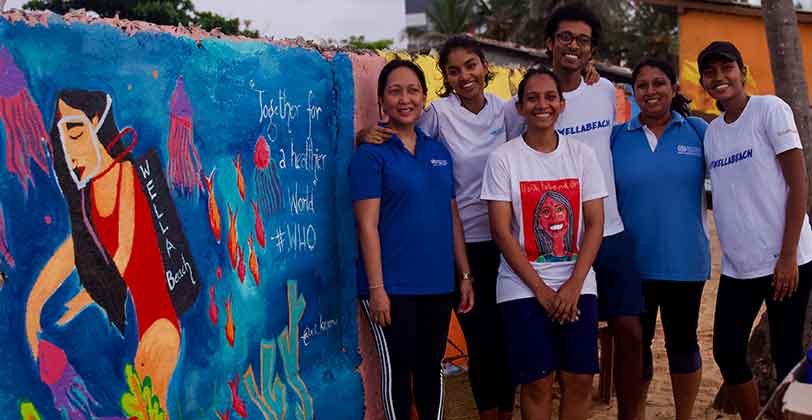 She added that they were more than happy to come onboard and help raise further awareness on this great initiative which they hope could be scaled all around the island to build a more healthy and mindful society.

The WHO further shared: “We support community projects that work towards the betterment of its society and which promote healthy living that encourages physical activity and community togetherness.”

Building a routine to work out and cleanup is one that would be extremely beneficial to both the individual and the society at large and WHO together with the itswellabeach community proved that they encourage all to follow suit to build a brighter future for Sri Lanka.

February 12, 2020 bythemorninglk No Comments
Numerous connotations on Ayurvedic treatment for various ailments have been making the rounds on social media pages, the most recent being of a plant named “Asafoetida”.

September 17, 2018 byJennifer Anandanayagam No Comments
Asia Music Video Awards is an online based competition hosted by US based ChannelFix.com, which allows contenders from across Asia to submit their music videos