Consuming garbage a cause of elephant deaths?

August 7, 2019 by themorninglk No Comments 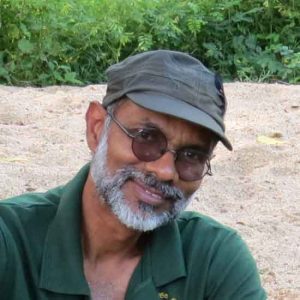 There have been quite a few incidents recorded in Sri Lanka where elephant deaths were attributed to their consumption of garbage.

The case that caught the media’s attention the most was when an elephant which had been regularly eating garbage at Manampitiya died in 2017 after suffering from a sickness for a month.

This elephant was about 20 years old and part of a herd that fed on garbage from a dump at Manampitiya.

A veterinary surgeon and a team of wildlife officers tried their best to save the animal.

More recently, in 2018, six elephants died allegedly after eating plastic that was dumped at a landfill site in Sri Lanka.

Rubbish from nearby areas is taken to the dump in Deegawapi, which has since attracted numerous wild animals – birds, dogs, and now, elephants.

Many of these animals end up eating the toxic waste which collects there and so far, as many as six elephants are known to have died as a result.

These are the cases reported in the media; when we approached the Department of Wildlife Conservation (DWC) and an expert on the matter, they shared with us different thoughts altogether.

The question of whether this actually was the case is yet to be determined.

When approached, the DWC, which is in charge of the elephants, were also hesitant to confirm that these deaths were caused as a result of them consuming garbage.

They also didn’t want to confirm the number of deaths reported as a possible result of garbage consumption.

We spoke to Dr. Prithiviraj Fernando, an expert conservationist. In the recent past, he emphasised and introduced the solution to the Human-Elephant Conflict (HEC).

He explained to us the nature and gravity of the problem. There are more than 50 garbage dumps that 10-20 elephants feed on daily in Sri Lanka; close to a 1,000 elephants per day.

“If one in 1,000 elephants dies after eating garbage, I don’t think there is a problem really. Also, has it actually been proven that these elephants that died, specifically dies because of consuming garbage? Was a post-mortem done? To really attribute this to be the cause, they must conduct post-mortems and find the obstruction that was caused due to waste found in their digestive systems. If the post-mortem doesn’t reveal anything, then the toxicology unit should get involved to see if the elephant was poisoned to death due to toxic waste.”

Also, Dr. Fernando continued, garbage can mean anything and doesn’t necessarily have to be plastic. But because this has been an issue, studies have been done to investigate the effect garbage has on elephants. These studies revealed that elephants are selective of what they eat from the dumps, and that they know to pick the food/organic items from the harmful waste.

“This is not to say that consuming polythene is not harmful to animals, especially marine animals and also cattle, like cows, as they have very complex digestive systems. Unlike these animals, elephants have a rather simple digestive system.It is very rare that a chunk of plastic will get caught in their systems. This being said, when you examine the dung of the elephants that consume from these garbage dumps, you will often find polythene in it. This once again proves that their system is not complex, and that any polythene consumed just passes through.So, it is very rare that an elephant will die after consuming garbage, unless they consume something that is toxic – that may be the cause of death. We must also remember that all items identified as garbage are not poisonous or harmful.”

But of course it looks ugly – to see elephants consuming garbage. The solution seems to be separating the garbage and preventing elephants from accessing it by building a fence around it.

“But it is not so simple. I must highlight that it is mostly the lone elephants that feed off this dumps; there are very few herds coming in to feed off these dumps. These lone adult males are the very same elephants that raid villages. If you take a closer look at them, you will see gunshot wounds on their bodies. Therefore, if you stop these elephants from accessing these garbage dumps they are already used to feeding off, they will raid the villages more often, increasing the rate of already existing conflicts. In the larger scale of things, we must identify if this really is a problem,” explained Dr. Fernando.

Dr. Fernando stated that the elephants feeding off these dumps may actually be preventing a lot of conflict, which currently is the biggest problem that leads to both human and elephant deaths caused by HEC.

“There is no record of an elephant dying due to the consumption of garbage within this year. And even in the cases recorded, the elephants were not examined nor was it proved that the cause was waste consumption. It is a very uncommon thing.”

Instead, Dr. Fernando thinks the solution would be for people to sort the garbage.

“We are already supposed to separate degradable/organic waste from plastics. In addition, single-use plastics are also supposedly banned in Sri Lanka. So if we only put the organic waste into these dumps, it will be food for the elephants. It can be anything from leftover food, vegetables, fruits, etc. Managing garbage this way is the best solution.”

“A good example is the contrast in two projects conducted here. In Kataragama, the people fenced all the garbage dumps, which led to an increase in conflict and resulted in one elephant and one villager dying.In contrast, in the Dambulla and Digampathana areas, the people are trying to manage the garbage by sorting and separating it. This way, it still provides the elephant with the food it is already used to. This is the most progressive and best solution we have as of yet.”

Any animal consuming garbage, especially from massive dumps, is not something that should happen or be allowed to happen by the authorities.

However, if clearing out these dumps leads to the increase of a problem that can be directly linked as a cause for these deaths, it may not be the best way forward.

It is a far more complex problem, one that is shadowed by more pressing ones like HEC.

We hope the authorities together with experts will address this issue that is causing panic and going viral in international media.

Adapting to the new normal: Travel photographer Ayesh Dananjaya on what he’s been up to this year

December 31, 2020 byNethmi Liyanapathirana No Comments
Ayesh Dananjaya Perera is a 27-year-old video creator and photographer who runs a video production company by the name AD Films, which produces video commercials such as documentaries..

One song to change the world

July 13, 2021 byNews Admin No Comments
Sri Lanka is facing a nationwide crisis of child abuse. In order to fight for our children together and put these monsters behind bars, renowned local musicians came together to create a song dedicate