January 21, 2020 by themorninglk No Comments 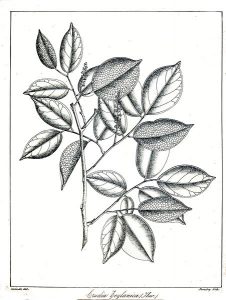 It is both an absolute marvel that this plant that was sighted a century ago has been re-encountered as well as an equal disappointment to know that it being overlooked by one group of people would have meant a complete wipe out of its existence once more.

The Sri Lankan legume (Crudia zeylanica) was discovered and named a new species in 1868 and was last seen in 1911. Since then, there is no record of it being seen, and it was eventually presumed to be extinct. The 2006 IUCN (International Union for Conservation of Nature) Red List categorises it as extinct and so does the National Red List 2012 of Sri Lanka prepared by the then Ministry of Environment and Renewable Energy.

The plant did not have a photograph of it till it was rediscovered recently; even our National Herbarium only had a sketch.
In light of this significant rediscovery, The Sunday Morning Brunch spoke to environmental lawyer and ardent conservationist Jagath Gunwardana, who had also expressed his thoughts on social media and then a website that focuses on environmental issues.

Below are excerpts of the interview: 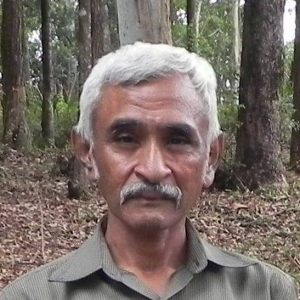 How was the plant rediscovered?
It was found by a team led by Imesh Jayasinghe and Rajadeva. It was then identified by the National Herbarium in Peradeniya. Thereafter, once they realised this plant was going to be in the middle of the tracing of the highway, they had informed the authorities of this plant, emphasising that it needs to be protected. It was found along what will be the Central Expressway to Kandy. No construction has been done in this particular area yet; they have only marked the trace.

In what areas can we find this plant?
It has been sighted in Daraluwa near Gampaha. The last time it has been sighted, according to records, was in 1911, more than a century ago. There is always a way of both saving the plant and having the road. The engineers have to come up with an alternative way in achieving that.

How had it been overlooked?
The environmental impact assessment (EIA) process has become rather problematic due to the insufficient research carried out before the report is prepared. The Central Environmental Authority (CEA) and the project-approving agency go by the contents of the report. So, if the report is not adequate, both the CEA and the project-approving agency are misguided and will be in the contrary.

The National Environmental Act introduced an internationally accepted process that is the EIA as part of the strategy to achieve sustainable development. It is the process of first predicting the potential impacts of development activities on the natural and social environment and then suggesting measures to prevent or minimise the negative impacts and to enhance positive impacts.

The legal framework for the EIA process in Sri Lanka has been laid down in the National Environmental Act in 1988. The EIA process is mandated only for large-scale development projects or projects which are located in environmentally sensitive areas.

Most such projects are dependent on loans, so they can pressurise the approving agencies to grant approval, and they sometimes have to come up with an alternative solution. So in this particular instance, the CEA has given approval under the condition that they have to provide a detailed survey of the wetland that falls within the trace. And that is how the return of this plant came about. On the other hand, this also shows how the EIA process in Sri Lanka is unsatisfactory.

Who conducts the EIA process?

It is the project proponent who usually does it and, in this case, it is the Road Development Authority (RDA). They have to conduct the process and submit it (report) to the approving process, but the study is not adequately done. Also, it is they themselves who consult the scientists to conduct the survey. Therefore, I believe that they should take the blame. If there is a problem with the project because of this rediscovery, the project proponent has to take the responsibility and not the CEA, the environmentalists, or anyone else. If their consults have done a good job, then this would have been circumvented because they would have discovered it and the tracing could have been accordingly altered.

It is bureaucratic pressure that comes into play with these things and not political or with regard to any regime, especially when it comes to pressuring other institutes.

In your opinion, is it the fault of our system?

The project proponents always try to get the approvals in a hurry and they do a hasty job most of the time. And the consultants they hire too do not conduct the study in depth, for whatever reasons. So the whole process of the EIA is now losing its value, and its credibility is getting eroded in the eyes of the public. This will have very bad repercussions, which is why we must address it right away and bring it back on track. This particular incident coupled with a few more has brought attention to this problem.

What are your thoughts on why it has not been highlighted by the media?

I don’t know. I am very much disappointed with all these large-scale media institutions, to be honest. This issue is yet to be reported in one. This was first highlighted by a Facebook group called Thambapanni. Thereafter, I wrote about the whole EIA process and how it has failed, citing this (incident) as an example. It was only then that it was picked up by the website focused on environmental issues.

Has there been any formal complaint made in this regard?
We are waiting to see how the RDA will come up with an alternative solution. The CEA has done a good job by informing them and encouraging them to come up with an alternative solution. Also, the CEA confirmed me that the environmental division of the RDA has responded quite positively to them and has a positive attitude towards safeguarding this plant.

The intentional or unintentional ignorance of a few would have resulted in us losing a national heritage. This plant is not sighted anywhere else in the world. The exposing of this incident would hopefully limit the repetition of such unforgivable actions. Gunawardana also spoke of how he didn’t want to highlight the shortcomings of our authorities to an international audience. We agree that to have lost something forever would have been truly shameful. Now, we can only anticipate the decision made by the RDA.

Trupanion: Pet shops and breeders, a blight on our landscape

February 15, 2021 byNews Admin No Comments
Sri Lanka has suddenly blossomed into a hotbed of dog breeders and pet shops. All of which/whom have no accountability, no monitoring, no guidelines, no regulations, and no humanity.
Our economy is in