Art is an integral part of the human condition. From prehistoric sculpture to paintings found on cave walls going back hundreds of thousand years, mankind has always been creating, both for survival and for joy and pleasure.

Even in Sri Lanka, a recent archaeological discovery in the thick of the rainforest dating back 80,000 years showed that humans were painting themselves for cosmetic and ritual purposes as well as ornamenting themselves with beads and animal teeth. Creating something of beauty is part of human nature, which is why communities and nations the world over have their own vibrant and distinctive art scenes and creative identities.

Sri Lanka’s art scene is as diverse as its people, art forms, and mediums, with many Sri Lankan artists going on to make a name for themselves, both locally and internationally, with Sri Lanka frequently competing (and shining) on the global creative stage. 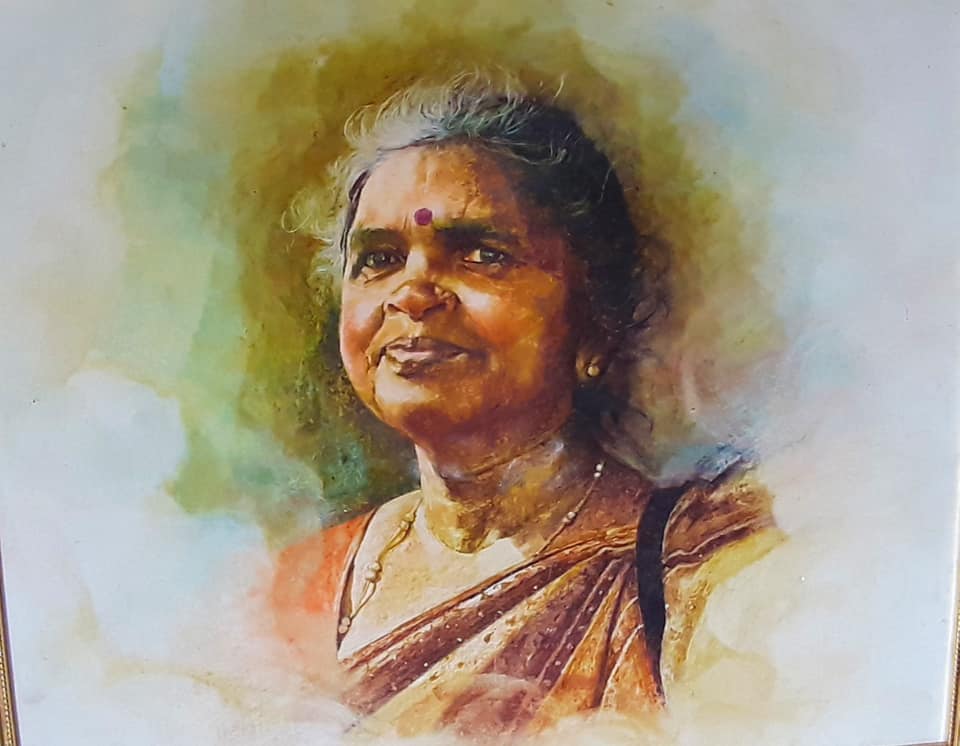 Painting by A Rasiah

Sri Lanka’s creative diversity is as varied as its geography, people, and culture. On a recent visit to northern Sri Lanka, The Sunday Morning Brunch met with Jaffna-born and based creative Thulasi Muttulingam to gain insight into Jaffna’s creative and artistic culture, the challenges Jaffna’s creatives face, and how the creative scene in Jaffna and the North differs from other parts of Sri Lanka. 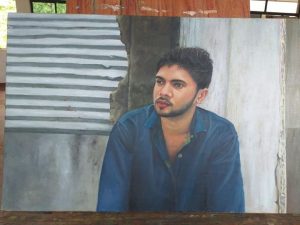 A self-portrait by Mohamed Hathi

Muttulingam explained that she started Jaffna Artistes & Creatives Open Group in an effort to create a safe space for female artists in Jaffna and neighbouring areas in the North and East to showcase their work.

Initially, the group was a closed group to ensure that artists could feel safe, but once Muttulingam saw just how much talent there was and the brilliant art being created by these artists, both male and female, she proposed making the group open so that the wider public could see the breadth and capabilities of Jaffna’s artists.

Some artists, for various reasons, were reluctant to show their work and interact on an open platform, and mindful of creating and nurturing a safe space, Muttulingam created a second public access group, with the closed group still intact for those who valued their privacy.

In the weeks since its creation, the Jaffna Artistes & Creatives Open Group has gained over 1,000 members with over 100 active contributing artists and creatives who showcase their work both for critique and feedback as well as for commercial potential.

The Jaffna Artistes & Creatives Open Group primarily includes artists from Jaffna as well as other areas like Batticaloa, Trincomalee, and Colombo.

Muttulingam shared that while Jaffna does have an art scene with several internationally well-known names, and also its own art gallery, the people of Jaffna have not yet become used to the concept of art galleries and visiting locations solely to look at art.

On the whole, Muttulingam explained that in Jaffna and the North, the art scene is not very vibrant, which is one of the things Muttulingam is hoping to change with the formation of the Jaffna Artistes & Creatives Open Group.

“There is a culture in Jaffna to treat art as a waste of time, or strictly as a hobby, which can create a hostile environment for artists at home, in schools, and in communities,” Muttulingam commented. 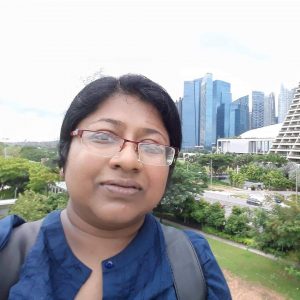 “Everyone doing art here has made it on their own and functions on their own. I’m trying to make it a more functional and collaborative space, where artists can get mentored and network. I’m also trying to form a writers’ co-operative in Jaffna. Even for writers and other creatives, there’s nothing to reach out to in terms of a network for mentoring and growth.”

Theatre has a spot in Jaffna’s culture, being a form of escape during the war when there were no televisions and power supply interruptions were common. Theatre became a form of expression as well as a valued pastime. Jaffna has some very vibrant theatre practitioners and groups. But even in the case of theatre, Muttulingam explained that theatre is viewed strictly as a pastime or hobby. The concept of theatre as a serious form of art, particularly one that people pay to see, is one that has not yet taken root in Jaffna’s culture. “All the theatre actors in Jaffna put in their own time. They’re all doing day jobs and come together and put on shows, but it is pro bono,” Muttulingam commented.

Muttulingam shared some insight on the challenges of building the arts and creative culture, explaining that one of the biggest challenges is cultivating a change in attitude. “There is a lot of stigma that artists face. That they are artistic is not well received,” Muttulingam explained.

The reasons for this attitude are varied; some of these views do stem from the war and its impacts on an economic level. The idea of children following stable streams of education is one that many parents cling to, as opposed to them following other pursuits that are less stable. The trope of being a doctor, lawyer, engineer, or accountant, and nothing else, is still very much alive, not just in Sri Lanka, but all over the world. Creative interests and pursuits are always regarded with an air of frivolity in this context and as something that cannot be turned into a gainful and stable source of income.

In recent years though, as a whole, the world is understanding the potential of the creative industries and how lucrative careers can be made in the arts, though it is still difficult for artistic pursuits to receive funding, both on a state and private level. 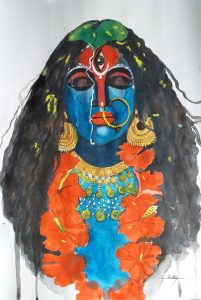 In addition to challenging views on art, biased views on local products, and by extension, local talent, also come into play in the mindset and culture of Jaffna and the North, particularly post-war, with the availability of imported products flooding the market. “Jaffna was cut off for 30 years and had to depend on everything locally,” Muttulingam explained. “We weren’t always geared for that. Once the market opened up, goods from outside flooded in and people were also tired of always using local products.”

This has led to the idea of local products being considered inferior compared to products from outside, a view that is not exclusive to Jaffna culture. This bias towards locals also comes through when trying to foster local art and talent, Muttulingam shared. Local artists are more reluctant to show their work, and appreciation and recognition is also very difficult to come by.

“There are movements in the North that promote the local industry and products but they haven’t yet properly encroached into society’s mindset,” Muttulingam commented.

Building a creative culture in Jaffna is something that will take years, if not decades, but small changes make a big impact and the formation of the Jaffna Artistes & Creatives Open Group is one of those small steps that can go a long way in building a nurturing creative environment. 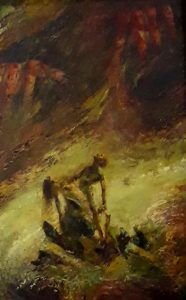 Painting by A Rasiah

Muttulingam shared that one thing artists need now is more appreciation and the breaking down of stigma. More acceptance of art, as well as the practice of buying art, is something that can help in this context.

Artists also need to be braver and more willing to talk about and show their work. Muttulingam explained that while the Jaffna Artistes & Creatives Open Group is not a money-making space, she has looked into possibly connecting artists to buyers and creating the culture of buying and selling art. Surprisingly, Muttulingam has faced some resistance from the artists themselves, because of the idea that selling your art is not respectable, as it is deeply ingrained in people’s minds as a hobby and not something to make money off of.

The fear of artists having their work judged is also a factor here, but the social judgment of profiting off art serves to make artists far less likely to take risks and get their work seen and valued.

This attitude is what needs to change in the immediate term, Muttulingam explained, in order to explore and celebrate art and culture and create an environment for artists and creatives to grow. It will be interesting to see the role the Jaffna Artistes & Creatives Open Group plays in getting this culture off the ground.

May 11, 2021 byNews Admin No Comments
France is, apart from its excellence in cuisine, technology, culture, the arts, scientific research, etc., also synonymous with haute couture. Our viewers thus expected us to regularly feature French