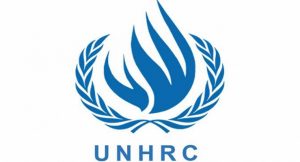 The Core Group – Canada, Germany, North Macedonia, Montenegro, and the UK – had recently issued a statement on Sri Lanka at the UN Human Rights Council (UNHRC). The UNHRC’s 42nd session is currently underway. Unfortunately, key parts of that statement don’t make much sense.

The group “believes that the pledges made by Sri Lanka to its people are the essential ingredients for national healing, stability, and prosperity. The Core Group remains steadfast in its commitment to supporting Sri Lanka’s future through the implementation of the Resolution. Continued support for the process from the Government and people of Sri Lanka will be critical for these measures to succeed.”

Here’s the next paragraph:

“There have been important developments since 2015 which demonstrate good intentions on the part of the Government and reflect the work of many committed individuals. Some key domestic institutions have been established. However, the pace of progress has remained slow in many areas, with bureaucratic constraints hampering delivery.”

In terms of following through on previous UNHRC commitments, the pace of progress has been glacial indeed. It’s interesting that “bureaucratic constraints” have been mentioned while other larger factors have not.

To be sure, Colombo’s lack of progress on transitional justice includes bureaucratic elements. Nevertheless, that’s not the main issue. Relatedly, it’s strange to recognise the Government’s “good intentions” because it’s fundamentally untenable to suggest that Sri Lanka’s transitional justice roadmap was actually meant to be realised.

The principal hindrance to progress remains political will. Colombo was never serious about implementing a credible, comprehensive transitional justice programme.

Minister Mangala Samaraweera isn’t the Government; a variety of international actors learnt that the hard way. All those speeches that he made in international forums were purely for international consumption.

President Maithripala Sirisena and Prime Minister Ranil Wickremesinghe are both weak and insecure leaders. Even if they did believe in the Government’s purported transitional justice agenda, it’s hard to imagine them acting upon it. Furthermore, that plan was never adequately conveyed to the general public.

Now, elections are right around the corner, and the Rajapaksas are poised to return to power. The reality is that there’s never going to be a convenient time for the central government to reach out to the Tamil community and address core Tamil grievances. Election season is particularly inopportune because the prominent political parties will undoubtedly appeal to majoritarian concerns and attempt to appease Sinhala-Buddhist national elements within the polity. The Easter bombings have added an additional layer of complexity; another numerical minority is under assault.

It’s unhelpful to frame Colombo’s disappointing transitional performance in bureaucratic terms. Even if Gotabaya Rajapaksa fails to ascend to the presidency, the island nation’s transitional justice programme is likely to remain in, at best, deep trouble for the foreseeable future. Poorly conceived statements at the UNHRC (or elsewhere) are not going to shift the realities on the ground.

(Taylor Dibbert is a freelance writer and human rights consultant)

No certainty in the presidential election

September 1, 2019 byThe Sunday Morning No Comments
The presidential election to be held at the end of this year promises to be one of the most closely fought contests in the recent past.

December 5, 2018 bythemorninglk No Comments
In an article titled “Sacking RW, appointing MR & Dissolution of Parliament are unconstitutional”, published in the Colombo Telegraph, Prof. Suri Ratnapala articulated the reasoning for his...