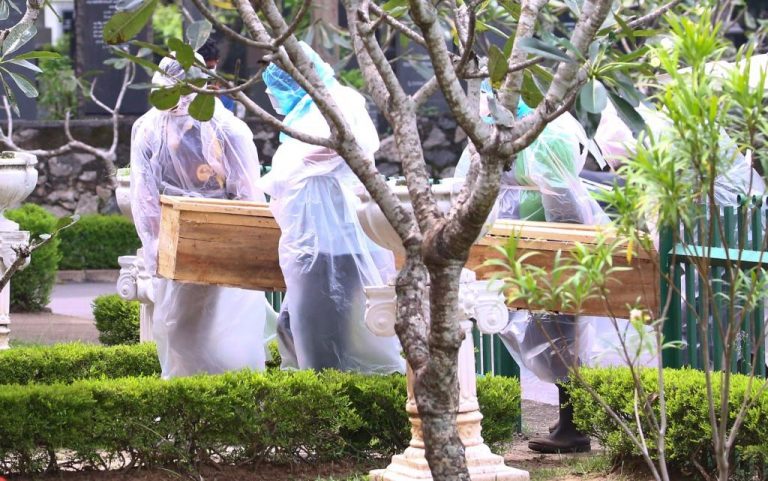 February 21, 2021 by Dinithi Gunasekera No Comments

The blanket policy on cremating the Covid-19 deceased without taking into account the religious preferences, and in turn the human rights, of the Muslim community, is still being implemented, despite evidence that burying the Covid-19 deceased poses no threat in terms of the spread of the virus. Social media continues to be flooded with the hashtag StopForcedCremations, as pained Muslim brothers and sisters, activists, and allies stand together, pleading for a reversal of the policy by the authorities.

After a long wait, Prime Minister (PM) Mahinda Rajapaksa, on 10 February, delivering a statement in Parliament, said the Government would allow burials. This gave rise to a new wave of hope within the community. However, the Government backtracked soon after, saying the PM could not make the final call on the matter without the recommendations of the technical committee appointed to study the burial of the Covid-19 dead.

In this backdrop, The Sunday Morning spoke to a number of diverse individuals about their thoughts in this regard.

Two sides to the story 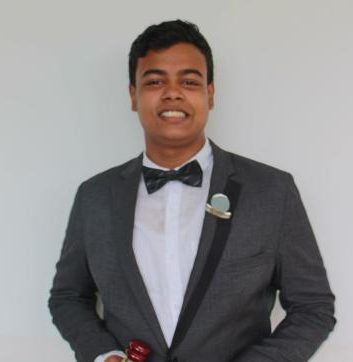 PM Rajapaksa’s move to allow the burial of the Covid-19 dead is commendable. However, the question remains as to why they waited till February to allow it, right after Pakistani PM Imran Khan said that he was coming to Sri Lanka, whereas virologists in Sri Lanka announced that there was no issue of burying the Covid dead in December 2020.

There are still two sides to the story, however. The Muslims’ call for religious freedom can be justified, but why is it that only the majority of Muslims are calling it out, and not Catholics and/or Christians?

On the other hand, Covid-19 is an ever-mutating virus about which we do not know everything. Hence, we simply do not have the experience nor time to conduct research to know for sure whether burying the bodies will have drastic consequences or not.

Another case of systematic, structural racism in SL 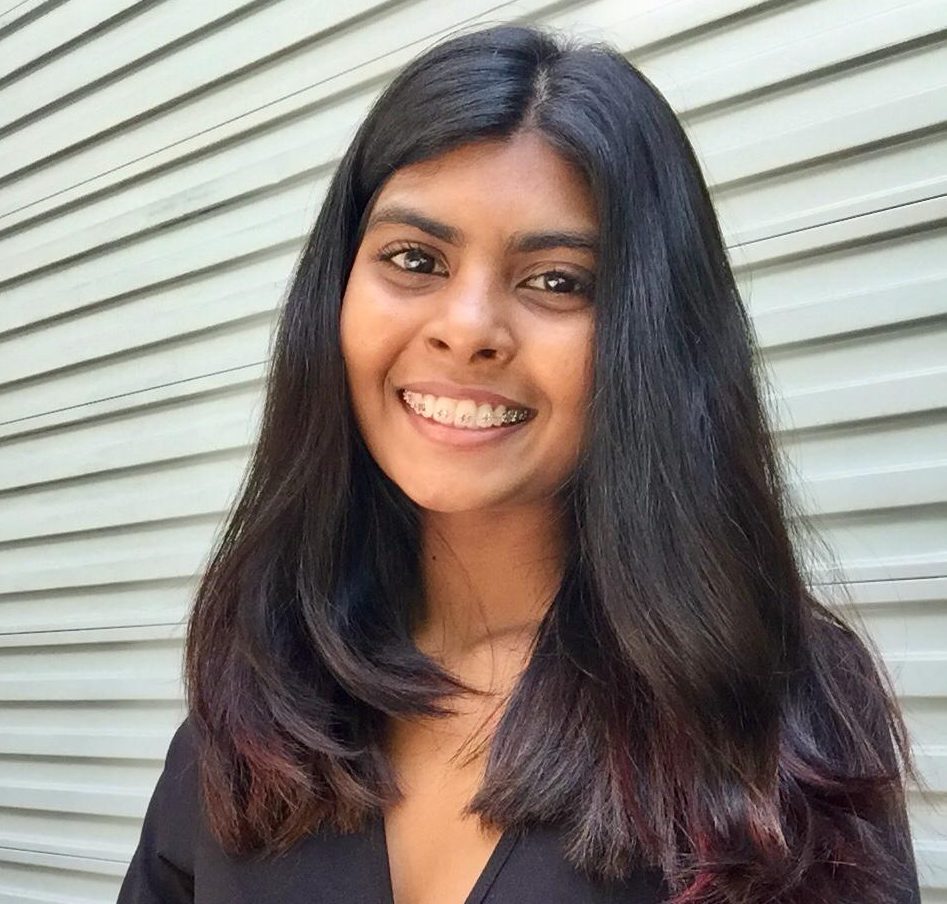 Throughout the past year, we witnessed how differently the Covid-19 pandemic affected the privileged and nonprivileged. In a society where race, religion, and other social constructs determine the basis of our level of privilege, these forced cremations come as no surprise. Thus, one can say these forced cremations are another case of systematic, structural racism in our country. Sri Lanka has a dark history of systematic racism leading to chaos, and nobody wants such a history repeating. It is evident that burial rituals are a massive part of some religions, especially Islam, and denying people of this basic right will only make it more difficult to contain the virus, as people become hesitant to get tested or follow the appropriate guidelines. I stand in solidarity with my Muslim brothers and sisters in their fight to exercise a basic right. Since the Prime Minister approved of these burials, despite the controversy surrounding the approval, we should be optimistic about a feasible solution. As citizens, we should also be aware of all the misinformation being spread through different sources, as it can only make the situation worse.

Religious beliefs aside, when there is no scientific evidence to support the claims made by the Government and some of the medical experts, there really is no basis for mandatory cremations of the Covid-19 dead. Especially when those claims have been debunked by world-renowned specialists in the fields of virology, microbiology, and immunology, in addition to the fact that the claims go against international health guidelines and scientific studies, I don’t understand nor see the justification for forced cremations.

It’s really disheartening to see some scientists and experts in the country making a mockery out of science for reasons best known to them. This results in Sri Lanka becoming a joke in the international arena, and as a Sri Lankan, that’s something I don’t like to see. This forced cremation issue has only caused more pain and distress among people at a time when there are already so many hardships.

Should learn and move on

Everyone deserves to exercise their rights. A government exists to ensure people’s rights are not infringed. But if the government isn’t doing that, then there can be only two probabilities. Maybe the rights aren’t being violated or maybe the government is incapable of/ignoring dealing with the issue.

This issue should not be made political and be seen as racial profiling or discrimination. It is more of an example of the distance between the citizens and the lawmakers of the country. It only took a few weeks of pressure from social media outlets and other such NGOs (nongovernmental organisations) to make the Government pay attention to this. Therefore, instead of trying to look at the result of the issue in the worst possible light, it would be more efficient to learn and move on. 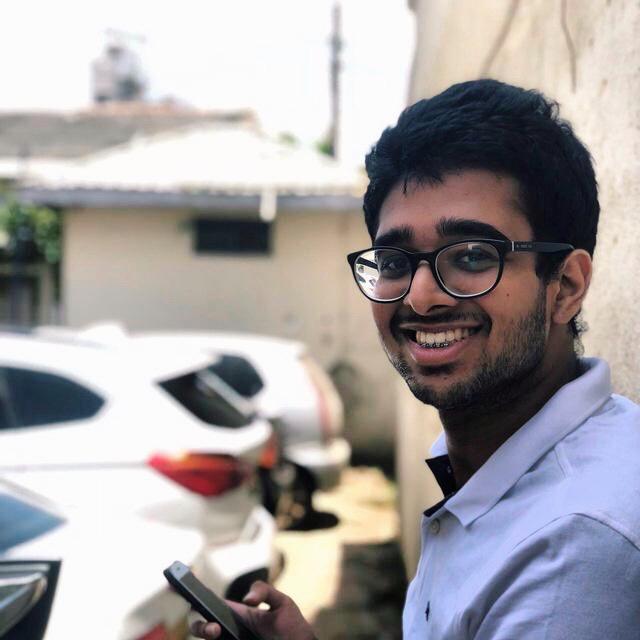 I’m a Sri Lankan Tamil Hindu and I’m part of an ethnic minority as well. My view is that not letting the Muslims bury their loved ones who have passed away due to Covid-19 is very wrong. It has essentially created a racial issue and is only going to fuel pre-existing racial and ethnic tensions in the country between the majority Sinhalese and minority Muslims.

The PM and virologists have approved burials, and above all, so has the WHO (World Health Organisation). Apart from denying the fundamental right of allowing burials for Muslims – which is based on one of their most sacred beliefs – I take issue with the prolonged unnecessary ethnic tension. The Muslims are going to start absolutely hating the people who are allowing this to happen – the majority. 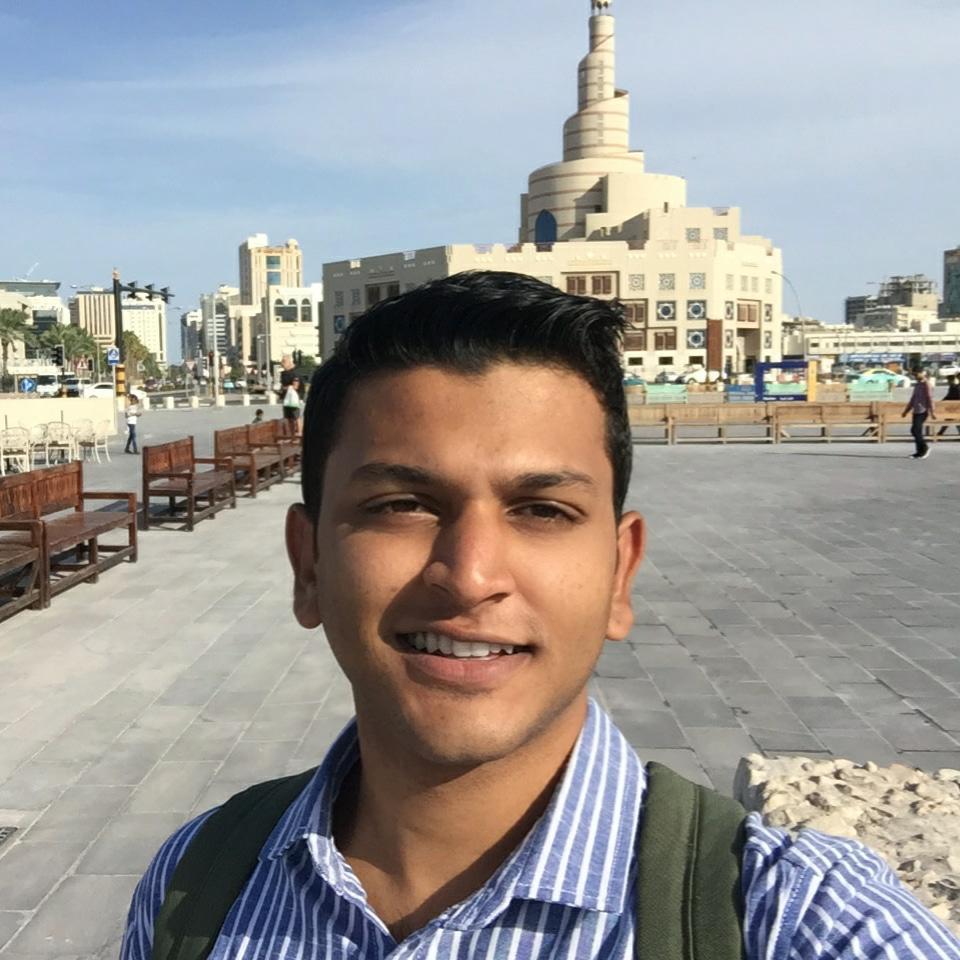 After so many world-renowned virologists like Prof. Malik Peiris and even the expert committee that was appointed by the Ministry of Health itself declared that it is safe to bury Covid-19 victims, and while 180-plus countries all over the world continue to bury their Covid-19 deceased, the Government of Sri Lanka (GoSL) is continuing forced cremations.

By now, it is evident in every way that the GoSL is ignoring the scientific evidence and is pushing the “One Country, One Law” narrative to support these forced cremations. But here’s the problem. We have a mixture of laws such as the Kandian Law, Thesavalamai, Muslim Law, etc. – all recognised by the Constitution of Sri Lanka.

While the GoSL has done nothing to change any of these segregated laws, specifically exercising the notion of “One Country, One Law” on a particular ethnicity, a particular faith, is utterly racist and discriminatory. We are not asking to allow only the Muslims to bury their dead. We are asking to allow any deceased Covid-19 victim to be buried, if so they wish.

The GoSL made false statements on multiple occasions over the past year on how they will stop forced cremations. With no solution in sight, it seems they’ve forgotten one thing – forced cremations are a direct violation of human rights. But in a country where “patriotic politicians” have demonised human rights for the past decade, to their own advantage, convincing the people on the importance of protecting human rights is a Herculean task. We must always remember that we cannot let anyone infringe our rights and our liberties under the pretext of Covid-19.

Not a pandemic issue, this is a racial issue 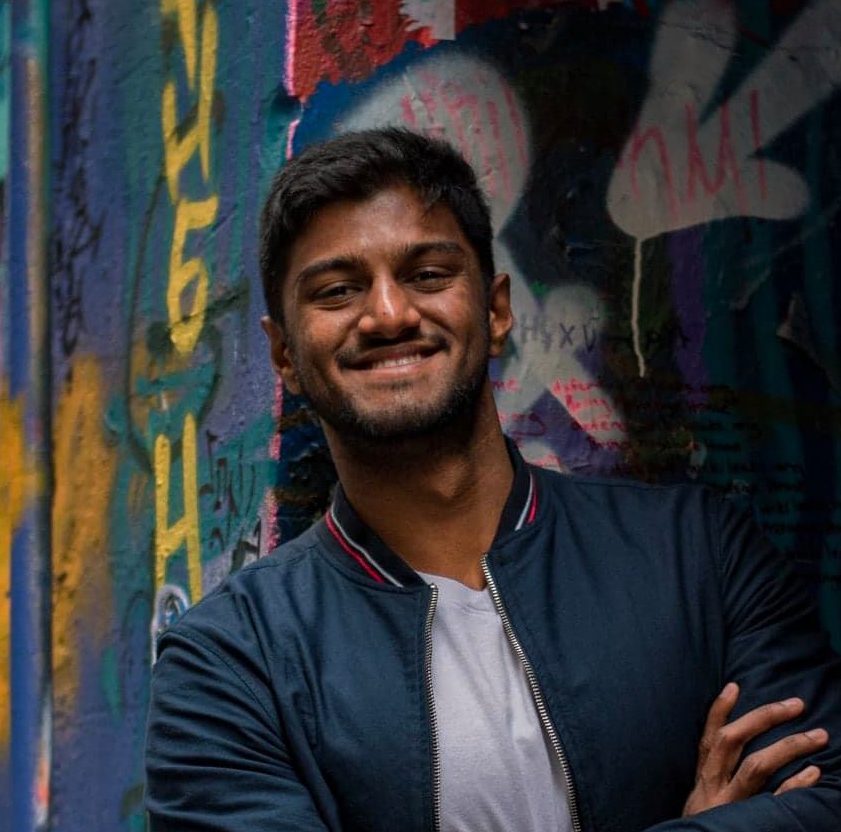 Forced cremations is a humanitarian issue. As a Tamil, I feel so much pain for the families that are losing their loved ones to forced, unceremonious cremations. I believe that if it wasn’t for the collective effort of those on social media, this would not have been raised as an issue in Parliament. Efforts from individuals such as Nabeela Iqbal and Amalini De Sayrah, and organisations such as the Hashtag Generation were pivotal in raising this issue.

Imagine having your baby, your wife, your husband, mother, father, or close friend, forcefully cremated against your will and against your religious beliefs. This issue has been globally looked down upon and it still continues. This is not a pandemic issue, this is a racial issue aimed at the minorities of Sri Lanka. It goes against Islamic beliefs. And the decision, or lack thereof, comes from a lack of empathy, emotional intelligence, and basic human decency.

As a Tamil Sri Lankan, I stand by my Muslim friends, against forced cremations in Sri Lanka. To be truly Sri Lankan is to celebrate each other’s religion and diversity, and that includes being empathetic towards religious beliefs of what cremation means to Muslims. 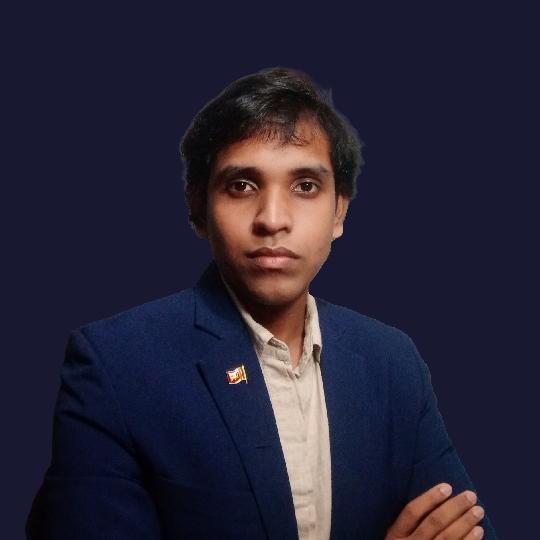 Burying the dead is one of the utmost personal events a family will ever experience, and the political conservative-libertarian in me has always advocated for getting the Government off our backs; this remains the same where forced cremations are concerned. The Government’s decision is purportedly “backed” by an “alternative science” that the disease could spread underground and pollute waterways if Covid-positive remains are buried, and that it could infect the masses. I’m no expert, but if that were the case, anyone would wonder if burial should ever be the method of disposing mortal remains; this broke logic would conclude that all water is infected by the remains of those who died of infectious diseases and that, of course, is not the case. Covid-19 is not the first epidemic of our time. We’ve seen those that are far more fatal than this, and looking back at Ebola, the CDC (Centres for Disease Control and Prevention) put out its guidelines for burial. It stated: “The body is extremely infectious. People who touch the body or come in contact with blood and body fluids of a person who died from Ebola are at higher risk of getting infected,” which is in stark contrast to their opinion on the remains of Covid-19 victims, which stated: “Based on what we know now, it is believed there is little risk of getting Covid-19 from a dead body.”

The Government’s intervention in this matter was highly unnecessary, but so was the leftist coterie’s whole charade surrounding the controversy. Their obsession with race and religion was apparent during their carnival of “reparations for racism” nonsense we’ve had to watch. This controversy was stirred by a “broke” and “woke” logic. The former pushed by the Government and the latter by self-proclaimed “SJWs” (social justice warriors), both of which are to blame for this unnecessary clown-show altercation.

Continuation of oppression of religious minorities

On two occasions, the President and PM requested that dry land be found for burials. The public never heard any follow up on this. Two committees have been appointed to look into it. One, comprising known peddlers of fake news targeting minorities and without virologists, upheld cremations. The second, comprising world-renowned virologists, claimed burials were possible. It should be no surprise which of these two the Government cherry-picked to follow.

All of these contradictions come to mind when we consider the families affected by the policy, as these less-than-genuine measures to “resolve” the issue have dragged on. Mainly Muslim families have suffered not just the loss of loved ones, but utter chaos when they interact with the authorities, and not being able to lay their dead to rest with dignity. It is a violation of their fundamental right to religious beliefs, which the Sri Lankan State, on paper at least, promises all its citizens.

Many will accept this policy – and ask grieving families to accept the policy – uncritically citing Covid regulations, despite it having no grounding in health or science, and despite burials being practiced in countries across the globe. This signals that the Sri Lankan Government enacted the policy of forced cremations not benevolently for concerns of health, but as another step in the continued targeting of religious minorities in this country. “Continued” being the key word here, as the oppression of religious minorities, and Muslims in particular, did not begin or will not end with the pandemic.