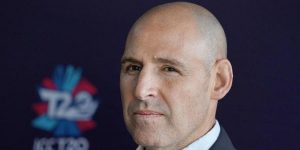 The Afghan cricket team were set to play in a one-off Test match against the Aussies, in what would have been their first tour Down Under. However, after a slew of postponements owing to the Covid-19 pandemic, the plans for the match have been further hit by the political situation in Afghanistan.

Cricket Australia’s chief executive Nick Hockley told SEN radio, “It’s an extremely challenging and complex situation. There are so many layers to it and it really does transcend cricket. The situation as it stands today, is that Afghanistan are a full member of the (International Cricket Council) ICC, they’re due to play in the T20 World Cup, but we’re working very closely and having all the right discussions with the ICC, with the Australian government and ultimately we’ll take our lead from them. We don’t yet have answers but we’re in dialogue and taking advice from all the relevant organisations.”

The match, Afghanistan’s first Test against Australia, is due to take place from 27 November in Hobart. Earlier, Tasmania Premier Peter Gutwein stated his concerns about the fixture and said he would seek guidance from the local Hazara community. The Taliban violently persecuted Hazaras, Afghanistan’s third-largest ethnic group and a religious minority, when governing from 1996 to 2001.

Afghanistan tour of Australia: “I have very real concerns as to whether or not the state should hold that match without some very clear commitments being made around it, in terms of the future of women’s sport,” Gutwein said.

He added, “What I intend to do, in terms of that match going ahead, is reach out to the Hazara community later this week and have a chat with the local communities here to get a sense as to their view. We’ll be seeking to engage with the Australian Cricket Board and I want to get the feedback from our local community as well.”

Afghanistan Cricket Board chief Hamid Shinwari had previously stated that women’s cricket in the country was in grave peril following the Taliban’s takeover. Under ICC rules, member nations have to provide equal access to the sport for males and females. Hockley said, “I think it’s something that is being keenly followed and observed. I think here in Australia, we’ve been a real driving force in growing cricket for women and girls.”