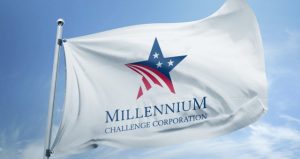 The MCC proposal was put-forth by Finance Minister Mangala Samaraweera.

The implementation of the grant will begin early next year. Funds will be allocated to projects related to Colombo traffic management, Road Construction and land administration improvements island-wide.

The Sri Lankan Government has the option of amending the identified projects even after the signing of the Agreement. Samaraweera is expected to sign the agreement in the near future.

Sri Lanka is the 37th recipient of such grant funds from the United States.

Sri Lanka began negotiation with MCC in 2001 at the direction of Prime Minister Ranil Wickremesinghe.

MCC negotiations were led by the Ministry of Finance and the MCC compact was developed and finalized by the Compact Development Team of the Prime Minister’s office.

March 1, 2021 byLahiru Pothmulla No Comments
A total of 509,275 persons have been vaccinated as of today against COVID-19, Chief Epidemiologist Dr Sudath Samaraweera said.

June 2, 2021 byMihi Perera No Comments
Island wide travel restrictions have been extended until the 14th of June, Army Commander and Head of the National Operations Center for the Prevention of Covid-19 Outbreak (NOCPCO) General Shavendra