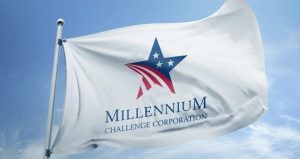 However, Gunawardene said the government was prepared to discuss matters of concern with the US government and amend the agreement accordingly.

Prime Minister Mahinda Rajapaksa handed over the interim report by the MCC review committee to the cabinet yesterday (27).

The decision was taken after the contents of the report were discussed by the Cabinet of Ministers.

October 5, 2020 byCharindra No Comments
A female apparel factory worker from Minuwangoda has tested positive for COVID-19 at the Jaffna Hospital and is being transferred to IDH, according to Army Commander Shavendra Silva.

July 20, 2019 byRandev No Comments
Approximately 203 Kg of Kerala Ganja (Cannabis) was seized by the Police whilst being transported along the Mannar-Medawachchiya road at Andiyapuliyankulam, Vavuniya.