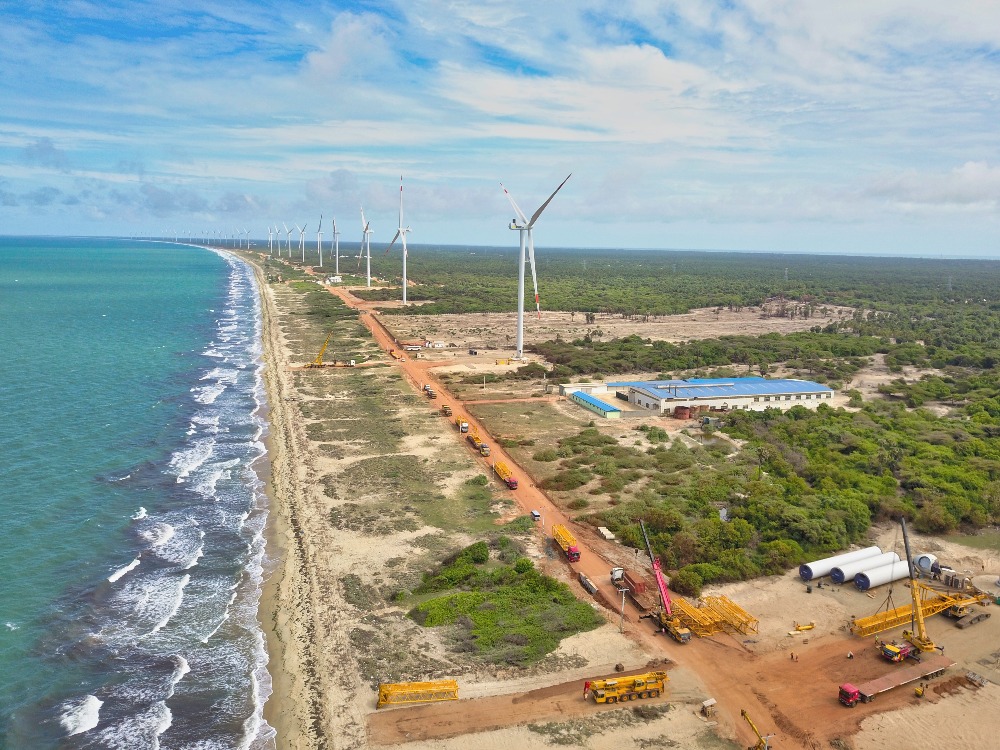 Including this recent cabinet sub-committee, several other committees appointed to solve the power shortage in the past decade, and also energy experts, have advocated for successive governments, including the present one, to focus more on renewable energy resources, especially solar power, as Sri Lanka, being a tropical country, is blessed with sunshine throughout the year – yet, solar power is not a primary source of energy generation for the national grid.

The latest statistics of the Ceylon Electricity Board (CEB) show that the energy required by the national grid at present is being generated by thermal coal, thermal oil, hydro, small hydro, and wind. The wind power contribution towards energy generation is only 0.1%, while hydro power generation at present stands at 29.98%. The majority of the energy requirement at present is fulfilled by thermal coal, which contributes 56.78%, while the contribution from thermal oil is 12.33%.

According to Power Minister Dullas Alahapperuma, the suggestions submitted by the sub-committee comprising Ministers Vasudeva Nanayakkara, Bandula Gunawardana, and Dr. Ramesh Pathirana included the purchasing of power plants if possible, purchasing renewable energy from factories, and for large-scale renewable energy plants to meet demand until a new power plant is commissioned.

The sub-committee had therefore suggested undergoing a tender process to source possible investors willing to invest in large-scale renewable energy plants, as well as to purchase renewable energy from factories that have appropriate storage facilities.

When contacted, State Minister of Solar, Wind, and Hydro Power Generation Projects Development Duminda Dissanayake said a number of solar and wind power projects have now been initiated under his Ministry, and steps have already taken to award some of these projects, while feasibility studies are being conducted by the Asian Development Bank (ADB) as well as the World Bank for several other projects.

“We have completed awarding tenders for 147 MW of solar power in March, and we are hoping to connect those into the national grid by December 2022. In addition, we are at the final stage of completing the feasibility study for the 100 MW solar park in Siyambalanduwa. This will be the largest solar project in recent years. Also, there is another 25 MW wind power project at the Mannar Wind Power Plant that will soon be completed,” he explained.

“CEB is paying money for rooftop solar generation, but since the energy flow is varying and does not come from a plant, the CEB has no count of such solar power generation,” Dissanayake stressed.

The ADB’s assessment of Sri Lanka’s power sector on 100% electricity generation through renewable energy by 2050 highlighted that even though Sri Lanka has abundant potential for harnessing wind and solar energy, a proper mix is required to meet the evening peak demand, when solar energy will not be available; and also, to achieve 100% renewable energy generation, a significant amount of supporting infrastructure development will be required.

The generation mix between wind and solar energy has been determined to be such that by 2050, solar energy is expected to contribute 30%, while wind energy will contribute 50% of the total demand.

Fernando stressed that the national energy requirement is growing by 5-6% per year, making it important to increase grid capacity and various other capacities, such as transmission lines.

“It’s a question whether you will take renewable energy, diesel power, or coal power, or whatever; you have to expand the grid capacity according to the future requirement of the country. When the country’s economy is growing, its energy requirement is also growing,” Fernando stressed.

According to the SIA, Sri Lanka is yet to fully exploit all available opportunities to achieve its solar energy targets, as obstacles continue to be posed by various lobbies.

However, the Association noted, it is a must to add 200 MW of rooftop solar to the national grid per year to achieve the Government’s policy of 80% of Sri Lanka’s electricity energy demand being met through renewable sources by 2030.

As per the government policy, the country should build at least 200,000 rooftop solar power plants, adding 2 GW within the next 10 years, to support the overall target, while adding another 3 GW of power through ground-mounted solar power plants.

The Association stressed that only 270 MW of roof-mounted solar systems and 62 MW of ground-mounted systems have been added to the national grid from 2016 to date, and this slow pace of growth will not be sufficient to meet the target set for 2030. Therefore, they stressed that the capacity addition to the grid from solar power should be increased to 200 MW annually, starting from 2021.

Furthermore, it is stated in his manifesto that 230 MW of power would be added to the national grid by installing the hydropower stations in Broadlands by 2020, Uma Oya by 2021, Moragolla by 2023, and Talapitigala and Seethawaka by 2024. Meanwhile, 100 MW is to be added to the grid via wind energy in Mannar, while 800 MW is to be added through solar energy, which are to be achieved through public-private partnerships in potential locations around the country, including Mannar, Pooneryn, and Monaragala.

It was further stated that rooftop solar systems would be encouraged so that households and small businesses would have access to low-cost energy, which will be done over the course of the next five years. The total cost of such investments would be made available through bank loans with low or concessional interest rates. The Government also aims to introduce a new method to release excess power generation to the national grid in improving solar energy utilisation.

The sacred vs. the profane: Censoring texts in the name of Buddhism

March 25, 2021 byNews Admin No Comments
Sri Lankans take religious freedom extremely seriously, and any act they deem to be an insult to their religion or religious beliefs has the potential to lead to major issues. Sri Lanka has, in fact..

Sunny Side Up: Fishing in murky waters?

May 16, 2021 byNews Admin No Comments
The Sri Lankan community in England has reportedly expressed displeasure at moves by the Sri Lankan High Commission in the UK to launch a promotional campaign in the UK using over Rs. 6.7 million targ