Can we look at the bigger picture?

October 7, 2019 by The Sunday Morning No Comments 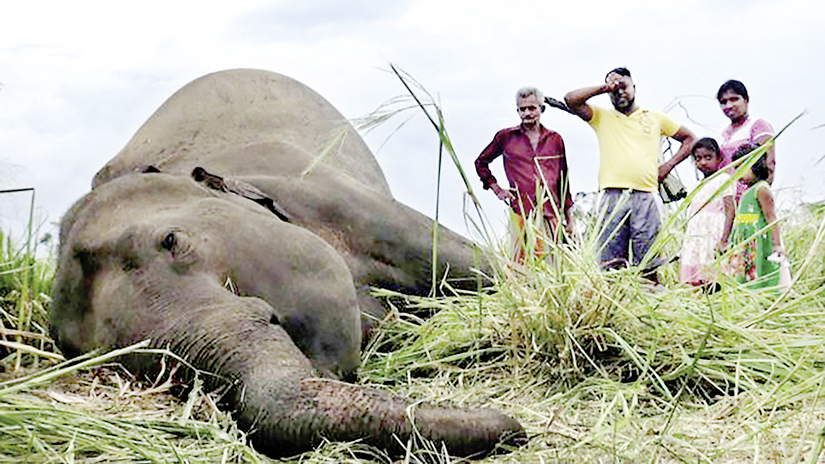 The whole world is talking about the seven big members that died in our family. This article is not to discuss just that or to go on a fault-finding mission. An extremely unfortunate series of events took place in the Thumbikulama Reserve. We need to move forward, but do we move forward forgetting this? No, we move forward trying to correct some corrigible errors we made on the way, and trying to avoid some avoidable mistakes we are just about to make. This is the purpose of this investigation.

Speaking to officers with decades of experience in the Departments of Wildlife Conservation and Forest Conservation, we learnt that there are three elephant corridors surrounding the area of Thumbikulama.

What is a corridor?

A corridor is a passage that connects one habitat to another. Wildlife is scattered due to human interference, and animals, although the owners of land, do not have the luxury of possessing it. Hence, corridors have come into existence to commute from one section of wildlife habitat to another.

Imagine yourself with all the luxuries put under house arrest. How many days would you survive? The same goes with animals. You may have what you could survive with in a limited space, but living is different from survival, isn’t it? And survival too, when it becomes psychologically depressing and torturous, could result in aggression. If this is the case for us humans with freedom of speech, how can it be otherwise for the voiceless gentle giants?

What is the situation in Thumbikulama?

This is an area with a rampant population with three national parks in close proximity to each other – Kalawewa, Minneriya, and Kaudulla National Parks. Equally widespread is the illegal chena cultivation in the area, which is a result of illegal human settlements. This makes the forest fragmented, causing severe disturbance to natural habitats.

Where can people live?

There is no question that people should not live there, but the question remains as to how planned human settlement should be. If human settlement could be well planned and monitored, human interference can be avoided, and vice versa.

We were all jubilant that our tanks in the Eastern Dry Zone would never go dry, thanks to Moragahakanda. Yes, it certainly is a cause for celebration. I walked to the midst of Parakrama Samudraya in the heat of the drought to explore the seasonal wetland habitats there, but thanks to Moragahakanda, I can now just stand at the bund and be content with the fill of this giant lake. We are ecstatic that the farmers in the entire region will never be out of water for harvesting.

There were more reasons to be joyful. In the middle of the year, which has been the peak of drought for centuries, once again thanks to Moragahakanda, water started to be released to many tanks. Thus, we poked our nose into nature’s affair and expected her to treat us well.

However, drought as well as rain is part of nature, and when interfered with, she gets fierce. With the tanks filling up with the spill of Moragahakanda, the elephants lost what they usually eat on the dry tank bed. Just having water would not do. There should be food too. As it is, the pattern of rain and drought is unpredictable, thanks to the manipulations of humans. All of a sudden, the gentle giants find more water than they can cope with, but not food – certainly not their usual food. Is it a wonder that they get confused?

What is on now?

It started raining in the East just a week or two ago. Although some parts of the island are flooded and it seems rain has always been here in country’s capital, a drizzle is still a luxury to put a smile on to the faces of the eastern inhabitants. This is the time that the plants are at their baby shoots and the harvest has been reaped off the paddy fields.

This is also the time elephants use their corridor because even though it is their own corridor, they are chased away from using it when the crops are in boom – just like someone preventing you from going from room to room in your own house.

Concerns expressed in this article are an amalgamation of experiences of many officers who are in the field witnessing what happens day in and day out. We do not cite names or positions due to the sensitivity of the topic due to pending investigations. But let us quote former Department of Wildlife Director General Dr. Sumith Pilapitiya.

Elephant corridors are perpetually blocked due to encroachment that occurs due to agriculture and human settlements. When the corridors are thus blocked, conflict is inevitable. Once an elephant corridor is identified, the Government should take stringent measures to prevent human settlements in the area because once a settlement is made, de-settlement and/or resettlement is a herculean task. We can neither expect the elephants nor the illiterate poverty-stricken people to understand the gravity and depth of these issues. Therefore, it becomes the responsibility of the Government to take necessary preventive and corrective measures. There had been cabinet papers to declare elephant corridors, but have any of them seen any practical impact? The Thumbikulama tragedy is a mere symptom of a larger disease. Perhaps, it may not be too late to treat the disease from spreading. If so, what are you waiting for? If you want to act, please act now!

The Everest duo take on the Seven Summit Challenge

January 27, 2019 bythemorninglk No Comments
On Thursday, 31 January, Jayanthi Kuru-Utumpala and Johann Peries, who famously conquered Mount Everest will set off to take on their next big challenge – Argentina’s Mount Aconcagua.

Not your typical love story