Can’t get enough of Squid Game

October 8, 2021 by Dimithri Wijesinghe No Comments

Let’s talk Squid Game! Even if you haven’t had the chance to watch this brand new Netflix sensation, you’ve certainly heard about it and have come across all the many memes that it has spawned all over the internet. 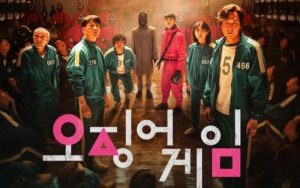 But, briefly for the uninitiated, it is a Korean drama that premiered on 17 September on Netflix. Since its release, it has gone on to become the number one most streamed show in 90 countries around the world. 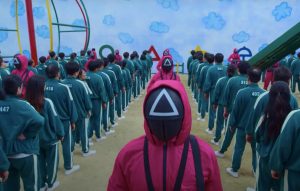 Squid Game was written and directed by Hwang Dong-hyuk – whose other works you may recognise include The Crucible (Silenced), which was one of the biggest stories in Korean cinema in 2011, Collectors (2020), and several others.

Squid Game is a survival drama television series that is a bracingly violent thriller that has drawn comparisons to stories like The Hunger Games, Battle Royale, and even the more recently released Alice in Borderland for its eye-popping gore and nail-biting tension.

Although some may argue that the real reason it has become a runaway success is its timely message, high octane excitement aside, the show explores universal themes in its contained critique of capitalism and exploration of class anxiety.

The show does all this in an unassuming setting which portrays a cheery, pastel-hued game play, and even still, what’s most unique about the show is that, unlike those aforementioned dystopian thrillers featuring similar battle-to-the-death tournaments, the contestants in Squid Game have all arrived in these games by choice. They were made well aware of the horrors of the games, but they play the games out of sheer desperation, ground down by the bleak future of living with insurmountable debt. 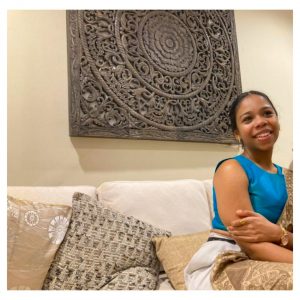 Considering the show’s global success despite being entirely in Korean, there have been many who overcame the language barrier to enjoy the show – as famously echoed by Academy Award-winning South Korean Director Bong Joon-ho: “Once you overcome the one-inch tall barrier of subtitles, you will be introduced to so many more amazing films.” It’s really a matter of the content at this point, and we spoke to a few Sri Lankans who watched and loved the show to share their thoughts.

Considering how popular the show has become, when you ask somebody: “What did you think about Squid Game?” there were an endless horde of opinions.

Naomi Jacob said: “I think it was a fantastic show, and it resonates well with western audiences, probably because of this whole every-man-for-himself spirit of neoliberal late capitalism, that is more than familiar with people in the west.” She added: “It’s great to see how global everything is becoming. I loved Squid Game, but if you look at these listings you see that popularity is not with the English language anymore. Of course there are shows like The Crown and Bridgerton which have had explosive runs during their streaming time, but at the same time you have massive shows like the Spanish Money Heist, or the French show Lupin; all examples of how we are overcoming our perceived barriers to share our stories. It’s quite beautiful.” 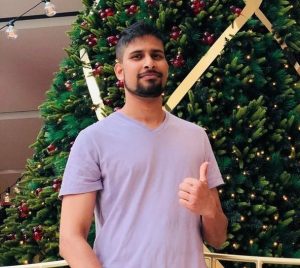 Lankan Diman Warner, currently residing in Australia, also shared his thoughts on the show: “A binge-worthy experience full of twists and tricks. It actually portrays the dark side of capitalism in a funny, yet intriguing way.” 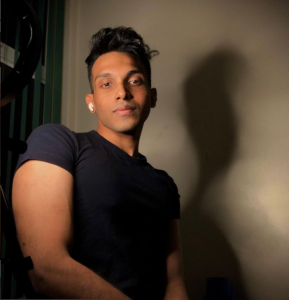 Gayantha Wickramarathne had this to say: “Hilariously traumatising. It’s refreshing to see K-drama in a different direction. I loved it!” 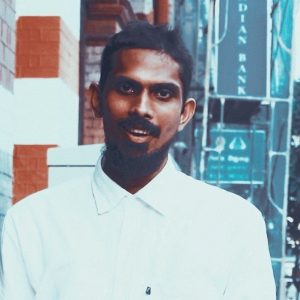 Ranush Ratnasekara noted: “The show is a nail biter and it’s impossible not to binge. You watch one episode and there really is no way that you are waiting for the next episode. It also showcases humanity through a very philosophical lens,” he said, adding: “Korean shows tend to have this element of commentary and deeper exploration of the human way. These shows are definitely a level above the somewhat shallow content that is coming out of Hollywood these days – especially owing to this woke culture; there’s just no substance in a lot of western content and Korea has been able to pick up the slack.” 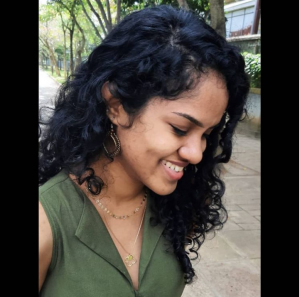 Nivedhaa Hariharan also shared her thoughts on the show, stating: “I really enjoy K-dramas, and Squid Game was just pure adrenaline from episode one. There has been a misconception about K-content that has now slowly started to strip away, owing to all of the mainstream successes that Korean content has been experiencing. What a lot of people don’t realise however, is that there is a lot that we are seeing and consuming that is coming from Asia. Be it South Asia or East Asia, our culture is rich and it’s vibrant and impossible to ignore, and the west is just beginning to get a taste.”

July 9, 2020 byNaveed Rozais No Comments
Annika and Saskia Fernando on overcoming obstacles of the pandemic

Celebrating the camera-shy woman, Ashila Dandeniya: A voice for the unheard

March 14, 2021 byNews Admin No Comments
In the Katunayake Free Trade Zone (FTZ), so much is about the battle to survive. A lot of the things we take for granted – like having a safe home, eating three meals a day, and living as a respected