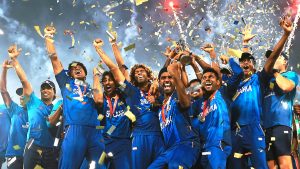 The T20 World Cup final in Dubai is set to be held with a minor presence of crowd, meaning it will lose the essence of the Euro 2020 final or the Football World Cup final.

But both the Indian and the Emirates cricket boards are keen on changing that.

The two boards have sought permission from the UAE authorities to conduct the final with a capacity crowd for the T20 World Cup final on Sunday, 14 November at the Dubai International Stadium.

On This Day, 3 September: Woolmer bats for eight hours in a six-day Test

September 3, 2021 byRevatha No Comments
Woolmer saves England by batting over eight hours at the Oval in a six-day Test