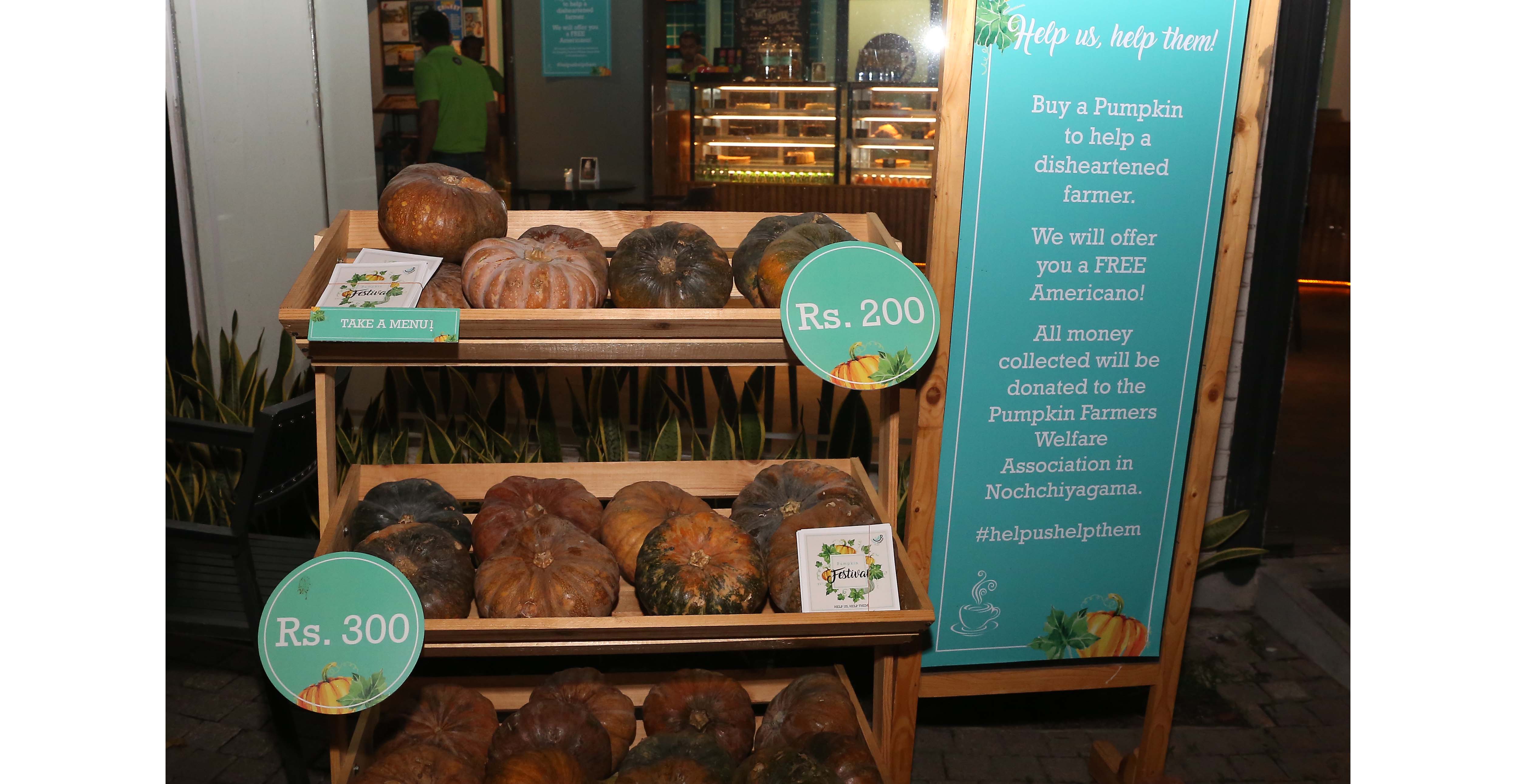 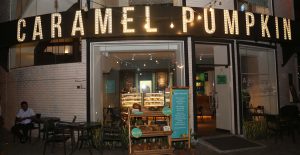 Caramel Pumpkin initiated a CSR project for the purpose of shedding light on the excess harvest of pumpkin in areas such as Ampara, Anuradhapura, and Monaragala. The media brief of the CSR project took place on 19 March, and was followed by the menu tasting, which had specially curated food items that had pumpkin incorporated into them.

Barista Coffee Lanka (Pvt.) Ltd. General Manager Dilupa Pathirana shared that one of the main issues he witnessed during his visit to Nochchiyagama, the central location to source pumpkins, was the price at which the pumpkins were sold, which was as strikingly low as 50 cents per kilo. 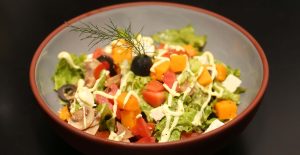 This then opened up additional issues pertaining to storage as it increased costs, thereby pressurising pumpkin farmers to burn their excess harvest. Concerned, Pathirana and his team strategised a plan to act as a guiding light for these farmers. They purchased a bulk of 10,000 kg of pumpkin for the purpose of selling at a higher rate than it would generally be sold.

For instance, 1 kg of pumpkin, which would generally be priced at Rs. 25, was now priced at Rs. 200-300 at Caramel Pumpkin. If a good cup of black coffee is all it takes to get you through your day, Caramel Pumpkin’s got you covered as part of the initiation as all customers will receive a free Americano worth Rs. 400 in return for their pumpkin purchases and donations. 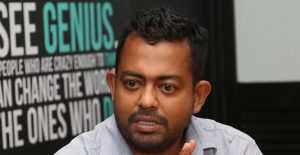 All contributions, as Pathirana added, will be donated to Pumpkin Farmers Welfare Association, Nochchiyagama. “We are not keeping anything from what we collect from our pumpkin sales – we collect it and completely give it away,” he said.

Truth be told, there’s only so much one is able to do with a kilo of pumpkin. If customers wish to utilise the entirety of it instead of wasting any part, they are provided with an attractive brochure containing a set of delectable recipes they could try, right in their very own kitchens.
Apart from this, we were presented with a new menu which incorporated pumpkin and its essence in every way possible. Now with every purchase of an item within this menu, Rs. 100 of the total price of the product will be donated to the farming community.

Here are some of the items on the menu: 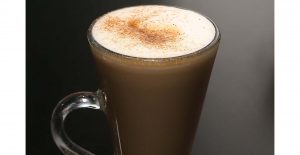 The latte definitely delivers on the promise of spice, together with subtle sweetness. The latte was definitely beyond average in terms of technique and its coffee flavour. 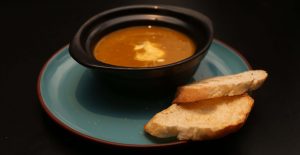 This dish screamed pumpkin from the get-go compared to all the other items on the menu. The soup was prepared in a manner which not only highlighted the pumpkin, but also churned out such great flavour. Needless to say, the toasted bread included added the occasional crunchy texture when required.

Despite its freshness, the portion of this salad is sure to fill one up on its own. The vinaigrette, together with the other elements such as olives, pumpkin, and fresh tomato brought this entire dish together. 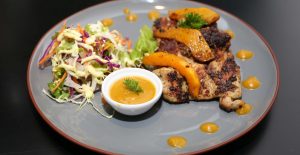 All the elements were cooked to perfection, including the chicken which was quite moist, fulfilling our expectations. The chicken tasted even better when paired with the side of pumpkin puree and roasted pumpkin.

The side of coleslaw provided freshness when required, as well as that much-needed crunchy textural element to the dish.