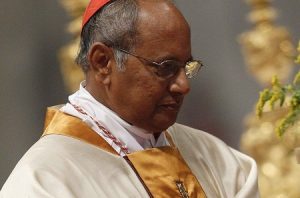 The recording of evidence took place at the Commission’s office located at BMICH.

Former President Maithripala Sirisena appointed a five-member Commission in September this year to inquire into the Easter Sunday Bombings.

January 12, 2022 byNews Admin No Comments
A fake Constitution alters the rules of logic that are the basic foundations of a good constitution. The change of logic leads to irrationality. The spread of irrationality into public institutions cr

Repatriation of Sri Lankans: 120 repatriated from Qatar and UK

August 13, 2020 byTSM Web Desk No Comments
A group of Sri Lankans stranded in foreign countries due to the Covid-19 outbreak were repatriated yesterday (12).