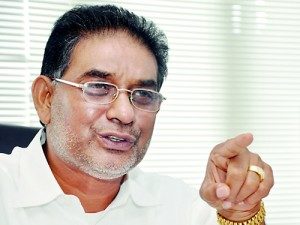 MTD Walkers PLC said in a Colombo Stock Exchange (CSE) filing that it had been informed by its holding company MTD Capital Bhd that the latter would not pursue the transaction.

The official reason that had been provided in the disclosure is that there was “no positive development and/or progress on the transaction” since the deal was first announced to the CSE in September 2019.

This follows severe opposition to the transaction from creditors of MTD Walkers as its debts are yet to be settled. Chief among these were two enjoining orders obtained by Commercial Bank and People’s Bank preventing MTD Walkers from being taken over by Wijeratne.

These two separate orders enjoined MTD Walkers or MTD Capital Bhd from going through with the transaction or any similar transaction without approval by the two banks until all outstanding dues to the Banks were settled.

Wijeratne is the owner of Rank Holdings, which operates the popular Star Dust and Casino Marina casinos in Colombo and is also engaged in hydro and wind power generation, infrastructure and real estate development.

MTD Walkers has suffered heavily due to non-payment or delayed payment by the Government for state infrastructure projects carried out by the company, and is severely in debt.

However, this too failed as several State and private banks, to which MTD Walkers owed billions of rupees, obtained Enjoining Orders against this transfer.

August 30, 2020 bythemorningeditor1 liberty No Comments
The economic data or statistics of a country usually reflects the true picture of that country whilst allowing international institutions to understand the country’s position in comparison with its re

EOIs for Kahatagaha Graphite Mine in March

February 14, 2021 byNews Admin No Comments
Expressions of Interest (EOIs) for an investor to undertake value addition at the state-owned Kahatagaha Graphite Mine will be called in March, according to the Ministry of Industries and Supply Chain