Celebrating new life: Otara Gunewardene on her visit to Rwanda 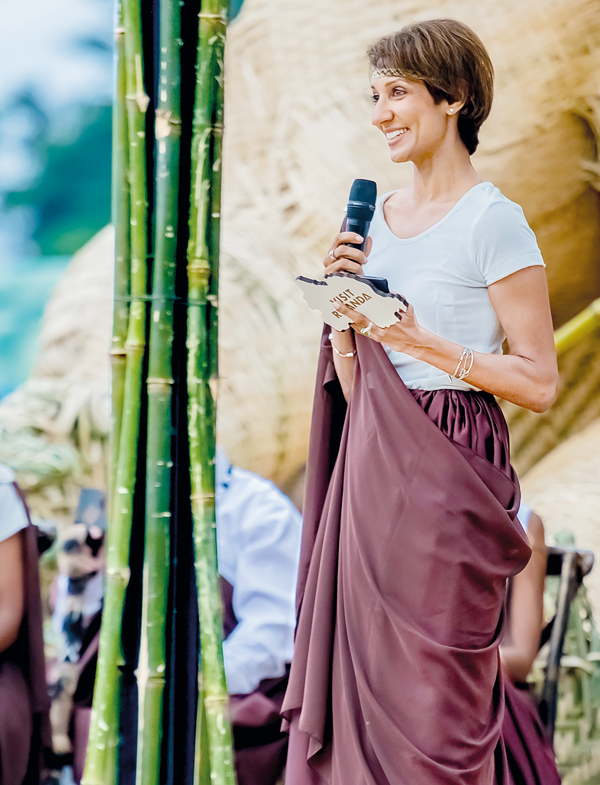 Rwanda. The country’s name rings with bloodshed, anguish, and the terrors humans are capable of unleashing. Just 25 years ago, Rwanda faced perhaps one of the biggest tragedies ever to occur on planet Earth. With 800,000 people slaughtered by their fellow citizens simply because they were of another ethnic group, Rwanda is usually looked at through eyes of fear and also pity. However, Otara Gunewardene had a very different story to tell.

Having visited the country once before to attend an event on “local entrepreneurs at the First Lady’s Imbuto Foundation” with her family, Sri Lanka’s own Otara Gunewardene was thrilled to be invited to “Kwita Izina” this year. Kwita Izina is a ceremony that has been held annually in the recovered country of Rwanda for the past 15 years and celebrates the lives of newborn baby gorillas while at the same time raising awareness on the issues regarding the endangerment of valuable and unique species on earth. The festival is primarily a baby-naming ceremony for gorillas that are valued and nurtured by the Government and people of Rwanda. The event attracts an enormous amount of media attention at the global level and receives more international publicity each year. As Otara explained, the ceremony is a three-hour event that comprises naming the babies, traditional performances, and numerous talks given by the invited dignitaries. The invitees are always significant individuals who have contributed to making the world a better place in their own way. As such, Otara Gunewardene was chosen by the Government of Rwanda, as a result of her work in Sri Lanka through her organisations, Embark and the Otara Foundation.

All Otara’s recollections of Kwita Izina are positive and joyous, showing the world that Rwanda is no more the country that was suffering from the impact of brutal civil conflict. Otara’s retrospective narrative of her experience in Rwanda paints a picture of a heaven that emerged from the ashes like a phoenix which is now nothing less than a model state for all the nations that still continue to fall further into the abyss of hatred and violence. Their President, Paul Kagame, who was also the guest of honour at Kwita Izina, explained their focus towards conservation in the country. President Kagame himself was a military leader in the past, but he was able to look past the hatred and pain and within his 19 years in office, directed the people in a peaceful and positive direction, and moulded a nation that now stands as an example to the rest. While the country is now a peaceful land based on co-operation, understanding, and the togetherness of the people, it also looks towards solving the issues on the environment. 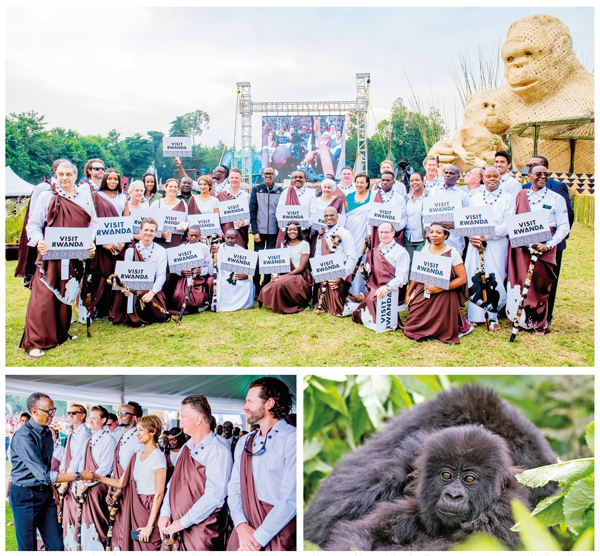 Otara claimed that Rwanda is most probably the cleanest country she’s ever been to, which goes to show that their efforts are not at all in vain. She said that they have a policy of refraining from using polythene and only making use of natural, biodegradable materials. Even the stage itself, she said, was made out of natural materials that can be disposed with no harm to the environment at all. If Rwanda can come forward and make conservation a reality, there is no reason other nations can’t follow suit, consequently saving the world. It is a sorrowful fact that no national leader has ever really come forward the way President Kagame has and taken a stand against the wrongs done by humanity.

Their cleanliness and peace is not all they have to boast, as Otara recalls, as the women of the country were vastly involved in all that took place during the ceremony. She also shared that 50% of their Government is comprised of women. It seems that Rwanda, which was once in a gruesome bloodbath, has now looked beyond all kinds of discrimination and is fully focused on harmony in society, with all individuals of all races, genders, and other differences co-existing peacefully.

While sharing the details of this beautiful state and its glorious achievements, Otara also shared the details of the ceremony which she attended. The Kwita Izina, as mentioned before, has been conducted each year for 15 years, and their efforts have borne encouraging fruits. The purpose of the festival is of course the conservation and increment of the population of gorillas. They focus on a unique species of mountain gorillas found in Rwanda, which in 1981 were at a pitiful number of 242. To the joy of the Government of Rwanda, its people, and all the environmentalists on this day, that number stands at more than 604, which was the population in 2016. Celebrating 25 new additions to this number was the reason for Kwita Izina on 6 September 2019. In keeping with the purpose of the ceremony, the babies were given their names and Otara, being a guest, was also given the opportunity to name one. She named it “Kira”, which means “bless you” in the language of Rwanda, Kinyarwanda. To her, it is also a fusion of the names of her own two children, Kiran and Rakhil.

With these experiences, Otara Gunewardene came back to her country not only with a sense of satisfaction at having been present at an occasion that focused on saving our fast-dying world but also with a great deal of wisdom and knowledge taken from the people of that nation who now know nothing but peace and prosperity.

The craft of makeup

November 12, 2021 byNews Admin No Comments
Lois Burwell, the Academy Award winning makeup artist whose career spans over many movies and two decades, and a frequent collaborator of Steven Spielberg shared her entire process of makeup from prep

December 28, 2021 byNews Admin No Comments
Akila, a resident chef in Weligama, well known for his ability to whip up Down South’s favourite dishes, recently faced a terrible tragedy.