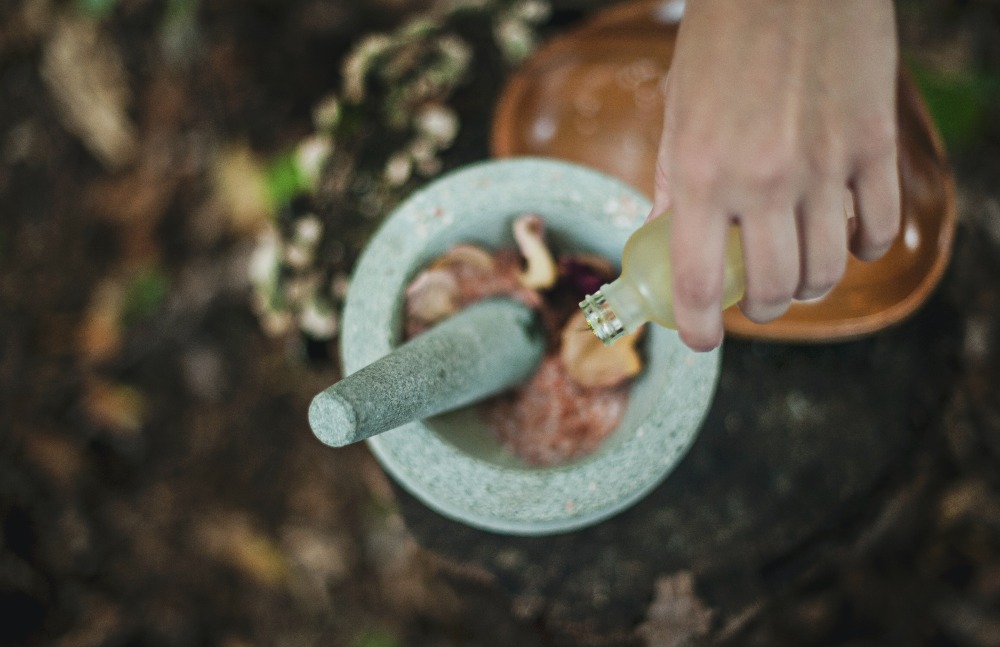 February 14, 2021 by Dimithri Wijesinghe No Comments

E.R.H. Sujatha Silva Ediriweera, who became Sri Lanka’s first female professor of Ayurveda in 2009, and currently is a senior professor of Ayurveda and consultant physician in “panchakarma” and “kayachikitsa” at the Borella Ayurveda Teaching Hospital, is taking her victory lap and bowing out of the service this year, retiring after a lifetime of contribution.

The Sunday Morning Brunch reached out to Prof. Ediriweera to have a chat with the first woman who paved the way for young girls across the island to pursue their dreams, showing them the way to practise a career in alternative medicine that is true to our roots. 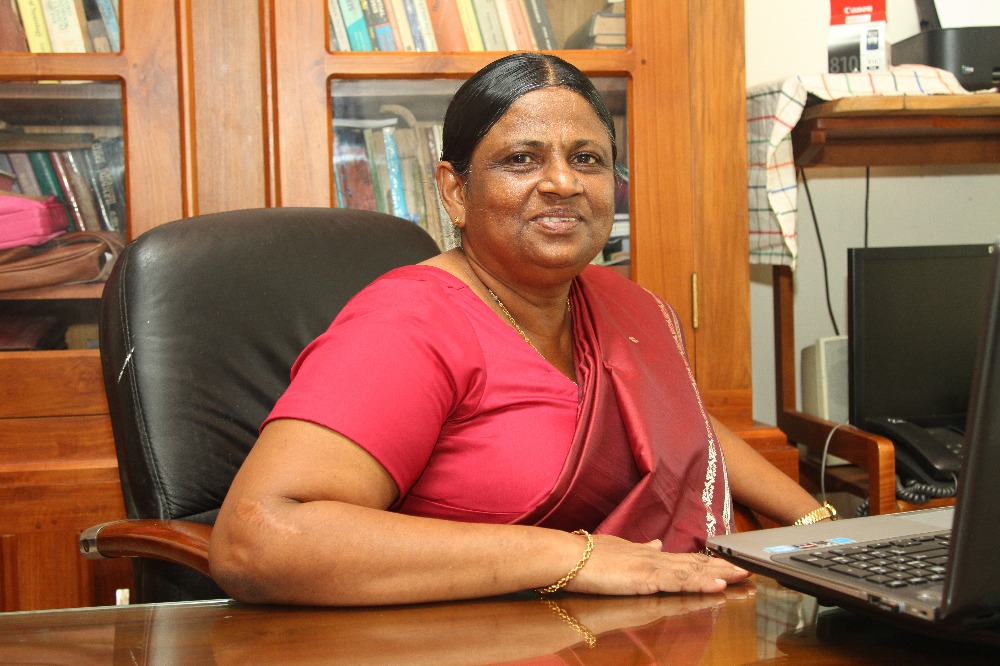 “According to Ayurveda, diseases occur due to an imbalance of the three dosha, sapta dhatu, and three mala. Ayurveda treats the root cause of the disease. Ayurveda physicians use medicines prepared out of herbal, mineral, and animal sources to treat diseases” Prof. E.R.H. Sujatha Silva Ediriweera

Educated at Visakha Vidyalaya, Colombo, Prof. Ediriweera entered then Government Ayurveda College – presently known as the Institute of Indigenous Medicine (IIM) – in 1976 and obtained the Diploma in Alternative Medical System (DAMS) qualification with a class pass from the University of Colombo in 1981.

Having always wanted to pursue a career in medicine to become a medical doctor, Prof. Ediriweera shared with us that this was a moment of revelation – a time in her life when everything began to present themselves as real possibilities. She shared with us about her interest in the medical field as a young girl.

“One of my close relatives was a ‘veda archchi’. He was a highly respected Ayurvedic physician in the region. He used to spout ‘Sanskrit Shlokas’ all the time whenever he visited us. I used to think that someday I would be a more learned person than him,” she said, and that was how the seeds were sown, leading to her many achievements along the way.

Prof. Ediriweera joined the Department of Ayurveda as a medical officer in 1984, and just two years down the line, she was awarded a World Health Organisation (WHO) fellowship to study quality control of Ayurveda drugs at Banaras Hindu University, India, which was a turning point she would cherish in years to come.

A passion for teaching

Discovering her passion for sharing knowledge with young minds, she joined the Institute of Indigenous Medicine of the University of Colombo in 1990 as an assistant lecturer, where she won a commonwealth scholarship to complete her postgraduate studies. She then went on to obtain her Doctorate of Medicine – Ayurveda in Kayachikitsa with specialisation in Panchakarma from Banaras Hindu University as well as her PhD from the University of Peradeniya.

Sharing her knowledge and doing her part in encouraging students to pursue and evolve her chosen field has remained Prof. Ediriweera’s goal in life. She shared that she has supervised more than 15 postgraduate students studying for their MD, MPhil, and postgraduate diploma in Ayurveda, and she herself has made efforts to present and publish more than 170 abstracts in international and national seminars. Additionally, she has also published 80 clinical, animal, and parasitological bodies of research in local and international peer-reviewed indexed journals, many of which were clinical research based on the field of “panchakarma”; in doing so, she as an educator and researcher is currently serving as the chief editor and member of editorial boards in several international and local journals.

Considering her years of experience in practice and having researched extensively on the subject, for which she received the “Vice Chancellor’s Award for Research Excellence” and the “Senate Award for Research Excellence”, we asked Prof. Ediriweera something that is often debated amongst laypeople, with the occasional hipster claiming to know more about using herbs instead of “real medicine”: What is the actual difference between the Ayurveda practice and western medical practice?

Addressing the specifics of the practice, she shared its most rudimentary definition. “According to Ayurveda, diseases occur due to an imbalance of the three dosha, sapta dhatu, and three mala. Ayurveda treats the root cause of the disease. Ayurveda physicians use medicines prepared out of herbal, mineral, and animal sources to treat diseases. Adverse side effects are minimal with Ayurvedic medicines…in western medical practice, most of the medicines are synthesised. Generally, side effects are more with western medicine.”

With regard to the cohabitation of these two practices and figuring out whether certain illnesses and certain types of people are better suited for Ayurveda medicine, she said: “Almost all ailments are treatable or controllable with Ayurveda medicines and treatment methods. However, to manage some emergencies, we need the help of western medicine.”

Why is Ayurveda so popular now?

Surely, we’ve all noticed that alternative remedies and the talk of Ayurvedic remedies has become far more commonplace as of recent times. We asked if there is any real reasoning for the recent resurgence in popularity of this traditional practice, to which Prof. Ediriweera said she wouldn’t say it is a resurgence, but rather a realisation due to discovery. She said that Ayurveda medicines are made out of natural substances and side effects are minimal. Panchakarma such as “vamana karma” (therapeutic emesis), “virechana karma” (purgation), vasti karma (therapeutic enemata), nasya karma (errhine therapy), and raktamokshana (bloodletting therapy) helps to eliminate vitiated dosha and toxins from the body.

She shared that therapeutic procedures like “shirodhara” (dripping oil on to the head) and “shirovasti” (keeping oil on head) give physical and mental relaxation and reduce stress. “Abhyanga” (rubbing down the body with oil) and “pichizhil” (pouring oil on body using special techniques) relax the body and reduce fatigue. “Akshitarpana” (keeping medicated ghee on eyes) reduces eye fatigue.

These and other Ayurveda treatment methods are highly effective and give fast and long-lasting relief. Along with the lack of side effects and having a deeper understanding of natural healing methods, Ayurveda is becoming more and more popular worldwide.

Potential talent pool and the future

Prof. Ediriweera said that despite the enormous potential of the practice, there is an unfortunately low number of students, adding that she hopes that in the coming times, the number of graduates passing out annually would be increased, especially considering that Ayurveda physicians who graduated from universities not only have knowledge on Ayurveda, but also some level of knowledge on other systems of medicines.

She also said that something that needs to be looked into is the traditional medical practitioners (veda mahaththayas) who are well versed in traditional medicine and family experiences. Some of them use medicines prepared with plants endemic to Sri Lanka and not mentioned in Ayurveda texts. Even though they have good knowledge about this medicine, they pass this knowledge only to their close family members (son, daughter, etc.), and she said that the Government should implement some methods to gather and preserve this knowledge.

She said that raw materials and prepared medicines should be freely available, while providing advanced research facilities to both universities. According to Prof. Ediriweera, there is an unbelievable amount of research potential available, provided there is sufficient backing. Also, effective medicinal preparations should be made by the Government and patent rights should be given to traditional physicians.

Covid-19 and the hack claims on cures

Immediately addressing the controversy over the “anti-Covid-19 tonic”, popularly known as the “Dhammika paniya”, Prof. Ediriweera shared that the Ayurveda community rejects these claims and that there is no end-all to the virus, at least from their field, as there is much research to be done. She said that in the arena of Ayurvedic medicine, there are medicines for any and all ailments, but no one as of yet can confirm an all-encompassing solution, because the research is simply not yet available.

However, Prof. Ediriweera did say that prevention is better than cure, and what anyone can do beyond the safety precautions recommended by the State is drink medicated water prepared with coriander, ginger, weniwelgeta, maduruthala, heen binkohomba, and garlic. Furthermore, people can consume food that promotes immunity, such as gooseberries and other fruits, vegetables, and nuts. Houses, working places, etc. should be sterilised by fumigation using kohomba leaves, guggulu,

February 3, 2020 bythemorninglk No Comments
Bentota Beach was originally built in 1967 as a part of tourism development encouraged by the Government of Sri Lanka. It was designed by famed Geoffrey Bawa,

The Ink Station: How to become a tattoo artist

May 5, 2021 byNews Admin No Comments
In the last few decades, tattoos have gained major mainstream popularity, thanks to social media and Hollywood. This increase in popularity has led to tattooing becoming a very lucrative career path.