Throughout the month of March, in view of International Women’s Day 2021, Brunch, in our series “Celebrating the camera-shy woman”, will be speaking to and celebrating some trendsetting and inspiring Sri Lankan women who don’t make the news always. This week, we spent some time with Ambika Satkunanathan.

We are often great at finger-pointing instead of looking within ourselves to identify where we may have ignored our duties as citizens of a democratic nation. Working from within to bring much-needed changes to our systems and battling hurdles on a daily basis, Ambika sat down with us to share her experiences and her journey, and to impart knowledge on how we are contributing to the deterioration of equality and society. 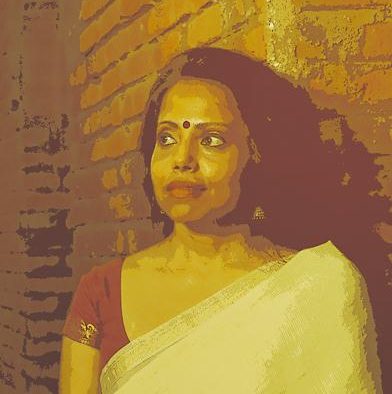 “The structures are still very patriarchal, sexist, misogynist and hostile. Or society is the same, we don’t look at women as equal citizens. “She asked for it” is a mindset that is common and incorrect. The rot is in our society and we need to fix that”  Ambika Satkunanathan

What is the work that you do and how did it all start?

I generally work on human rights issues and I started about 20 years ago with Dr. Neelam Tiruchelvam who was assassinated in 1999. I looked up to him because of the values that he espoused and how he tried to build a community that would stand up against social injustice. I then went on to become a legal advisor for the United Nations (UN) Office for the commissioner for human rights.

In 2015, I was appointed as a member of the Human Rights Commission Sri Lanka (HRCSL) and now I am a fellow of the Open Society Foundations to understand why reforms have failed in Sri Lanka. I also work on a wide range of human rights issues like women’s rights and LGBTQIA.

Which marginalised communities do you work with?

Even women can belong in this category, be it in the police department, public service, Parliament, or women-headed households, war-affected women, or victims of domestic violence. Women are one key group, where I advocate for legal change, supporting women’s organisations lobby at the community level, speaking publicly for them, and so on. I also work with the LGBTQIA community to advice the commission of human rights on what to do, like repealing Sections 365 and 365A and helping transgender persons get their certifications.

What are the most daunting challenges you experience in your causes?

I believe we have not internalised democratic values and people believe it is just about casting their vote. It is, in fact, about holding the representatives accountable as well and challenging them if there are mistakes. As a citizen, you should exercise your right to demand answers from your elected representatives. Also, if you work on things like police torture or on disappearances and wartime vioences, you may have to go through severe criticism for being a traitor to the country. But I am very much a part of the country. Civil society organisations and NGOs are looked upon as enemies which means that you are subject to surveillance, or intimidation and harassment. This makes it very difficult for organisations to work effectively.

What is your message to the general public?

Reforms are very patronage-driven and we don’t always adhere to processes. In a society like that, you will face challenges when you want to bring about changes anyway. There are also social and political factors and inter or intra-community that impact the success of the reform. People look at reforms like a very technical and legal thing where the passing of a law is all that is needed. The lack of political vision and will is also a key factor.

What programmes have been implemented at a grassroots level to help people overcome trepidation of taking action against injustices?

When I was in the Human Rights Commission, we conducted awareness programmes for state officials. I still do such awareness programmes, but raising awareness doesn’t work. For example, yesterday I was trying to get protection for two women who were victims of domestic violence and it was extremely difficult, even with my contacts. The Police don’t take the complaint seriously and miscategorise the complaint as a minor offense. The man then continues to threaten the woman who, with her mother and children, is now petrified. I don’t advise women to go to a police station alone, not because of harassment but simply because they wouldn’t know the process.

I say take a lawyer. When you write a complaint you must read it and there could also be a language barrier. The structures are still very patriarchal, sexist, misogynist, and hostile. Or society is the same, we don’t look at women as equal citizens. “She asked for it” is a mindset that is common and incorrect. The rot is in our society and we need to fix that.

You’ve researched extensively on Sri Lanka prisons. What have you discovered about the prison systems?

Our prisons are overcrowded and the conditions are appalling. Most people in prison don’t need to be there. They are there because they cannot pay fines. Most people are not granted bail. Also, when an individual goes to prison there is a lot of stigma and criminalisation which means they find it hard to reintegrate to society. This ultimately means that the rehabilitative purpose of the prison system is not achieved.

What are the goals that you aim to achieve this year?

For many civil society organisations, it is just to survive, to do the work they are doing and to respond to situations where assistance is needed. During Covid-19, there were rations distributed to many different communities. These organisations are not one dimensional. Most of these organisations originate from the community and there may be people whose children have been forcibly disappeared during the war. That should not be how you look at these organisations and consider them threats. The proposed law that they want to bring in to regulate NGOs is a hurdle too. There are already enough laws to curb corruption and we don’t need any more. The organisations are considered that their freedom of expression will be curtailed and that they will not be able to work on issues that are controversial.

What is your message to the general public?

You have a civic duty if we want society to be fixed. Follow the process. Accountability is with every citizen and every official. That is how you ensure there is no impunity from the bottom to the top. We need to fix our education system and teach children about civics and their roles in democracy. If you want to change sexism, it begins at home and at school. The responsibility lies with us to hold those in charge responsible.

Watch the video at: