This year on 1 August, today, Sri Lanka will celebrate its first national day of the Sri Lankan leopard, a unique subspecies of leopard that we are blessed to have roam our beautiful island. Sri Lanka Leopard Day, which will be celebrated annually, was declared based on a proposal put forward by the Wildlife and Nature Protection Society (WNPS), Sri Lanka’s oldest (and the world’s third oldest) nature protection society. 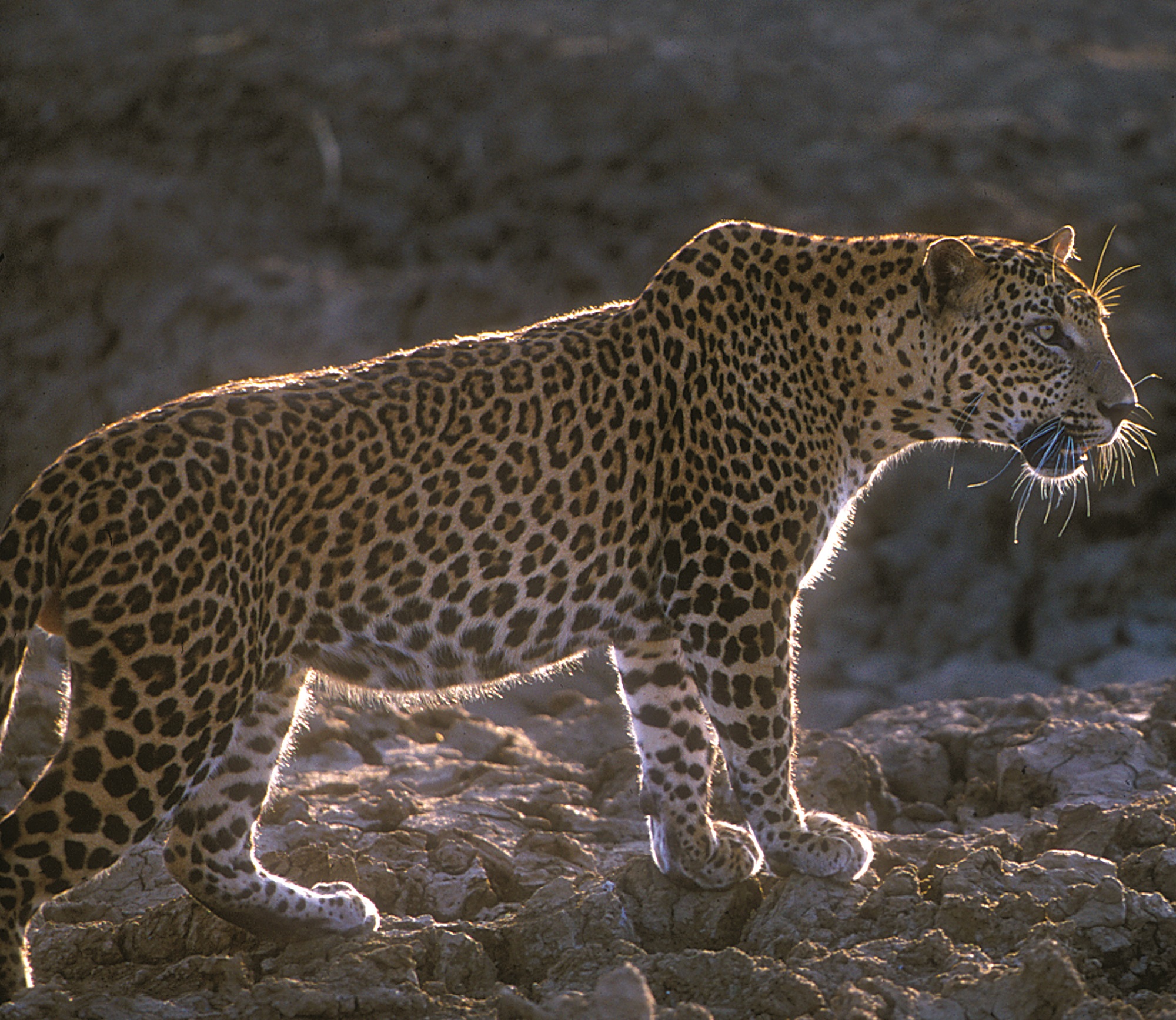 Despite being one of Sri Lanka’s most famous wildlife species, the Sri Lankan leopard, up until 2020, was an endangered species. In 2020, the International Union for Conservation of Nature (IUCN) downgraded the threat level to our leopards to “vulnerable” on their international Red List of Threatened Species. However, as studies on the Sri Lankan leopard have been somewhat limited until the last 10 years or so, it is still classified as an endangered species in Sri Lanka’s Red List of Threatened Fauna and Flora.


Ecologically, leopards play a very important role being an umbrella species, meaning that the land under its use harbours many more species, from prey to other mammalian wildlife, and conservation efforts targeted at protecting the leopard can be used to protect not just the leopard but the other less-famous biodiversity in its habitats.
The objective of the day is to draw attention to this magnificent species with which we are blessed, but lately, the leopard has been under a huge threat, especially outside the protected areas. In 2020, even with Covid-19 and the lockdown, we lost a record number, mainly due to deliberate snaring. 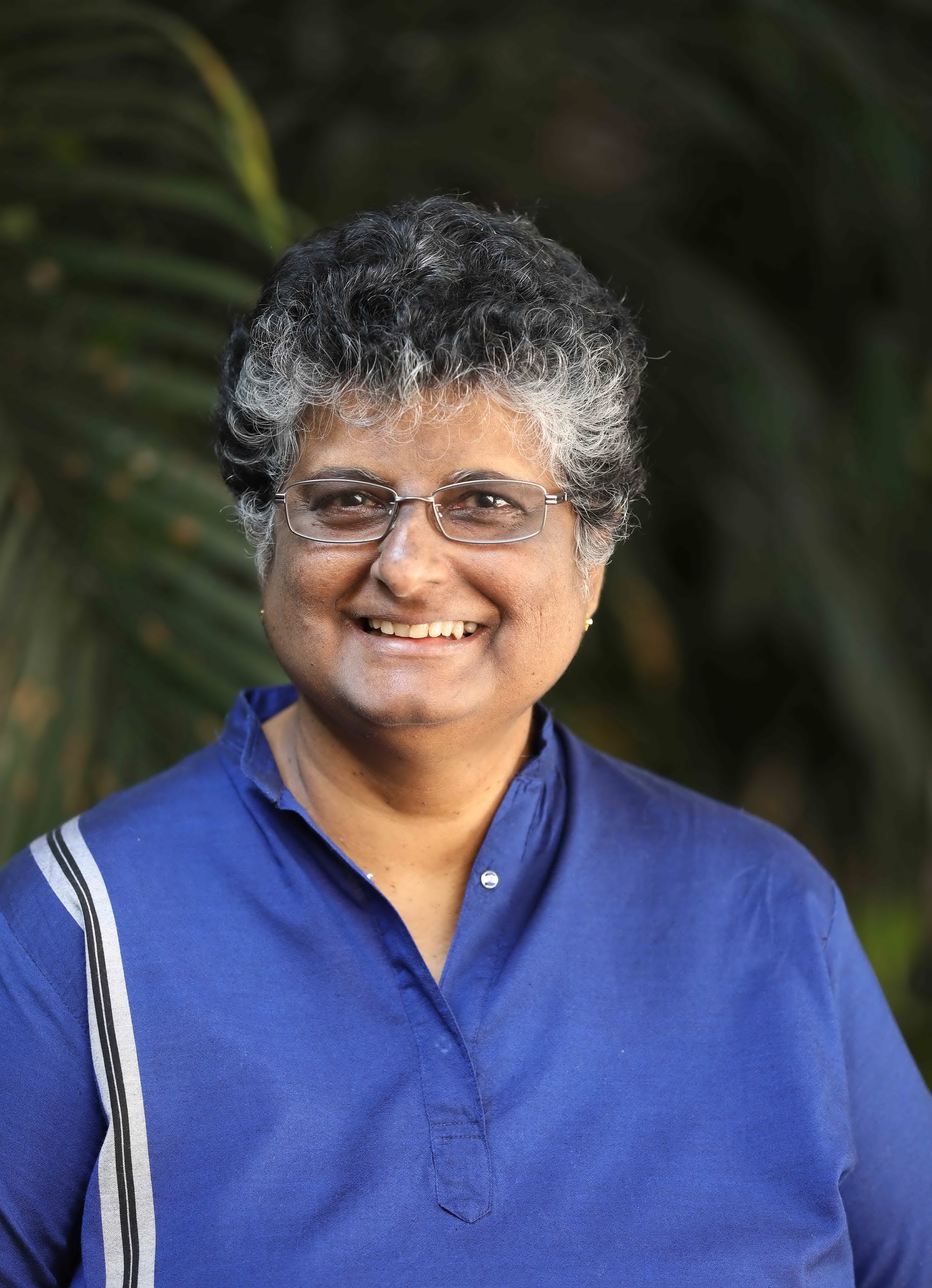 The magnetism of the Sri Lankan leopard

As a big cat, leopards do garner a lot of attention. The fact they are so distinctive even among big cats only serves to add to this attention. Brunch asked these leading conservationists what it was about the leopard that drew them in in the first place, for more insight into how the leopard can resonate not just with the casual wildlife observer, but even with people who make animal conservation the main focus of their professional lives.


For Dr. Miththapala, her attraction to leopards also stemmed from her childhood. “I grew up with cats, dogs, and other pets, and my father was a great lover of  ‘all creatures great and small’, so I was already primed, as it were,” Dr. Miththapala shared, adding: “Then as a teenager, I read all of Joy Adamson’s books and wanted to be her. We don’t have lions in Sri Lanka, so the obvious choice was leopards.” 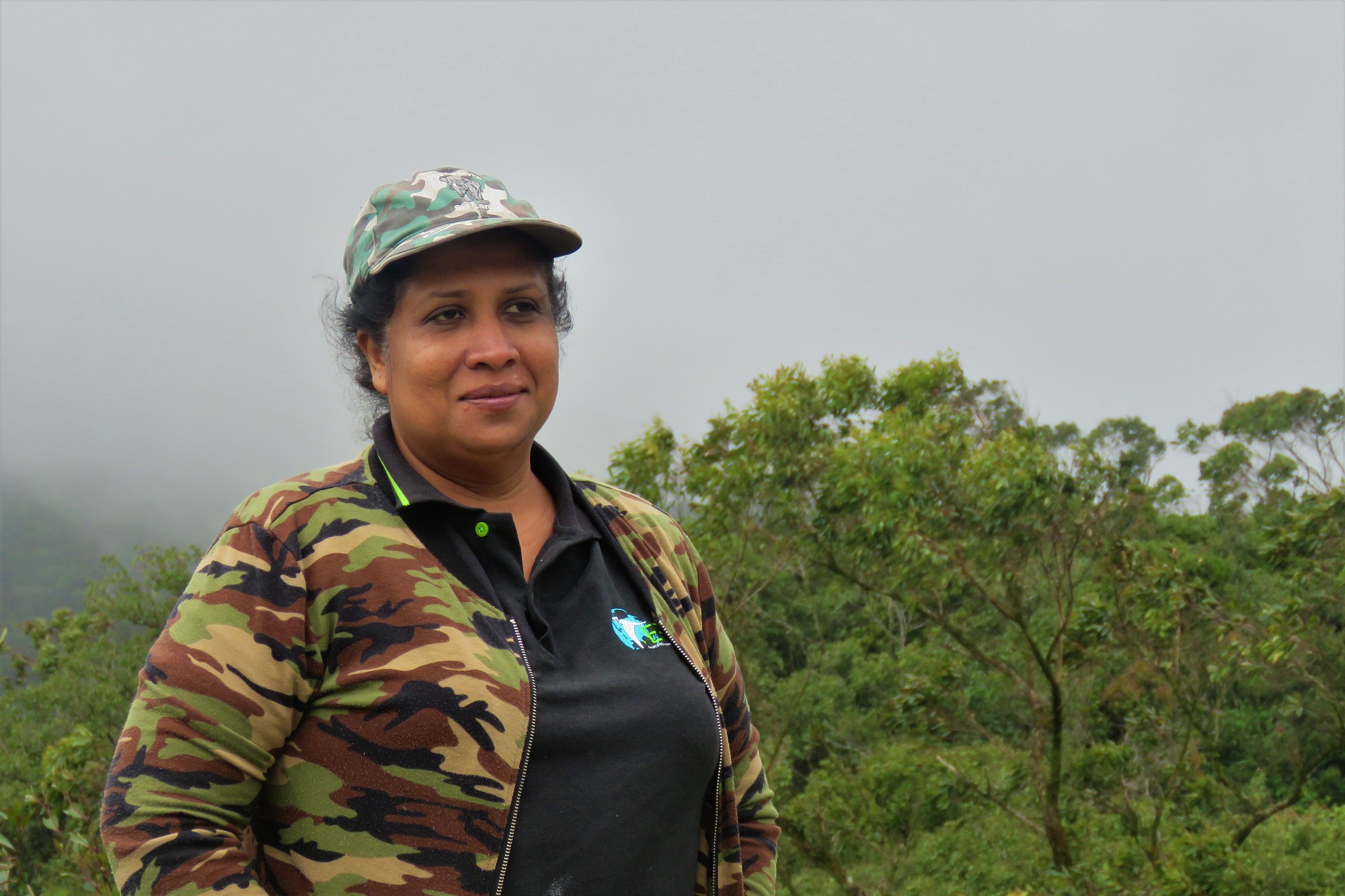 Dr. Kudavidanage’s love affair with the leopard began quite by accident. “I’d always been in love with wildlife conservation, ever since I was a kid. I did my degree and PhD and became an academic, but the leopard thing was accidental,” Dr. Kudavidanage said, sharing that her first real experience with leopards came during a field training programme she was conducting with students from the National University of Singapore on technical biodiversity training, setting up camera traps and so on. “At the time, seeing leopards at Horton Plains was very rare but one night, we saw three leopards looking into the camera, one after the other. I was surprised because I’d never seen leopards in Horton Plains before. It was super interesting to see them sniffing at the camera.”


Watson too always knew as a child that she wanted to do something with animals and wild spaces. “I came about doing leopard work when I returned to Sri Lanka after my undergrad and working with other species in other parts of the world. I realised that while there was some research, there wasn’t a lot when it came to general distribution and ecology, and that was when we (Watson and her husband Dr. Andrew Kittle) started our pilot work in Yala and realised that there was so much more to be done across the country. Here we are 21 years later.”

The unseen side of the Sri Lankan leopard

A (good-quality) leopard sighting is always considered to be something of a holy grail when it comes to wildlife tourism. This is because leopards are shy, largely solitary creatures who move around a lot. As conservationists frequently out in the field, Dr. Miththapala, Dr. Kudavidanage, and Watson have had their fair share of unique encounters with these beautiful cats.


Dr. Miththapala’s most memorable leopard encounter took place ages ago when she was in Yala Block II on work. “The DWC (Department of Wildlife Conservation) officer who was accompanying me asked the jeep driver to stop and told me there was a leopard right next to the road,” she recalled, adding: “I looked and looked and could not see anything. About five minutes after peering out of the jeep, I saw the leopard, perfectly camouflaged, absolutely still, looking at me.”


Speaking on one of the more unusual characteristics of leopards, Dr. Miththapala shared that a little known fact about leopards is how they communicate with each other. “Leopards have white spots on the back of their ears and white on the tips of their tails. They use these white spots to communicate with each other, especially females with their cubs. The mother usually goes first, and the cubs follow; so these white markings are clearly visible to the cubs who are behind her.”


Another endearing aspect of leopard behaviour is their clear individuality and playfulness. Dr. Kudavidanage spoke of how she has seen cubs caught on camera playing with equipment that had accidentally been left behind by researchers, and how mothers watch over their cubs in much the same way humans do, even going so far as to help them with chewing meat in their formative months. Leopards also have personality quirks, like one particular leopard in Horton Plains who visits a particular tree in the park every seven days almost like clockwork (the tree is horizontal and has a very good view of the park, which is what Dr. Kudavidanage feels draws this leopard there). 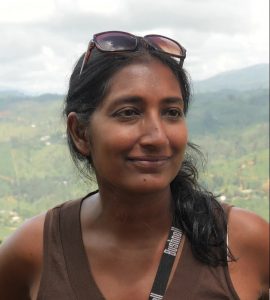 Watson’s favourite leopard encounter was watching leopards feed in Yala one night. “Initially when we worked in Yala, we had hides set up to observe kills. Leopards usually know you’re there, but I guess because we had spent so much time there they recognised our scent or didn’t see us as a threat. We had the ability to watch two leopards having their meal undisturbed. The sheer privilege of it was very memorable.”

While leopard deaths have skyrocketed in Sri Lanka over the last two years, Dr. Miththapala, Dr. Kudavidanage, and Watson shared that we can’t yet call this conflict. This increase in human-leopard incidents is, however, a great cause for concern.
“We need to address these incidents now before they tip over into conflict,” Dr. Miththapala said, adding: “Addressing the issue of growing human-leopard incidents in Sri Lanka will need cohesive action at the national level. Snares set for other wild animals (usually pests of cultivation) are the main cause of leopard deaths, so making snares illegal, wherever they are set, will be an important first step.”


Watson explained that a common misconception with leopards is that they only exist in the Dry Zone – areas like Wilpattu, Yala, and so on – but this is not the case. Leopards live all around Sri Lanka in all our forested areas. “The most important thing for leopards to persist is forest cover of good quality and connectivity,” Watson shared, adding that much of Sri Lanka’s forest cover is severely fragmented, especially outside protected areas. “Even though they’re using marginal areas, we have to ensure that connectivity is there, or it could, in the long term, seriously impact their survival.”


It is this fragmentation that leads to most human-leopard conflict because these unprotected areas are also where humans live. “These areas need better balance and management that doesn’t occur because there is no authority for management unlike protected areas,” Watson said, adding: “We need to practise conservation at a landscape level and look in between not only at leopards, but across the board. Our push is that the leopard, as Sri Lanka’s only wide-ranging terrestrial apex predator, is an ideal umbrella species and it can be a quick fix to look at leopards and utilise their movement, behaviour, and ecological requirements to practise overall conservation at the landscape level.”


Watson encouraged a three-pronged approach – repeated awareness to all stakeholders (from the Police to environmental authorities to the everyday person); changing our terminology from conflict to co-existence because instead of resolving conflict with animals, we need to be co-existing with them as well as increased policing, rules, and regulations to protect them and prevent activities like poaching; and landscape-level conservation management that understands that wildlife do not exist just in protected national parks but in unprotected areas as well, and our activities, which are becoming more and more permanent and large scale and entrenched in our landscape that it is threatening our biodiversity that has thrived for so long. 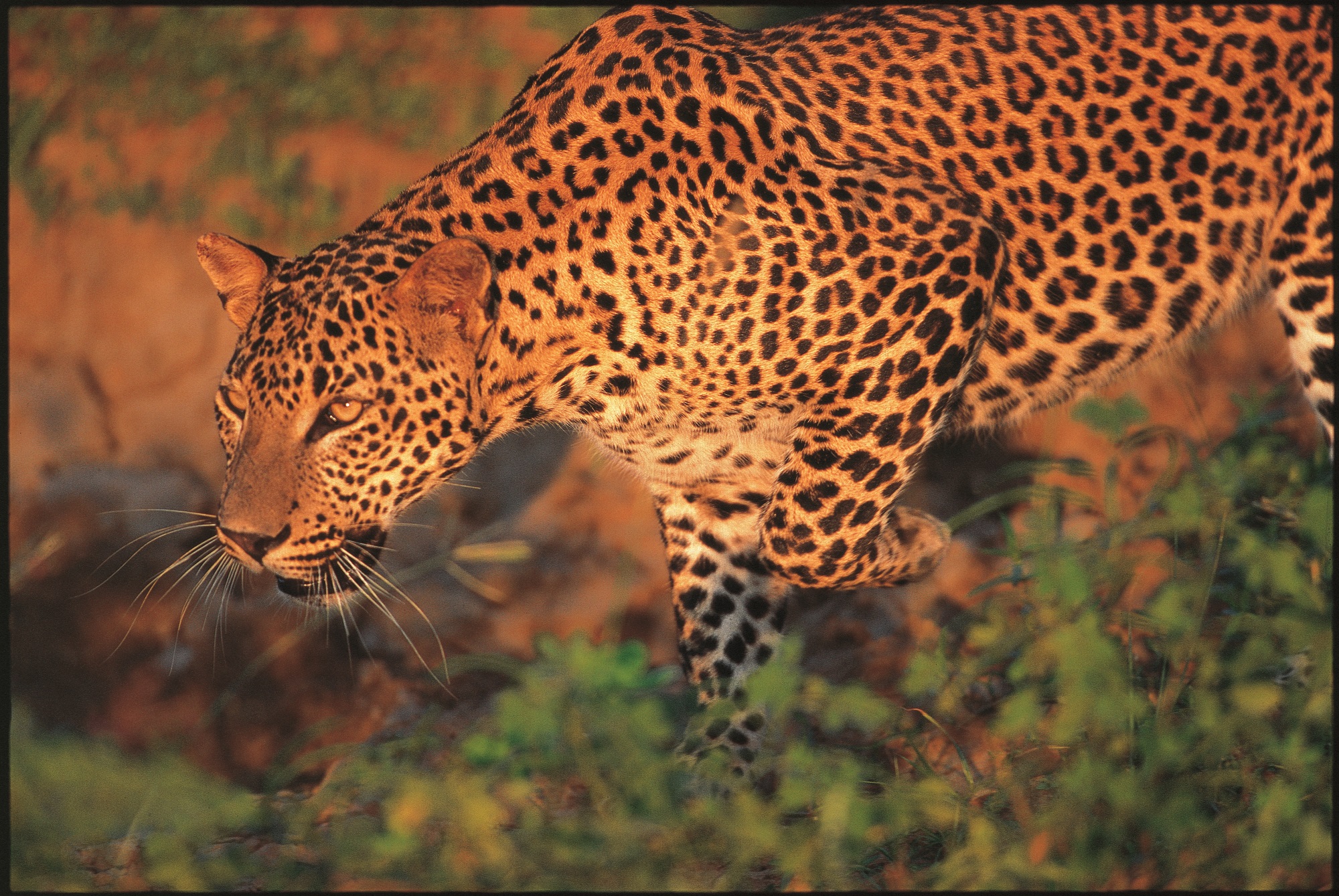 With leopards now set to be celebrated each year, Dr. Miththapala, Dr. Kudavidanage, and Watson are hopeful that this will help drive more effective conservation, not just for leopards, but for wildlife as a whole.


Dr. Miththapala, for one, was ambivalent. “I really don’t believe in dedicated days. I believe that we must strive every day to conserve the Sri Lankan leopard, and indeed, to conserve our natural heritage. And I also believe that each one of us, in the smallest possible way, can make a difference,” she shared, adding: “On the other hand, dedicated days allow for focused creation of awareness and a burst of events and activities, which then can generate other long-term conservation activities.”
For Dr. Kudavidanage, Sri Lanka Leopard Day is an opportunity for people to get involved, be it from talking to people about conservation issues, patrolling, or getting actively involved in conservation itself. “There needs to be a cumulative effort,” Dr. Kudavidanage said, adding: “If conservationists, scientists, those at the grassroots level, and the public can have one specific objective of conserving this and make landscape allowances to allow them to run and co-exist; the most important thing is for everyone involved in human-leopard conflict to come together and address the gaps and loopholes.”


“Sri Lanka Leopard Day is interesting because, for us, it’s every day. It’s what we do. We live and breathe it. It’s our passion, our vocation, everything,” Watson said, adding: “But I hope it doesn’t get lost in all the other ‘days’. It should not become a tree lost in the forest. My hope is that it will reach some segment of society and have value and build awareness, but I don’t want to be just that one day that people do anything. It’s nice to highlight, and will definitely help raise the profile of the leopard and give us a day to bring together everything that we’re doing.”

‘Many people believe that doll-making is not suitable for men’: Nigeshan Sivasundharam

May 27, 2021 byNews Admin No Comments
Nigeshan Sivasundharam, an 18-year-old student from Badulla, has a very unique past; he makes life-like dolls based on celebrities and people he admires. His dolls have been noticed by many celebritie