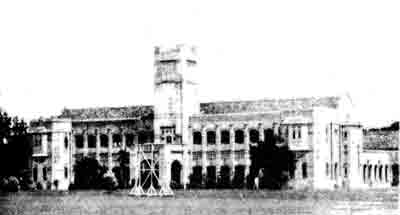 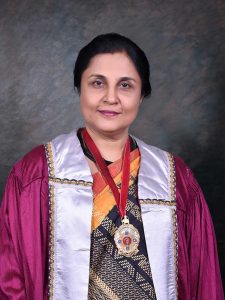 “The university is looking towards consistently improving its quality with regards to transforming from a teaching university to a research university”  University of Colombo Vice Chancellor Prof. Chandrika N. Wijeyratne

Speaking to The Morning on Monday (11), University of Colombo Vice Chancellor Prof. Chandrika N. Wijeyratne said that under the prevailing Covid-19 pandemic restrictions, The university is planning on holding a full-day celebratory programme on 21 January, 2021 through a blended system. The ceremony will be conducted with limited participation of university officials and emeritus professors, and will be live-streamed for the rest of the staff.

“This is celebrating the day that the two faculties of Arts and Science were commissioned, as the Faculty of Medicine was established before,” said Prof. Wijeyratne.

The University of Colombo’s Faculty of Medicine, which started out as the Medical College in 1870, celebrated 150 years in 2020. However, according to historian Ralph Pieris, it is in 1889 that the Ceylon Medical College was recognised by the General Medical Council of the UK as an institution authorised to confer diplomas in medicine and surgery. Before the establishment of the Ceylon University College, higher education in British Ceylon was gained through affiliated Indian universities and the University of London.

By the early 1900s, the English-educated middle class, as well as the advocates of a cultural renaissance such as Ananda Coomaraswamy and Ponnambalam Arunachalam, had begun making demands and raising concerns as to why a university should be established in Ceylon. According to Pieris, mothers of this time had concerns about having to send their sons to London for their education and the financial burdens that entailed, whereas Arunachalam and Coomaraswamy advocated for nativised education, where the young, apart from western education, would also receive education in their mother tongue and native cultures. 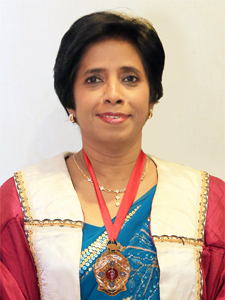 Development in the works

“We have looked at a suitable location for this faculty inside the Colombo campus premises, but there is much to be done in terms of funds, approval and curriculum development. If all goes well, it would open by 2022.”

Speaking to us about development projects underway, Prof. Wijeyratne stated that there is also a help zone under construction, where amenities such as a food court, banking, grooming, book shop, laundry, and a mini supermarket would be available inside the university. “This would be a huge boost to the student population,” she mentioned, adding that a master plan is being prepared for the whole university, under which an open-air theatre and an herbal garden with a butterfly zone will also be added.

These developments will take place alongside the construction of a swimming pool that would be up to international standards, which the Alumni Association of the university has pledged to build. Discussions are also underway with the Indian High Commission to support the university with a state-of-the-art indoor gymnasium and sports facility.

Apart from such infrastructure development projects, the Vice-Chancellor said that the university is looking towards consistently improving its quality with regards to transforming from a teaching university to a research university. This would contribute towards improving the university’s international ranking. According to the Webometrics Rankings of World Universities, the University of Colombo is the number-one university in Sri Lanka, and the 1,766th university worldwide. 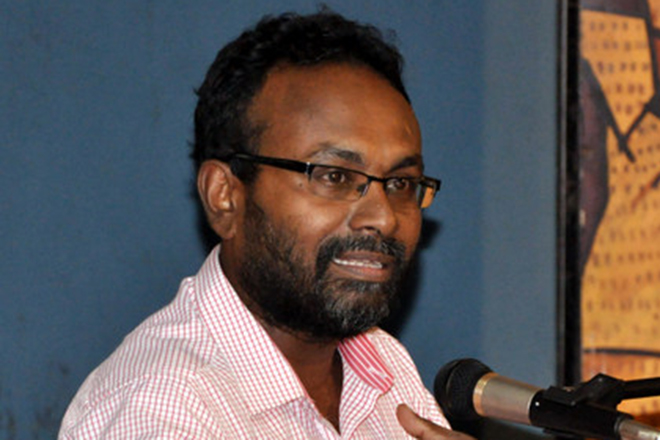 “Arunachalam and Coomaraswamy possessed the idea of a holistic education. Skilled labour is necessary for what we may call economic development, but we must strike a balance between the two” University of Peradeniya Department of Sinhala Prof. Liyanage Amarakeerthi

The University of Colombo has produced a list of notable alumni, ranging from statesmen, lawmakers, academics, scientists and medical experts, legal professionals, and business leaders, as well as artists, novelists, and poets.

Longtime left-wing politician, and former Cabinet Minister and Virologist, MP Prof. Tissa Vitharana became an undergraduate of the University of Ceylon, Colombo between 1963 and 1964, and graduated from the Faculty of Medicine in 1969. As a student political activist, Prof. Vitharana found that his time at the University of Ceylon was a crucial part of his political career.

“I became a student leader in the Medical Faculty as the Vice President for the Medical Students’ Union, and eventually became President of the Ceylon University Student Federation,” he recalled.

Apart from his political activism, Prof. Vitharana was also Captain of the University of Ceylon’s cricket team. “I was an all-rounder bowling off spin, but I consider myself to be more of a batsman,” he shared.

Throughout his career as a doctor and an academic at the University of Colombo Department of Microbiology, Prof. Vitharana has been an active member of the Lanka Sama Samaja Party (LSSP).

Higher education in Sri Lanka has had a turbulent past of youth insurrections and student political activism. The 1988/1989 Janatha Vimukthi Peramuna (JVP) youth insurrection and the then-Government’s forceful response, as well as violence that ensued between rival political groups, led to the deaths of many students as well as faculty members. The university experience of undergraduates at this time was coloured by this violence.

Prof. Amarakeerthi, who entered the University of Colombo Faculty of Arts in 1988, recalled his time at university, which was during the peak of this violent youth insurgency.

“Universities were at the centre of three armed struggles: The 1971 JVP struggle, the 88/89 insurrection in the South, and the armed struggle in the North. The struggles from the South were more or less based in universities. As I entered in 1988, I was following the Intensive English course. I still remember his name, our co-ordinator Mr. Siyambalapitiya; he walked in and announced that our Vice Chancellor Prof. Stanley Wijesundera was killed, and that the university was closing. Universities reopened in 1990, and I graduated in 1994,” he recounted.

“Arunachalam and Coomaraswamy possessed the idea of a holistic education. Coomaraswamy, being a geologist, was also learned in the arts,” shared Prof. Amarakeerthi, adding that Sri Lanka’s universities must revisit these ideals, and that the system must produce such holistic persons instead of just skilled labourers. “Skilled labour is necessary for what we may call economic development, but we must strike a balance between the two.” 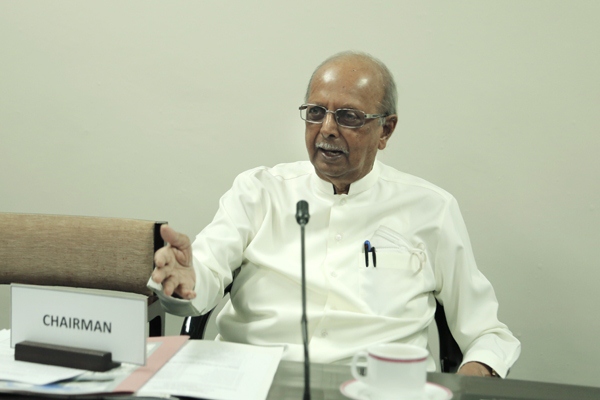 Senior academic and former University of Colombo Faculty of Medicine Dean Prof. Jennifer Perera, is an alumnus of the same faculty, who joined as a medical student in 1974. She rejoined the faculty as a lecturer in 1980, and has served as an expert in her field since.

Speaking about education in Sri Lanka, Prof. Perera said that the commitment of teachers and students have ensured that Sri Lankan university graduates are more capable in comparison to undergraduates from other parts of the world, even the West.

She identified the lack of suitable regulation for private education as a challenge to the state education sector.

“I am not against private institutions, but they need to be regulated properly, and the Government has taken this initiative. Private education is needed, as the Government cannot cater to all the education needs of the country,” Peiris added.

As per Ralph Perera’s 1964 essay, Universities, Politics and Public Opinion in Ceylon, higher education in Ceylon was initially to educate its men. The essay makes its references to Ceylonese mothers who wanted an education for their sons. A century later, Sri Lanka’s university system has educated numbers of male and female undergraduates.

It is observed that certain fields, such as humanities and even medicine, have female students outnumbering their male counterparts. In the 1970s, the population of male students was twice the female student population, Prof. Jennifer Perera said, noting that these ratios have reversed since.

“There are more girls now, and this could be because boys don’t come to the mainstream of education and follow other paths instead. I was a Dean till last year, and many chief administrators have been female.”

Higher education in the new normal

With the Covid-19 pandemic, Sri Lanka’s education sector faced the challenge of having to resort to online education. Problems raised by students and teachers who sometimes lack the technological infrastructure to follow this system still remain unresolved to an extent.

Against this backdrop, The University of Colombo Vice-Chancellor Prof. Chandrika N. Wijeyratne noted that the university tried to transform these challenges into opportunities, saying: “We were catapulted into digital mode, which was difficult in some areas, but we have had widespread support from staff and all target groups.”

She said that problems were identified with confidentiality, while the alumni and Vice-Chancellor’s funds were put into finding solutions, including the provision of hardware.

“If we do not pursue this online mode with resilience, we will be the sole losers,” Prof. Wijeyratne said. “Digital transformation proves more efficient in many ways, including becoming more paperless.”

She stated that the conducting of assessments was a challenge. However, the Vice-Chancellor said that the university is trying its best to not allow students’ time to be lost during these challenging times. She added that staff training to move to smart classrooms and blended learning was successful.

The global health emergency has pushed an already progressing higher education system with a history of 100 years to change its shape and form once again. Sri Lanka’s university system – which not only consists of universities that came to be after the Ceylon University College, but also older native Buddhist institutions like the Vidyalankara Pirivena (1873) that became the University of Sri Jayewardenepura, and the Vidyodaya Pirivena (1875) that became the University of Kelaniya – have now come to face times that are changing the face of higher education in Sri Lanka. They too, have now come to share a common history that is in the making.

Reported deaths are of people who got Covid a month ago: SLMA

May 11, 2021 byMihi Perera No Comments
The Sri Lanka Medical Association (SLMA) today (11) stated that the large number of deaths occuring due to Covid are of people who contracted the virus over a month ago.