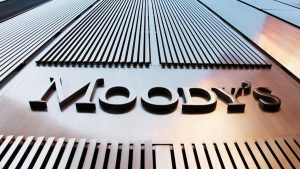 The Central Bank has stated that the imposition of caps on lending rates of licensed banks would be credit positive, dismissing the concerns raised by Moody’s Investors Service which called it credit negative for banks.

The banking sector regulator on 24th September ordered Licensed Commercial Banks to reduce interest rates on all loans and advances by at least 2% by 15 October 2019, in comparison to the interest rates applicable as at 30 April 2019.

Responding to this order, on 27 September, Moody’s Investors Service issued a Sector Comment on Sri Lankan banks saying the lending rate cut is credit negative for banks as it would compress Sri Lankan banks’ net interest margins (NIMs) and add to their existing profitability challenges.

However, the Central Bank countered by saying that the conclusion by Moody’s has not taken into account the complete information set, and is therefore “unfounded”.

“The Central Bank of Sri Lanka has taken a number of measures over the past eleven months to ease monetary policy and monetary conditions in view of decelerating growth of credit and monetary aggregates and subdued economic growth, amidst well anchored inflation expectations. Amongst these measures, the reduction in the Statutory Reserve Ratio (SRR) by 2.50 percentage points in two steps has enabled licensed commercial banks (LCBs) to invest additional funds amounting to around Rs. 150 billion in revenue generating activities. The reduction in SRR has also improved rupee liquidity in the domestic money market, while a further reduction in money market interest rates has been effected by reducing policy interest rates by 100 basis points in two steps in May and August 2019,” Central Bank said in press release.

It added that the imposition of caps on deposit interest rates of licensed banks in April 2019, which was subsequently removed in September 2019, was aimed at limiting unhealthy competition in deposit mobilisation amongst banks and assisting them to reduce lending interest rates.

“This temporary cap imposed in consultation with banks helped reduce the Average Weighted New Deposit Rate (AWNDR) by 284 basis points within four months since end April 2019. However, in spite of continued deliberations with banks, most market lending interest rates have been downward rigid, unlike deposit interest rates as well as rates on short term funds and government securities.”

The Bank added that with the substantial decline in cost of funds, in terms of lower SRR, lower money market interest rates, lower policy interest rates and lower deposit interest rates, along with the allowance of sufficient time for banks to adjust lending rates downwards, the Central Bank has sought to minimise any disruption to the smooth operation of the banking system as well as its profitability.

The Central Bank also specifically addressed the concern about NIMs, saying it does not expect a material change in interest margins of the banking system arising from the imposition of caps on lending rates, holding other factors constant. The Central Bank has also announced its intention to review this action by March 2020.

It further justified the lending rate caps by saying that more “realistic” nominal and real lending rates are expected to stimulate economic activity gradually, thereby boosting the demand for credit.

“This, along with improved repayment capacity of borrowers at lower interest rates, will help strengthen licensed banks, going forward, including by addressing the challenge of rising NPLs.”

The Central Bank in its original statement last week said that it will continue to closely monitor the movements in market lending rates to ensure a more effective transmission of monetary policy through the financial system.

September 19, 2019 byCharindra No Comments
The Central Bank today cancelled the license of TKS Finance with immediate effect, a few days after extending regulatory actions taken on The Finance Company.

July 22, 2021 byNews Admin No Comments
The Committee on Public Accounts (COPA) Chairman Prof. Tissa Vitarana stated that a number of powerful companies in the country, which have a good auditing and accounting systems, have not paid their