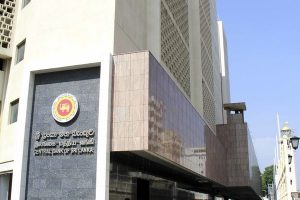 The Central Bank of Sri Lanka (CBSL) has reconstituted the Monetary Policy Consultative Committee (MPCC), which is in place to enable the Monetary Board to obtain views of the stakeholders of the economy for monetary policy decision making.

Reliable sources told The Sunday Morning Business that only two members of the previous committee, which was in place from 2015 to 2019, have been retained.

They are University of Colombo Professor of Economics Sirimal Abeyratne, who has retained Chairmanship of the MPCC, and Lakshman Kadirgamar Institute of International Relations and Strategic Studies Global Economy Programme Chair Dr. Ganeshan Wignaraja.

Institute of Policy Studies of Sri Lanka (IPS) Executive Director Saman Kelegama was the original Chairman of the committee, but following his sudden demise in 2017, the position passed on to Prof. Sirimal Abeyratne.

The changes are believed to have been brought about as CBSL Governor Prof. W.D. Lakshman, following his appointment in late 2019, wanted a committee which aligned with his nationalistic economic policies as opposed to the more neoliberal policies of the previous Government.

The idea behind the MPCC is that it consists of a cross-section of stakeholders including eminent professionals, academics, and private sector personnel so that the CBSL’s Monetary Board benefits by their expertise and experience in its monetary policy decision-making process.

However, economists have expressed reservations about the composition of the new committee, particularly for its limited diversity compared to the previous committee. For example, there is little FMCG/Consumer sector representation unlike earlier when there was Shea Wickramsinghe and Suresh Shah.

“For the MPCC it always helps to have a view from this sector given that it’s a good real time barometer for activity in the the economy – one which the Central Bank does not get in real time since their data is lagged,” one economist told us on condition of anonymity.

Another economist pointed to the fact that the new committee does not include a member from a diversified conglomerate.

“There’s no one with a view of multiple sectors – from a conglomerate or with a diversified portfolio. Previously, there was Amal Cabraal who provided this insight since he was on the Director Boards of multiple companies in different sectors.”

October 12, 2019 byThe Sunday Morning No Comments
We’re a nation about to elect our next leader; it’s important we find one that can see potential and hope where others see none, one that can set Sri Lanka forth on a transformative journey

August 2, 2022 byNews Admin No Comments
Union Bank stated that it recorded an improved core banking performance despite the challenges of a tough operating environment, and posted an overall income of Rs. 7,426 million for the first half of