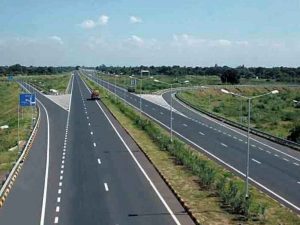 It is learnt that the Government has already incurred a loss of around Rs. 30 billion as a result of cost overruns only from Section I of the CEP which extends from Kadawatha to Meerigama, sources from the Road Development Authority (RDA) told The Sunday Morning.

Accordingly, the total cost of Section I of the CEP has now increased from around $ 158 million to $ 194 million. The RDA had also had to pay an additional Rs. 8 billion as an advance payment to activate the Chinese loan.

The 37 km-long Section I of the CEP was scheduled to be constructed by a Chinese contractor at an estimated cost of Rs. 158 billion obtained as a loan from the EXIM Bank of China. Section I, which moved at a snail’s pace due to the delay in disbursing funds of the already signed agreement, covering 85% of the contract price, is yet to properly begin its construction due to the delay on the part of the Government to meet the agreed 15% of the total loan amount.

However, the contract agreement for Section I was signed in 2015 and the delay was caused due to the inability to come to an agreement on the conditions mentioned in the loan agreement, which has caused a massive price escalation. Meanwhile, the construction of Section I of the CEP commenced last week.

Accordingly, the 37 km stretch which was undertaken by Metallurgical Corporation of China was scheduled to be completed in four years. Section I includes three interchanges in Gampaha, Meerigama, and Veyangoda.

The construction would be done in two stages, of which the first stage will be 5 km long while the rest of the distance will be completed at a cost of Rs. 168.5 million.

Meanwhile, according to Minister of Highways Johnston Fernando, a proposal has been presented to the Cabinet to construct stretches of roads on the CEP from Pothuhera to Galagedara and Kurunegala to Dambulla.

“We hope to complete construction work on these expressways within the next three-and-a-half years. We also fast tracked and completed the construction work of the Matara to Hambantota stretch of road on the Southern Expressway within four months,” he said.

July 5, 2021 byNews Admin No Comments
Yesterday (5), Sri Lanka saw people lining up in front of military hospitals to receive the Covid-19 vaccination, in a context where various opinions have already been expressed for and against the mi

June 21, 2021 byMihi Perera No Comments
Video footage was released today (21) of police officers including the Modara Police Officer In Charge attacking fishermen involved in a protest today due to the inability to fish following the crisis