December 4, 2019 by Charindra No Comments 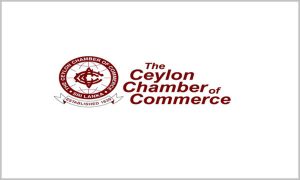 Sri Lanka’s premier private sector chamber The Ceylon Chamber of Commerce (CCC) said today (4) it is optimistic that the revisions in taxes and levies announced by the government will stimulate the economy.

“The slew of tax proposals put forward as part of the stimulus package will revive economic growth and activity in the short-term. Our expectation is that recent statements by the government in curtailing non-priority public spending and the constrained approach to Ministerial Portfolios signals the seriousness of the efforts by  government to manage the fiscal deficits,” the Chamber said in a press release.

It welcomed the focus on improving the profitability of State-Owned Enterprises (SOEs) commencing with the establishment of a committee to select competent leadership for these state institutions. The application of best practice management and financial discipline to SoEs was a key recommendation within the Ceylon Chamber’s Sri Lanka Economic Acceleration Framework (SEAF) 2020-25.

The Chamber said it hopes the positive benefits accrued from the near-term fiscal stimulus will be sustained over the medium and long-term. It said this will require the government’s focus on continuing progressive reforms on several key agendas including but not limited to those related to local and foreign Investment, the expansion of exports and productivity enhancements in the public sector.

“As espoused in its SLEAF, the Chamber also looks forward to an environment of Policy Consistency and Evidence-Based decision making which will provide a foundation for sustainable growth acceleration,” it said, adding that it “looks forward to ongoing engagement with the Government with respect to maximizing the translation of  economic stimulus measures in to accelerated growth and inclusive benefits to all segments of citizens and businesses.”

July 11, 2021 byNews Admin No Comments
Despite earlier claims of revising the export target set for this year amidst disruptions caused to export operations in the face of the new wave, the Export Development Board (EDB) now says that the