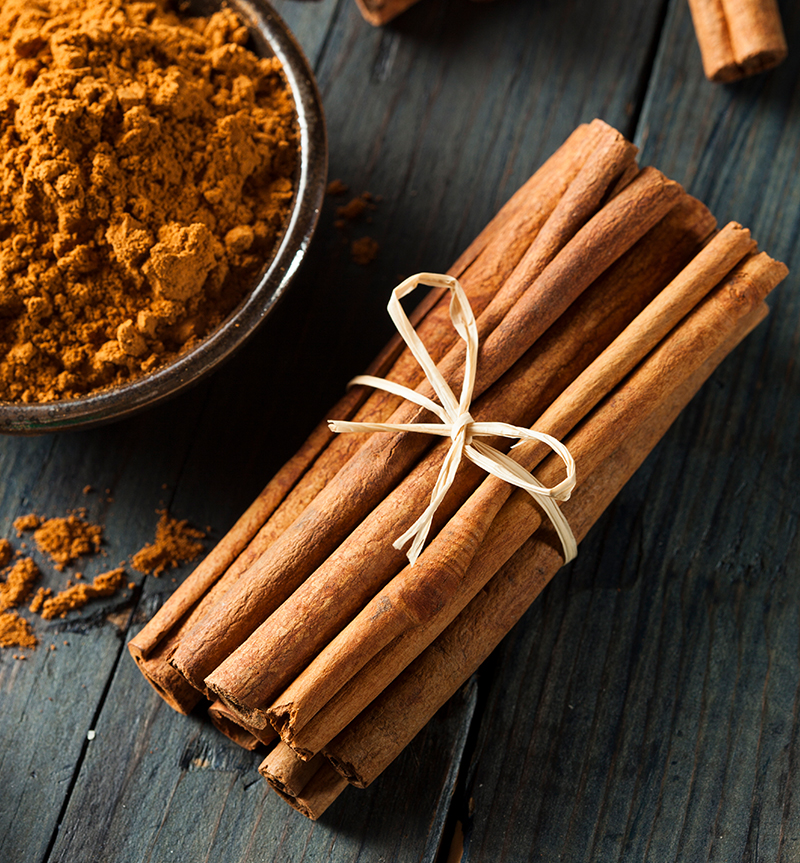 March 7, 2021 by Madhusha Thavapalakumar No Comments

A considerable portion of foreigners seem unaware of the very existence of Sri Lanka, as many of them presume the teardrop-shaped island to be some sort of annexure to India, partly due to the shared cultural and traditional values. Interestingly, though they may have no idea of Sri Lanka, they are, strangely enough, familiar with products like Ceylon Tea and Ceylon Cinnamon, thanks to their unmatched, unique characteristics.

Ceylon Tea has been extensively talked about, both locally and globally, and Market Mine of The Sunday Morning Business is this week talking about Ceylon Cinnamon, and an engrossing brawl it is mired in with an East African island nation. Before that, one must know the uniqueness of Ceylon Cinnamon.

The link between Ceylon and Cinnamon

Ceylon Cinnamon, which is identified by the scientific name Cinnamomum Zeylanicum, is a plant indigenous to Sri Lanka. In fact, when one searches for “cinnamon” in Google, Encyclopedia Britannica pops up at the forefront, saying: “Cinnamon, also called Ceylon Cinnamon, is a bushy evergreen tree of the laurel family”. It is interesting that the word “cinnamon” is immediately associated with the word “Ceylon”.

The website goes ahead to state: “Cinnamon is native to Sri Lanka (formerly Ceylon), the neighbouring Malabar Coast of India, and Myanmar (Burma), and is also cultivated in South America and the West Indies. The spice, consisting of the dried inner bark, is brown in colour and has a delicately fragrant aroma, and a warm sweet flavour. Cinnamon is used to flavour a variety of foods, from confections to curries to beverages, and is popular in bakery goods in many places. Essential oil is distilled from the bark fragments for use in food, liqueur, perfume, and drugs.”

According to Britannica, cinnamon was once more valuable than gold, and it has tremendous demand in the European export markets. According to the Centre for the Promotion of Imports (CPI) from developing countries, the European market currently provides excellent opportunities for trading in cinnamon due to continued rises in import levels and favourable prices. Europe is mainly a cassia market, but opportunities for Ceylon Cinnamon are present in specific countries and segments. The UK, Italy, and Belgium import a much larger share of Ceylon Cinnamon than the European average. There are also good prospects for sustainable suppliers and those supplying processed cinnamon.

“There are two main types of cinnamon traded in Europe: (1) Ceylon Cinnamon (Cinnamomum zeylanicum) and (2) cassia (Cinnamomum cassia). The former comes from the bark of the cinnamon tree and is regarded to be of high quality. It is finer and has less coumarin than cassia,” CPI notes.

According to the recent data issued by the Central Bank of Sri Lanka, export earnings from agricultural goods increased by 4.1% in December 2020 compared to December 2019, due to the increase in the export of spices (pepper, cinnamon, nutmeg, mace, cloves, etc.).

In 2017, 44% of European imports from developing countries consisted of “other” whole cinnamon, 27% was Ceylon Cinnamon and the remaining 29% was crushed/ground cinnamon. The market for crushed/ground cinnamon is opening, as European buyers are increasingly buying cinnamon processed at the place of origin. To prove the place of origin, meaning to prove that a particular product originated in a place to which it is indigenous, a country is required to get Geographical Indication (GI) for that particular product.

This is where the above mentioned brawl starts. 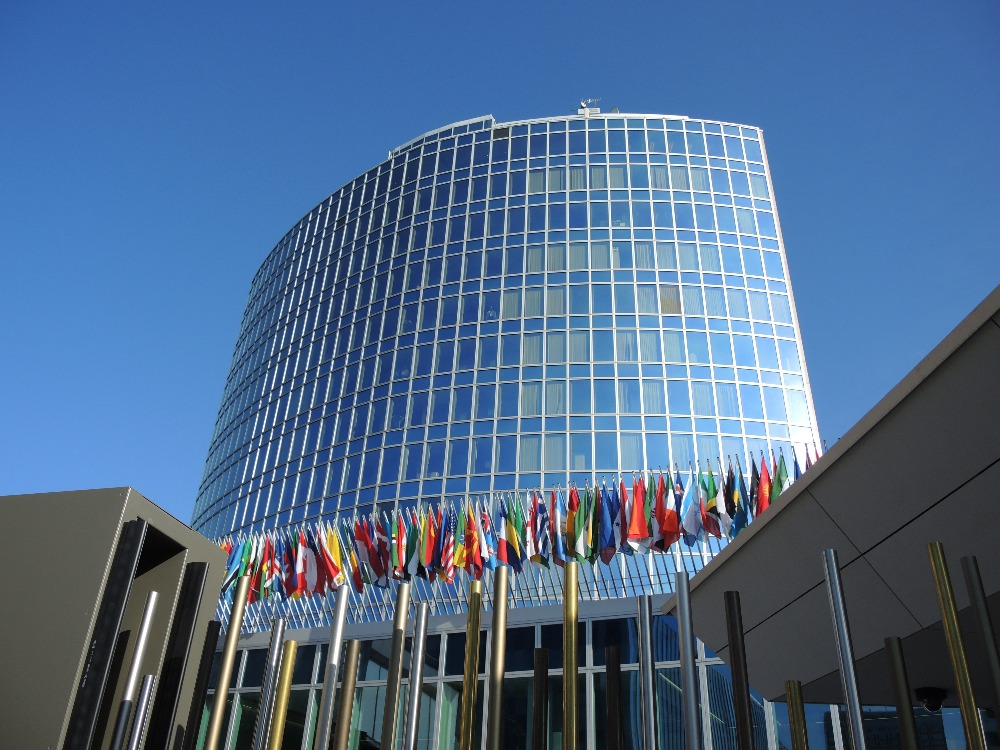 According to the World Intellectual Property Organisation (WIPO), GI is a sign used on products that have a specific geographical origin and possess qualities or a reputation that are due to that origin. To function as a GI, the sign must identify a product as originating in a given place. In addition, the qualities, characteristics, or reputation of the product should be essentially due to the place of origin. Since the qualities depend on the geographical place of production, there is a clear link between the product and its original place of production.

“From Switzerland’s Gruyère cheese, to Mexico’s Tequila, geographical indications and appellations of origin are a common feature of everyday life. They not only provide a way for business to leverage the value of their geographically unique products, but also inform and attract consumers,” WIPO says in its website.

Asia is the world’s most dynamic region for GI development, only after Europe. “Up to date, Asian countries have registered well over 10,000 GI products, predominantly from the food and agricultural sectors,” said Food and Agricultural Organisation Regional Office for Asia and the Pacific Agribusiness Officer Eva Gálvez.

She added: “As the food industry gears towards globalisation, consumers are increasingly willing to pay more for quality food products that have some unique traits that set them apart from the pack. The Doi Chaang coffee, for instance, is not your regular cup of coffee, but an Arabica blend with an exquisite flavour and aroma that is carefully picked by women wearing traditional dresses in the mist-shrouded mountains of northern Thailand.

“This is part of the appeal of GIs: they bring together superior quality that consumers can rely on, along with the preservation of biodiversity and traditional landscapes, local heritage, and production methods passed down through generations. This reputation translates into prices 20-50% higher than comparable non-GI products.”

In short, obtaining GI confers legal protection to products in a country and prevents unauthorised use of a registered GI by others, which boosts exports and promotes the economic prosperity of producers of goods produced in a geographical territory.

To enjoy the benefits of GI for its indigenous Ceylon Cinnamon, Sri Lanka last year filed an application with the EU seeking GI for its globally renowned Ceylon Cinnamon. As a part of the process, the EU called for objections for Sri Lanka’s request to obtain GI for its cinnamon from member countries, and then came the unexpected. Madagascar objected to Sri Lanka’s request, and it was the only country to object to the request.

“The objection has been made by the Madagascar authorities on the grounds that ‘Ceylon Cinnamon’ is not a variety, and they too grow Ceylon Cinnamon,” Department of Export Agriculture Economics Research Unit Director (Regulation) Dr. J.M. Seneviratne told The Sunday Morning Business recently.

He added that Madagascar is arguing that if at all Sri Lanka is to obtain GI for its cinnamon, it should be classified “Sri Lanka Cinnamon”, as Ceylon is not the name of the country. However, Dr. Seneviratne added that, if required, support from the United Nations (UN) will be obtained in resolving this issue, as Ceylon is the ancient name of the country, and Madagascar’s arguments are thus invalid.

“Elsewhere, Cinnamomum verum, which means ‘true cinnamon’ in Latin, is more commonly used, as well as the current official scientific name for the plant. After all, ‘true’ refers to ‘real’ cinnamon, which also grows outside Sri Lanka, rather than Cassia cinnamon (Chinese cinnamon), or other types of different but still related cinnamon species originating from China and Southeast Asia,” the website added.

If Sri Lanka receives the “Ceylon Cinnamon” GI, Madagascar would face issues promoting their cinnamon as Ceylon Cinnamon, as the GI would give Ceylon cinnamon higher acceptance and recognition in international markets, The Sunday Morning Business learns.

Nevertheless, Dr. Seneviratne stated that even though Madagascar grows Ceylon Cinnamon, the cinnamon-peeling methods used in Sri Lanka are indigenous to the country, and when providing the GI, such unique components too are taken into consideration.

Sri Lanka too late for the show?

Obtaining GI for Sri Lanka’s cinnamon has long been in the pipeline under consecutive governments. Lack of required provisions in the Intellectual Property Act of the country and the high costs involved in preparing for GI application are said to be the reasons for the delay.

However, in the second half of last year, the Cabinet approved a proposal by the Ministry of Trade to advise the Legal Draftsman to draft a bill to amend the Intellectual Properties Act of No. 36 of 2003 with the provisions to establish a comprehensive and definite legal framework for the registration of GIs in Sri Lanka.

After obtaining the GI, Ceylon Cinnamon can be sold in international markets for much higher prices than at the moment, as the country would be able to maintain the traceability and quality of its spices.

“Once the final product reaches the global market with its very unique identity, we will get higher prices for our products. By higher, I mean five to six times higher,” Dr. Seneviratne added.

As Madagascar continues to object to Sri Lanka’s application to the European Union (EU) requesting GI for the country’s cinnamon to be branded as “Ceylon Cinnamon”, Sri Lankan authorities have filed a detailed justification to the EU.

Dr. Seneviratne told us that the justification was filed through the Export Development Board (EDB) recently, and a positive response is expected within a few weeks.

“We sent a long in-depth justification. We will continue to defend ‘Ceylon Cinnamon’ and obtain the GI,” he added.

As stated in a report compiled by the General Sir John Kotelawala Defence University, Ratmalana on “Geographical Indications – Need of a Registration System for Sri Lanka”, noticeable violations were reported in the recent past against Sri Lankan products, especially with regard to Ceylon Tea.

“One such example would be the use of the Lion logo on retail packs that contain 100% Chinese Tea destined to Libya. In another instance, use of the Lion logo was detected in Dora Al-Otro brand tea packs, in which the packaging has been done in Jordan and Northern Iran (Worldwide Symposium on Geographical Indications, 2014).

“Sri Lankan Cashew and Cinnamon are other products that are being abused when Vietnam and Indonesia export the same products. This suggests the current domestic and international legal regime is not at a satisfactory level to protect GIs, and thus have led to a misappropriation of GIs,” the report added.

The report suggests that a strong legal mechanism is imperative to gain the maximum use of GIs, both at the domestic and international level, and in order to ensure that Sri Lanka’s indigenous and endemic agricultural products will not be abused by duplicates from other countries.

November 18, 2018 bythemorninglk No Comments
The Central Bank of Sri Lanka (CBSL) has been functioning independently and unhindered amidst the prevailing political crisis in the country, said CBSL Governor Dr. Indrajit Coomaraswamy.