Chelsea with the upper hand on the second leg 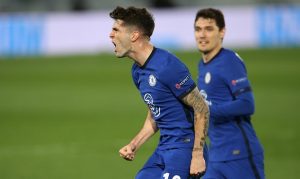 Chelsea will host Real Madrid in the second leg of the Champions League semi-final today (5). The first leg was a 1-1 draw but the blues hold the advantage with an away goal under their belt.

Chelsea peaked at the right moment in the season and currently looking at reaching a champions league final after they lifted the trophy in 2012. Thomas Tuchel has rejuvenated the star-studded Chelsea into a true force in Europe. They showed glimpses of their true potential in the first leg in Spain with Christian Pulisic opening the scoring for the visitors. However, the lead was short-lived when Karim Benzema equalised for Real Madrid.

Both teams were cautious in the second half but it was Chelsea who came close to finding the winner. However, Real Madrid would have been relieved to settle with a draw rather than conceding a loss or more away goals. They badly missed the likes of Sergio Ramos who will be ready for the second leg today. The spotlight will be on Eden Hazard who is returning to his former club where he made a name for himself.

Chelsea the on the other hand currently has two injury problems; Antonio Rudiger and Mateo Kovacic. Tuchel said Rudiger might be able to play in the second leg. However, the Chelsea manager admitted that Kovacic, who had a setback in training, will not make it for the game.