Chetan Sakariya’s astonishing call up for SL series: ‘I wish my father had been here to see this’ 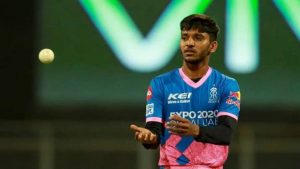 * Sakariya lost father due to Covid-19

* India unearths another talent from the ordinary

* Rahul Dravid will be India’s Coach.

The 20-member India squad for the limited-overs series in Sri Lanka in July has five new faces.

For the first time, Ruturaj Gaikwad, Devdutt Padikkal, Nitish Rana, K. Gowtham, and Chetan Sakariya have been picked to play for India, ostensibly with an eye to the T20 World Cup to be played in October-November, wrote Devendra Pandey and Shamik Chakrabarty in The Indian Express on Friday (11).

Shikhar Dhawan will lead the side and Bhuvneshwar Kumar will be his deputy for three ODIs and as many T20Is. It is learnt that Rahul Dravid will be the team’s Coach.

Among the five new faces, Sakariya is the most captivating story. Over the last one year, his life has been on a roller-coaster.

From losing his younger brother to earning an Indian Rs. 1.2 crore (Rs. 32.5 million) contract with Rajasthan Royals in the Indian Premier League (IPL) and then the pain of his father’s death – the 23-year-old left-arm seamer from Saurashtra has had an emotional overload.

After the IPL was suspended in May, Sakariya rushed back home upon hearing that his father Kanjibhai contracted Covid and was admitted to the hospital.

A week later, Kanjibhai breathed his last. Little wonder that Sakariya has dedicated his India call-up to his late father.

Seven days with father in hospital 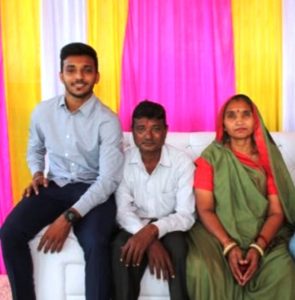 Last month Chetan Sakariya lost his father, who had been a tempo driver, due to Covid-19. It was only last January that he lost his younger brother who committed suicide

“I wish my father had been here to see this. He wanted me to play for India. I miss him a lot today. God has made me see ups and downs in a span of one year. It has been a very emotional ride so far,” Sakariya has told The Indian Express from Chennai, where he is going through the drills at the MRF Pace Foundation.

“I lost my younger brother (Rahul who committed suicide in January) and a month later I got a big IPL contract. I lost my father last month, and god has handed me an India call-up. I was in the hospital for seven days when my father was battling for his life. This is an irreplaceable void. This one is for my late father and for my mother, who allowed me to continue with my cricket,” the youngster went on.

Until two years ago before his demise, Sakariya’s father was driving a tempo to make ends meet in Vartej, a small town 10 kilometres from Bhavnagar in Gujarat. Since the family didn’t own a television set until five years ago, watching cricket meant walking across to some friend’s houses or hanging outside electronic showrooms.

It was only recent months that India picked another two fast-bowlers, Thangarasu Natarajan and Mohammed Siraj, from poverty-stricken social classes in the country.

Sakariya had never been part of the India A fold even. His performance in half an IPL prompted the Chetan Sharma-led selection committee to pick him for the Sri Lanka tour.

Both Gaikwad and Padikkal, on the other hand, have risen through the India A ranks apart from their exploits in domestic first-class cricket and the IPL.

That Sakariya has been preferred over Jaydev Unadkat’s experience speaks volumes for his improvement. In this year’s IPL, which got suspended after 29 matches, he had seven wickets for Royals in as many matches at an economy rate of 8.22.

Sakariya had impressed the team management enough to become the first-choice Indian left-arm pacer for his franchise. But did he expect his India selection?

“The way people were talking about me after the IPL, I was thinking that now at least I have a chance to be a net bowler for the Indian team. I never expected that I will straightaway be picked in the main squad for Sri Lanka. Now it has happened, I will give my best,” Sakariya said.

His Captain at Royals, Sanju Samson, probably had pre-empted it. “Sanju bhai was showing more confidence in me than anyone else. In fact, he told me during the IPL that the way I was bowling, an India cap wasn’t far away.”

This is basically a second-string India side, for the top guns have been touring England for the World Test Championship final followed by a five-Test series.

But the team selection for the Sri Lanka tour has served an indication that the selectors want to have as many options as possible ahead of the showpiece ICC event, the 2021 T20 World Cup.

Dhawan being given the captaincy means that he has been kept in the loop for the T20 World Cup as also Kumar, whose non-inclusion in the England touring party had raised many an eyebrow.

Kumar returned from injury to play the limited-overs home series against England, but early into the IPL, he once again picked up a niggle.

Kuldeep Yadav –whose loss of form of late has been alarming– has been given another chance, while this is an opportunity for his spin-bowling partner Yuzvendra Chahal also to get into the groove.

Spin is going to play an important role in the T20 World Cup, irrespective of its host country, India or the United Arab Emirates. Then again, it also shows that beyond Ravindra Jadeja, places are up for grabs.

Asian Games debacle: Now we know where we are – NOC President