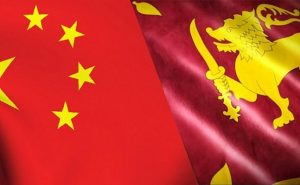 China has donated several equipment including drug and explosive detectors worth Rs. 750 million to Sri Lanka.

These modern apparatus was donated to Sri Lanka upon a request made by President Sirisena. This is the first occasion where such high-tech machines have been used for public security and drug apprehension activities in Sri Lanka.

Three robotic machines which can detect explosives and drugs within the range of 3km are among these donations. The value of each machine is Rs. 85.5 million.

The three explosive detectors worth Rs. 90.5 million each have been designed to sense explosives and weapons hidden in the human body automatically.

The value of 25 Hand Held Vehicle Scanners is Rs. 3.2 million.

The donation also includes 500 Hand Held Metal Detectors worth Rs. 2.75 million will be utilized by the Security Forces to detect automatic weapons carried by individuals.

March 10, 2021 byMihi Perera No Comments
The Colombo High Court today issued an arrest warrant on former MP Hirunika Premachandra for not appearing in the court over the case in which she is accused of abducting a youth in 2015.