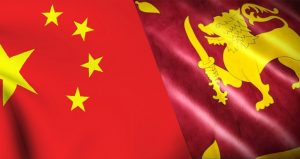 China yesterday(26) ratified its extradition treaty with Sri Lanka in a bid to fight transnational crimes.

The extradition treaty with Sri Lanka was ratified at the closing meeting of a five-day bimonthly session of the Standing Committee of the National People’s Congress, China’s top legislature.

The 22 article extradition treaty covers extradition-related content, such as what crimes can trigger extradition and what materials need to be prepared while applying for one.

Under Chinese law, a treaty takes effect only after it is reviewed and adopted by the country’s top legislators.

China began working on extradition treaties with Sri Lanka in September 2014. The two negotiating teams signed the treaty on April 22, 2016 in Beijing.

The treaty was submitted to the  Standing Committee of the National People’s Congress on the 22nd of August for its review.

Bus fares up by Rs. 3 from next week

December 29, 2021 byRuwani Fonseka No Comments
State Minister of Transport Dilum Amunugama says that the minimum bus fare will be increased by Rs. 03 with effect from January 05, 2022.

Accordingly, the minimum fare for travel in Sri Lanka Transp

January 23, 2019 byRandev No Comments
President Maithripala Sirisena left for Singapore today (23) to deliver the Keynote address at the Third Forum of Ministers and Environment Authorities of Asia Pacific.