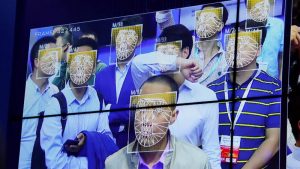 Sri Lanka has turned to China to obtain mass online surveillance systems which will encompass the entire nation, The Sunday Morning learnt.

With the unexpected eruption of riots, Sri Lanka will obtain Chinese support to prevent the fuelling of communal discord via the use of the internet in the future.

A Chinese technical team is expected in the country shortly, to provide assistance to Sri Lanka in this regard.

President Maithripala Sirisena was in China last week on a three-day official tour during which he met his Chinese counterpart Xi Jinping and China’s Premier Li Keqiang, clinching over Rs. 5 billion worth of military support in terms of software and other surveillance equipment.

However, with the third social media blackout being enforced last week in just one month, following the 21 April bloody Easter bombings, many fear that Sri Lanka is in the process of implementing a China-styled Great Firewall to block social media.

“The package made available is well over Rs. 5 billion, out of which Rs. 100 million is a grant. The Chinese President reiterated that the relations between the two friendly countries were based on Buddhism. We should not forget that during three important junctures during the war, China came to our aid.” Governor Tennakoon said.

During his visit to China, President Sirisena said that the country did not have technological expertise and equipment to trace individuals who were fanning the flames of terrorism by propagating false information through social media.

The Chinese President agreed to provide the necessary technological expertise and equipment to the country immediately.

June 16, 2022 byRuwani Fonseka No Comments
Prime Minister Ranil Wickremesinghe, last evening (15), met with Members of Parliament in order to brief them on the current economic situation.

This was made known via the Prime Minister's Media Div

Dissanayake to assume duties as Secy to PM

Dissanayake is to begin his new tenure tomorrow (20).