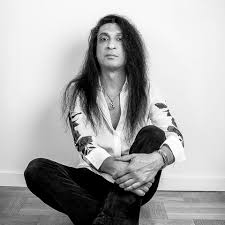 A brand new music video by popular musician, Chithral Somapala was launched on the 16th of January at the Colombo City Center.

Written and composed by Kalum Srimal, and sung by Chithral Somapala, ‘Sinha Lokaye Sinhaya’ was composed with the aim of inspiring young Sri Lankans to “Find their(your) Lion”, and achieve their ultimate goals.

Directed by internationally acclaimed director, Asad-ul-Haq and produced by Chithral Somapala himself, the video revolves around two characters – an architect who longs to become a professional surfer and an art student who dreams of becoming a drummer.

The video shows the obstacles that they encounter along each of their journeys. In the end both characters find their lion and achieve what they’ve always dreamt of.

The music video was produced by Rasitha Jinasena of Skyy Productions and Saliya Weerasekara of Antswork Productions.

“’Sinha Lokaye Sinhaya’ is an inspirational song that is currently played at a number of national and important events to boost the self-confidence and courage of all listeners especially the youth.

It has been quite a long time since such a song was introduced and it is my hope that ‘Sinha Lokaye Sinhaya’ will bridge the inspirational music gap and revolutionize the thinking of the younger generation” said Kalum Srimal.

“Kalum has done an amazing job in writing and composing such an uplifting and inspirational piece of music.

It has been a long felt need of mine to inspire our youth to greatness and “Sinha Lokaye Sinhaya” is my effort to do just that.

In today’s society it’s important that the younger generation receives all the encouragement they need to strive hard and achieve their goals.

I also want to thank Rasitha Jinasena and the team from Skyy Productions, Asad-ul-Haq, and Saliya Weerasekara of Antswork Productions for the wonderful job done on the music video.

It was an honor to work with such a talented and internationally renowned director”, stated Chitral Somapala.

He is known for his work with European power metal bands Firewind, Power Quest, Avalon, Faro, Red Circuit and Civilization One.

Somapala gained popularity in his home country due to his Sinhala track ‘Nadee Ganga’, which was released in 1998.

He is also the composer and singer of the Olympic theme song “Dreams of Fire” for MTV in Sri Lanka.

Chitral Somapala is the son of renowned Sri Lankan singers, P. L. A. and Chitra Somapala, his father also worked as a film music director.

May 22, 2019 bythemorninglk No Comments
If you heard this year’s Met Gala theme “camp” and were confused when you didn’t see any rolled up sleeping bags or a few pairs of combat boots, you’re not alone.

June 22, 2020 byJennifer Anandanayagam No Comments
The shortlist which was announced on 20 June. The Gratiaen Prize is an annual literary prize awarded for the best literary works of English language writing.