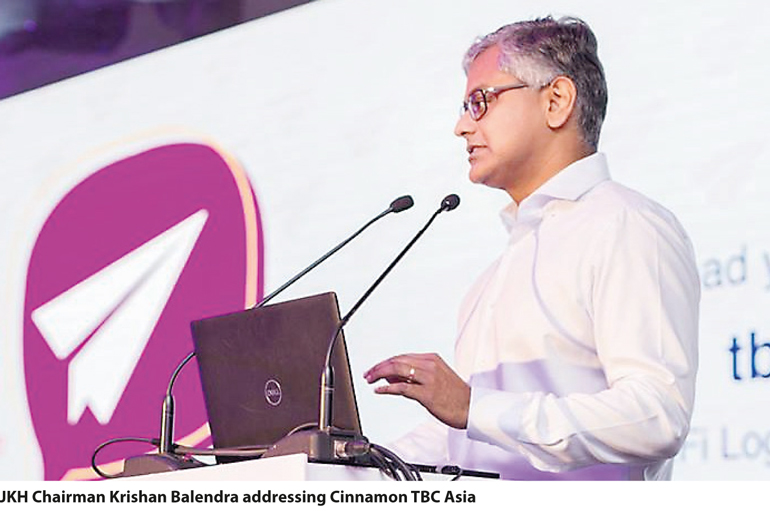 In just four months following the terror attacks that threatened to derail the fast-flourishing tourism industry of Sri Lanka, a strong recovery strategy implemented by key private sector players such as Cinnamon Hotels & Resorts has gone a long way in enabling the sector to effectively address and avert an emergent crisis.

To first project a positive image of the country, Cinnamon created a video featuring comments by international celebrities hosted by the hotel chain over the years, calling on the world to visit Sri Lanka. The video produced by Cinnamon in collaboration with the Sri Lanka Tourism Board (SLTB) as part of the “Love Sri Lanka” campaign saw celebrities such as famous chefs Nigella Lawson and George Calombaris and well-known musicians such as Shaggy and Joaquin Quino McWhinney of Big Mountain sharing their love and support; the video went viral within a few days.

“First and foremost, the support and love Sri Lanka received soon after the attacks from across the globe was truly reassuring and promising,” stated John Keells Group – Leisure President Jit Gunaratne. “We received truly uplifting messages from celebrity guests Cinnamon hosted throughout the years, urging and encouraging us to show the world our true Sri Lankan spirit.”

The feedback, engagement, and response to the celebrity video led Cinnamon to further engage with popular celebrities as destination ambassadors to promote Sri Lanka, and among them are Miss World 2017 Manushi Chhillar and former Miss Sri Lanka and famed Bollywood actress Jacqueline Fernandez. 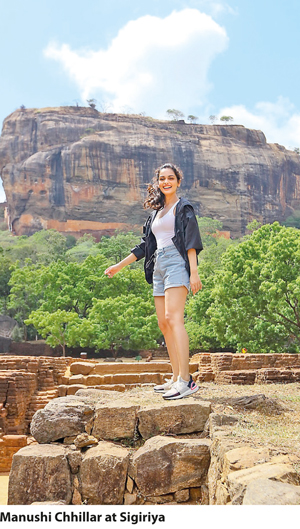 Chhillar was first to visit Sri Lanka in July, courtesy of Cinnamon, and toured the country with visits to multiple Cinnamon properties and major local attractions. The video of Chhillar’s Sri Lankan escapades garnered over 4.1 million views and engagements across her Instagram, Twitter, and Facebook and nearly 360,000 views and engagements on Cinnamon’s Facebook, Instagram, and YouTube handles. With 5.7 million followers on Instagram and almost a million followers on Facebook, the former Miss World was instrumental in increasing sharing and engagements for Sri Lanka-based content across multiple digital platforms following her statement: “It’s no wonder Sri Lanka is ranked as the best island in the world and the No. 1 travel destination for 2019.”

Jacqueline Fernandez visited Sri Lanka in August to kick off Cinnamon’s Bring a Friend Home (BAFH) campaign, an innovative promotion that gives Sri Lankans an opportunity to invite friends from all over the world to experience the hospitality of home sweet home. Sri Lankans were called to nominate foreign friends to visit Sri Lanka on the official website www.bringafriendhome.com where invitations can be sent to foreign friends abroad from 30 July to 15 December 2019 for stays within the same period.

Fernandez’s participation in the campaign to celebrate her birthday in Sri Lanka with 15 of her friends and family generated nearly 20 million unique views and engagements on her Facebook, Instagram, and Twitter accounts. On her Instagram account alone, her posts reached nearly 17 million engagements, with close to three million engagements on Facebook. With a following of 31.7 million, Fernandez’s video of the trip was received most positively on Instagram. Both the visits of Chhillar and Fernandez garnered much publicity through the public relations network across India through several mediums such as television, print, social media, and online.

Chhillar was first to visit Sri Lanka in July, courtesy of Cinnamon, and toured the country with visits to multiple Cinnamon properties and major local attractions

Cinnamon will also host the third edition of the “Future of Tourism Summit” (FOT 2019) later this month, under the timely theme “Challenges and Growth in the Face of a Crisis”. This year’s event will feature an exclusive lineup of speakers, including CNN Correspondent and host of Quest Means Business Richard Quest, United Nations World Tourism Organisation (UNWTO) Special Advisor to the Secretary General Anita Mendiratta, and other top global destination experts, to share their specialist knowledge and insights on how tourism industries can implement sustainable strategies to recover and rebuild following a period of crisis.

As a result of such continued efforts during the past four months, Cinnamon announced the first-ever Cinnamon Wellness Retreat planned for November this year. The immersive 10-day programme will be launched at Cinnamon Lodge Habarana, reassured of a stabilising industry and promise to reconnect with Sri Lanka’s world-renowned experiential tourism vertical.

“We, as industry leaders, have understood the role and responsibility of Cinnamon in the most perplexing of times and stepped up to the challenge. Our teams were working full days, seven-day weeks, to ensure that our industry, and not just our properties, was getting back on track. Our main objective over the last four months was and in the coming months will be to propel forward and continue with our campaigns to recover Sri Lanka’s tourism industry, and support all stakeholders and communities that are still dependent on it for their livelihoods. I’m humbled by the amazing response and steadily increasing tourist numbers. The world is definitely falling in love with Sri Lanka all over again, and Cinnamon is proud to be part of the revival,” said John Keells Group Vice President, Cinnamon Hotels & Resorts Head of Brand Marketing, and Cinnamon Life Mall CEO Dileep Mudadeniya.

Cinnamon Wellness Retreat planned for November this year. The immersive 10-day programme will be launched at Cinnamon Lodge Habarana

While driving forth these multiple campaigns, promotions, and initiatives, Cinnamon also clinched the prestigious Pacific Asia Travel Association (PATA) Gold award for Heritage and Culture at the Guru Gedara Festival, Sri Lanka’s first immersive traditional performing arts experience held in collaboration with the John Keells Foundation and Chitrasena Vajira Dance Foundation (CVDF). This was the only Sri Lankan entry to be recognised by PATA in 2019.

Furthermore, Cinnamon has also been shortlisted for the International Travel & Tourism Awards 2019 (ITTA) under the Best Digital Campaign in the Tourism category for the Travel Blogger Conference Asia (TBC Asia) – a pioneering digital strategy implemented to enhance Cinnamon’s digital footprint across the global tourist market. With 60 travel bloggers from around the world communicating near real-time destination and brand-based content, Cinnamon reached over 5.5 million followers across Facebook, Twitter, Instagram, YouTube, and travel blogs, resulting in over 20 million unique digital impressions.

The Cinnamon Hotels & Resorts chain comprises 14 distinct hotels and resorts located in key areas across Sri Lanka and the Maldives. The brand embodies a passion for inspired living and promises holistic and enhanced experiences that are tailor-made to suit the specific interests of travellers. The Cinnamon brand focuses on delivering memorable holidays and getaways that deliver exceptional standards of service whilst showcasing the warmth and vibrancy of contemporary Sri Lankan hospitality.

Sri Lanka will be bankrupt by January: Harsha

December 10, 2021 byNews Admin No Comments
Sri Lanka will be bankrupt by January 2022 as the country’s foreign currency reserves are insufficient to fund the foreign currency-denominated debt service repayments over the next two months, Samagi

October 3, 2019 byCharindra No Comments
SML Frontier Automotive today (3) announced a change of its company name to Access Motors to align with its holding company, the Access Group.