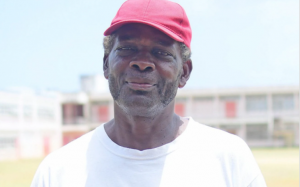 Former outstanding Barbados and West Indies cricketer and World Cup winner Collis King, says that while he is happy to see the performance of the region’s senior players both against Bangladesh and Sri Lanka, their lack of fitness remains a serious issue.

One of the finest utility all-rounders to play for the West Indies, as well as for county and league teams in England and South Africa, King recalled that under Captain Clive Lloyd and trainer Dennis Waite the guys trained like “butchers’ dogs”.

“It is a different era. When we were under Lloyd (Sir Clive) we had a lot of guys who we practised hard with under Dennis Waite (fitness trainer). He had us like a butcher’s dog – fit,” King told Barbados Today.

We didn’t have to be told

Fast forward decades later and King who last represented the West Indies in 1980 is querying the fitness level of regional cricketers.

“You didn’t have to be told to get fit. Once cricket was on, you know you had to be fit or you would not be playing. When I hear guys not passing fitness tests, it gets to me. And if you are not fit you can’t play four or five-day cricket.

“Fitness of mind, physically and mentally. If you are fit mentally you are going to come through. Physical comes into it but once you are out there, mental comes into it like how to wear down a bowler or how to get a batsman out. That has to come into your cricket as well,” King, who played competitive cricket into his 60s, said.

You can’t take that

He added: “It hurts me when I hear fellows have to be given another go to try and get fit. I would have thought that once you pick 24 guys to go in a camp and you set a precedent that 40 is your level for fitness and you can’t reach that level, and you are around 23, 24, that gets you thinking. At 24 years, a man should be at the peak of fitness and you fail a fitness test? No, can’t take that one.

“Recently, a number of players missed out on West Indies selection as a result of failed fitness tests, including Shimron Hetmyer, 24, who has failed a previous test, Oshane Thomas, 24, Roston Chase, 29 and Sheldon Cotttrell, 31.

King is famous for his brilliant knock of 86 runs off 66 balls for the West Indies, which along with Vivian Richards’ unbeaten 138 helped them to World Cup glory in 1979 against England.

Currently based in England where he coached various clubs with his last being Dunnington, King noted that he was happy with the talent emerging amongst the batsmen including late bloomer Nkrumah Bonner and Kyle Mayers.

“Guys like Bonner and Mayers had a good tour of Bangladesh. Let’s hope these guys can continue now and push forward,” King stated. 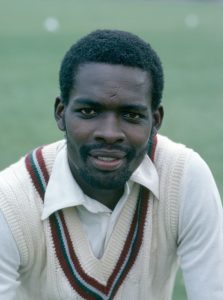 Collis King during his playing career

He is a former West Indies first-class cricketer who played nine Tests and 18 One Day Internationals for the West Indies between 1976 and 1980.

Career Highlight: His highest score in ODIs came in the 1979 World Cup final against England, when he came in at 99/4 to hit 86 off 66 deliveries, and added 149 with Viv Richards. King also held a catch and bowled three overs for 13 runs in the match, and the West Indies won by 92 runs.

Coaches cannot do everything

During a wide-ranging interview, King also spoke about the need for regional players to train hard and not leave it all up to the coaches.

He also questioned the preparation of Caribbean pitches and said that the curators and officials needed to start producing wickets that were suitable for pace.

“The guys have to keep working and as the saying goes, a coach can coach you but the guy has to do some work for himself. I can tell you how to play a ball, how to execute an on-drive, a cover-drive, back cut or any type of strokes. But when you get out there it is not me anymore, it is you.

Why there are no fast tracks 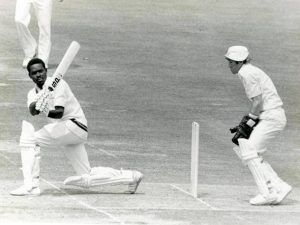 King is famous for his brilliant knock of 86 runs off 66 balls for the West Indies, which helped them to World Cup glory in 1979 against England

“Once the umpire says ‘play gentlemen’, it is you who have to put practice into play. The ones that listen to the coach perfectly are the ones that execute on the day of reckoning. So, for the boys, all they have to do is work hard. Even when there is no coaching you have to go, do your own thing. It is all about you when you get to the crease,” he stressed.

About the pitches, King stated: “Years gone by Jamaica and Barbados had the two quickest wickets in the world. I mean if you got a full pace attack, why should we produce spinners’ wickets? We are guys who are accustomed to playing against good fast bowling.

“When opposition comes to the West Indies, I don’t see why we should prepare a wicket to suit [for example] India. If you go to India you are going to know that you are going to get spin. If you come to the Caribbean you must expect pace and that is what we were not doing.”

This article has been written by Morissa Lindsay of Barbados Today, 22 March 22, 2021

July 21, 2021 byRevatha No Comments
One of the most loved veterans among Sri Lanka’s sports journalists, Elmo Rodrigopulle passes away