Colombo city: What a sight to see

December 6, 2021 by Venessa Anthony No Comments

Colombo City Centre (CCC), along with Ebert Silva Holidays (Pvt.) Ltd., recently launched the CCC Social Bus – a much-needed travel experience where CCC shoppers can discover all that Colombo has to offer with a bus tour covering some of the most iconic buildings and monuments in the city of Colombo. The best part is that this entire tour is provided absolutely free of charge exclusively for all CCC shoppers! 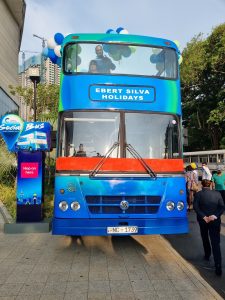 The CCC Social Bus tour has the added advantage of being endlessly convenient, as all you just have to do is park, dine in, and simply hop on the bus. The tour starts and ends at CCC, as it will do in the future as well, and all we had to do was hop on the CCC Social Bus and present our invoice to the concierge desk in order to obtain a free travel pass.

We were told that this route has been carefully planned and mapped out in order to showcase as much of the city as possible.

Brunch had an opportunity to experience the tour, and we were able to rediscover the magic of Colombo and learn more about our history. Throughout the tour, a live commentary was presented by a professional Tourist Board-certified guide who was part of this special tour. The bus itself was not reminiscent of a typical Sri Lankan bus, as it slowly and gently made its way across Colombo, giving its passengers enough time to take in the scenery and the rich heritage that surrounds it. 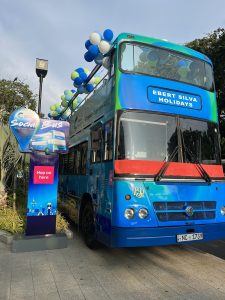 The CCC Social Bus in itself is unique and beautifully designed in order to capture the eyes of Colombo and make the tour itself a marvel of the city. While we were traversing along Colombo, we did have quite a number of adults and children alike excitedly point our way and exchange friendly waves. No doubt, promising a good start for the tour and its future endeavours.

As we boarded the double decker bus, we were handed a map with all the destinations and our route, along with a bottle of water, which was welcome, taking into consideration the overhead heat.

En route, we were told the significance of each site and witnessed Colombo through a new lens as the ride allows you to catch a glimpse of our rich culture and heritage through the preserved pieces of history that hide in plain sight. Although the bus could be boarded by foreigners, we think that this is equally as suited to a local market as we too found ourselves learning new facts about certain parts of Colombo.

During the tour, we were informed that at two stops – the Colombo Museum and the Independence Square – passengers can choose to hop off, explore the locations, and rejoin the tour on the next rounds. 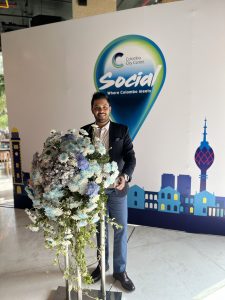 Thus, it is also a great educational tour, especially for children, to learn more about Colombo and the history of Sri Lanka.

Overall, the CCC Social Bus tour lasted 90 minutes, and took us on a journey around town that changed our entire perspective on Colombo City, especially upon listening to the true historical stories about the sites.

CCC and Ebert Silva Holidays recently signed the Memorandum of Understanding (MoU) for this project in order to make all people, both local or foreign, fall in love with Colombo and provide an opportunity to truly appreciate the city. Not only is this one of the best ways to discover the magic of the city, but also to discover the beautiful history and stories about Colombo that will amaze and astound.

For more information about this exciting new travel experience, follow the CCC Facebook and Instagram pages or ask the concierge desk on your next visit to the mall.

Travelling taught me to be patient, adaptable, and broad minded about life

October 15, 2021 byNews Admin No Comments
Praveen Rathnasabapathy, aged 21, is a solo traveller from Sri Lanka. It has been three years since he started exploring life. He is incredibly passionate about photography and everything that happens

Be humble and share everything you know: Jerome L. De Silva

January 20, 2019 bythemorninglk No Comments
Celebrating his 50th year in theatre, Jerome L. De Silva is one of Sri Lankan theatre’s most prominent faces.