Operations at the Colombo Port have been severely affected due to the drastic drop in employees reporting to work due to the Covid-19 situation, a trade union affiliated to the Janatha Vimukthi Peramuna (JVP) alleged yesterday (1).

Speaking to The Morning, All Ceylon General Ports Employees’ Union (ACGPEU) Deputy General Secretary G. Niroshan stressed that there was around a 40% reduction in Sri Lanka Ports Authority (SLPA) employees reporting to work, mainly due to the quarantine curfew imposed in the Gampaha District. 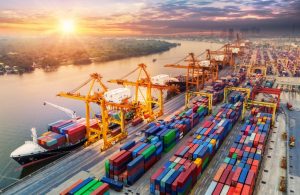 “Even though employees can come to work using their passes, they are not coming as there is no proper Covid-19 management programme at the ports premises,” he stressed.

Employees did not want to put their lives at risk, he said, adding that most of the gantry crane, transfer crane, and other crane operators were residing in the Gampaha District, and since they were not reporting to work, the unloading of shipments had been delayed.

According to him, the delay in unloading shipments would result in a huge loss to the SLPA.

“At present, the management is discussing the possibilities of calling for retired employees as a measure to continue the port’s operation. But as of today, none of the measures have been implemented,” Niroshan noted.

He also alleged that at present a number of ships have been stuck at ports without being able to unload the shipments.

Meanwhile, when contacted by The Morning, SLPA Chairman Gen. Daya Ratnayake said that operations were delayed till last Friday (30 October) but now the operations were returned back to normal.

“There was an issue due to the lack of necessary staff, as around 30% of employees were from Gampaha and the Covid-19 situation there had interrupted the operations. Now, operations are returning back to normal,” he stressed.

Responding to the allegations levelled by the JVP-affiliated trade union, Gen. Ratnayake noted that the SLPA has promulgated all necessary health measures as quickly as the pandemic was reported and started disrupting the global supply chain.

“Strict health measures have been introduced for the smooth operation of the port,” he added.

Unfortunately, some parties with vested interests are giving inappropriate and manipulated interpretations to the work they continue to do collectively to ensure the safety of all, he added.

Chess Corner by Dulan Edirisinghe: Claustrophobic knights and the importance of “Rule one”

May 9, 2021 byRevatha No Comments
Our weekly chess column

March 18, 2021 byNews Admin No Comments
Home quarantine has been permitted and encouraged for returnees and tourists under the revised health guidelines which are expected to come into effect over the next few days with the formal approval