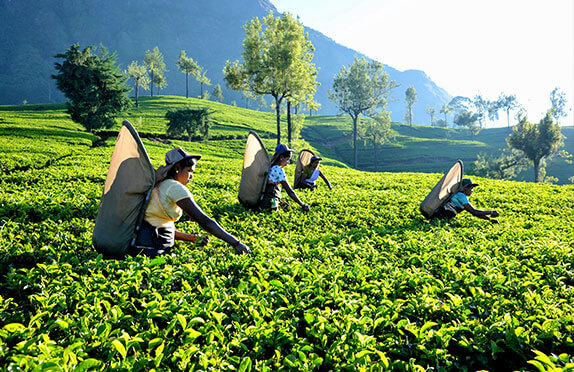 The Colombo Tea Auction concluded its first sale of the year with a total of 6.2 million kg of tea on offer.

“Ex-Estate offerings were maintained around approximately 1 million kg, whilst the quality of offerings particularly from the Western sector were irregular,” stated Forbes & Walker Tea Brokers.

There was fair demand, although at slightly easier levels. The select best BOP/BOPFs were often easier following quality, whilst prices for teas in the other categories tended to fluctuate due to the increased availability combined with the demand factor based on the urgency of shipments.

Corresponding BOPFs sold around last auction’s (Sale No. 50 of 2019) levels, and gained momentum for demand for teas at the lower end, whilst the better teas tended to decline and fluctuate following quality.

Forbes & Walker further stated that the high and medium grown CTC teas continued to witness good demand with the exception of poorer Low Grown types, which were neglected.

In the Tippy catalogues, FBOPs in general were firm, and selected Best FF1s were firm to selectively dearer, whilst the balance, together with Best, were easier; however, Below Best and teas at the bottom were fully firm.

Meanwhile, the Colombo Tea Auction cleared 5.2 million kg of tea at the third e-auction, in 2020.

Huawei on a mission to digitise Sri Lankans

September 27, 2020 bythemorningeditor1 liberty No Comments
Amidst the Fourth Industrial Revolution, Sri Lanka has been lagging behind in fully embracing digital transformation to drive sustainable development. In order to promote such inclusion, Huawei