The Sigiriya Kite Festival – commendable effort but did it accomplish its purpose?

The Sigiriya Kite Festival, organised by Deep Jungle Entertainment and endorsed by “So Sri Lanka”, the current campaign by the Sri Lanka Tourist Board (SLTB), was held on 15 June in Dambulla and Sigiriya.

The event was hosted with the intent of furthering the Government’s attempt to rebuild Sri Lanka’s tourism industry, which took a massive hit following the Easter Sunday terror attacks.

For the most part, the event was a success as it drew a crowd of locals; however, they largely consisted of hoteliers in the vicinity most affected by the recent incident. If you take away those parties, the participation was, sadly, disappointing.

Many locals did make their way to the field where the event was being held, however the number of security forces allocated by the Government, as they would have been expecting to draw a bigger crowd, appeared to outnumber the actual participants.

The intent of the event was quite evident, considering the messaging that was etched on to most of the kites that were being entered into the competition, which read: “safe to travel”, “we welcome you”, “Sri Lanka is safe to go”, and “come back to Sri Lanka”.

It is unfortunate that despite efforts put forth by those in the hospitality industry surrounding the area, attendance was poor and not as expected.

While the attempt made at promoting tourism once again was commendable, perhaps it may have turned out better if more effort was put in to promote it, as it was colourful, full of culture, and enjoyable. Perhaps a more widespread awareness campaign guaranteeing attendees’ safety and explaining the security measures taken would’ve increased participation by locals and those attending from out of town.

Regardless, we truly appreciate the attempts made by Deep Jungle Entertainment, which was instrumental in bringing everything together, and largely responsible for making the event a reality and getting things off the ground. They were able to generate a festive experience, with vendors and an atmosphere that was truly entertaining.

We spoke to Pinto, the organiser from Deep Jungle Entertainment, who stated that they had originally hoped to do more; a cultural demonstration including a traditional snake dance and also fire display. However, the Police did not issue the permit for them to continue the event late into the night, due to which they were unable to include those performances.

We spoke to some of the participants about what they thought of the event and the importance of having events such as this in the future so that we may keep our once thriving tourism industry alive. 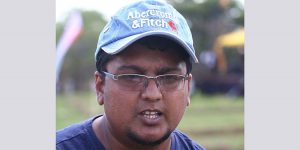 “When we first heard about the event and saw the advert, we were hopeful that there would be a bigger turnout and that the promotions would elaborate more information as time went on. However, we think that since security issue isn’t totally solved yet, it is understandable. Hopefully, if we continue to organise such events, it’ll improve our current situation.” 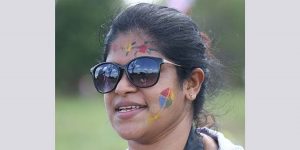 They also added that they represent a volunteer project called “Google local guided”, which involves them travelling and updating Google maps. The three actually met through the programme. 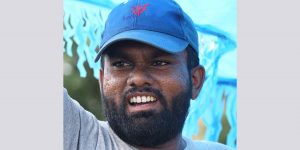 “We got a little involved in the organisation process of this event. We are participating because we believe it’s possible to improve this current slump we are in. We believe that more events like this will make a world of difference, and although you’re seeing few attending now, we believe that as time goes on, the crowds will only get bigger for future events.” 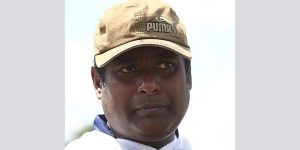 “The primary reason we are participating is to improve the tourism industry in the island, especially in our area which used to be a hub. It is our responsibility as part of the larger whole to contribute as best as we can. We are willing to support the Government in whatever they need, in any way we can, because this is for everyone, and is not one person’s responsibility.

“We have to make this colourful, and we’ve attempted to show our wishes through the design of our kite as well by incorporating the colours of our flag and also our hotel logo. We are simply being hopeful and doing our best.” 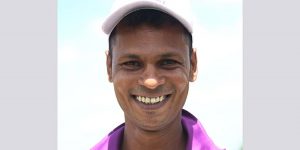 “We are representing our hotel chain, from which we have several participating. This past season was an amazing season for us; hotels were actually overbooked and we had to bring in resources to accommodate the overwhelming income of guests. But now, as you may have figured, it is nowhere near that – it’s actually non-existent due to this unstable situation. All we want to do is take our industry back to that golden age we were building for ourselves. Let’s hope.” 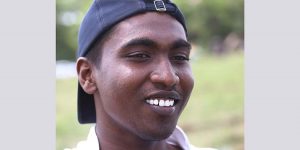 “We are here because this might attract more tourists to this area. The influx of guests is a little low these days, so let’s see.”

October 11, 2020 bythemorningeditor1 liberty No Comments
Here we are, as Sri Lankans, watching a second outbreak of Covid-19 taking place, with the first new case of community-bound Covid-19 being reported last Sunday (4), and a total of over 1,000 cases,

Dynasty Residence – A haven in the hills

April 16, 2019 bythemorninglk No Comments
Dynasty Residence is Mahasen Samaravijaya’s pilot apartment project in Sri Lanka. He was born in the hill capital and was based there during his school tenure. He is back in his homeland after 45years