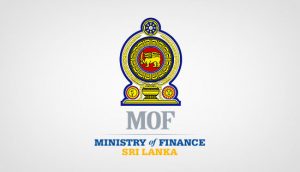 A committee has been appointed to investigate the alleged irregularities that occurred in four state banks during the past five years, according to the Ministry of Finance.

The committee was appointed to investigate the irregularities and malpractices that may have occurred since 8 January 2015 in Bank of Ceylon, People’s Bank, National Savings Bank, Regional Development Bank, and affiliated institutions.

The committee will also present recommendations on legal, financial, and administrative measures required to ensure such malpractices do not occur in the future, as well as recommendations on offering an improved service through the state banking system, the statement issued by the Ministry of Finance stated.

The process of digitizing cinemas should be carried out with standards: COPE

July 20, 2021 byMihi Perera No Comments
The Chairman of the COPE Committee Prof. Charitha Herath said that many issues have transpired due to the lack of standards in the process of digitizing cinemas.

All Cabinet Ministers decide to resign from portfolios

April 3, 2022 byAazam Ameen No Comments
All of Sri Lanka's Cabinet Ministers have decided to resign from their portfolios, it is learnt.