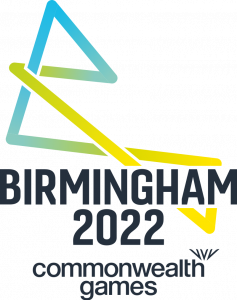 Sri Lanka women cricketers eye a place in the Commonwealth Games 2022 in Birmingham this year, when cricket is to be part of the Games only for the second time in over two decades

Sri Lanka women’s national cricket team will leave for Malaysia on Sunday (9) to take part in the Cricket Qualifiers of the 2022 Commonwealth Games.

The qualifier tournament is to be held from 18-24 January.

Out of five countries, only one will get qualification from this tournament to enter the cricket segment of the 2022 Commonwealth Games in Birmingham, England.

Cricket in the Com Games are set to be held from 29 July to 7 August.

‘We have the best chance’

“We have the best chance of getting through the qualification. We think we can get through without much trouble. Bangladesh and Scotland are expected to give us the stiffest resistance,” a Sri Lanka women’s team source told The Morning Sports yesterday (2) on the condition of anonymity, from their team hotel.

The Sri Lanka team is now under their pre-tour quarantine at the Cinnamon Lakeside Hotel in Colombo whilst doing their regular practice at the nearby P. Sara Stadium.

Their preparations, though, had been somewhat hampered as one of their support-staff members had tested positive for Covid-19, while being inside the bio-security bubble.

“Currently the team is doing their practices under Head Coach Hashan Tillakaratne and his assistants, Lanka Silva and Dinuka Hettiarachchi, who are their Fielding and Spin Bowling Coaches, respectively,” the source added.

A total of 29 persons will leave for Malaysia on Sunday. The Sri Lanka women’s team will be under Chamari Athapaththu. The squad comprises of 16 players, plus four extra players. There will be nine officials in all.

Only one out of five

Cricket did not play a part in the next five Com Games. This time, being reintroduced, it will only be a women’s Twenty20 International tournament with the participation of eight countries. No segment of cricket for men this time.

England as hosts along with Australia, India, New Zealand, South Africa, and Pakistan, who all come in as the International Cricket Council women’s T20I table-toppers in the current rankings, have already qualified for the Birmingham Games. Barbados will travel to Birmingham as the country representing the West Indies region in the Games.

That means only the eighth or the final slot is to be decided by the Malaysian qualifier tournament which Sri Lanka women are going to take part in.

Other than Sri Lanka, countries such as Bangladesh, Kenya, Malaysia, and Scotland will be playing in the Malaysian qualifiers hoping to grab the only remaining slot in the Birmingham Games.

The 22nd Commonwealth Games will be held in Birmingham from 28 July to 8 August.

FROM HERO TO ZERO! – Winning the Collision by Shanaka Amarasinghe

January 8, 2020 byRevatha No Comments
Winning the Collision by Shanaka Amarasinghe

October 30, 2018 byRevatha No Comments
Four fifties for Sri Lanka Board XI at NCC