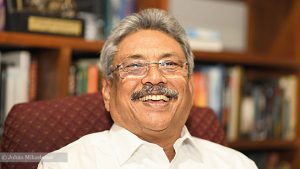 President Gotabhaya Rajapaksa has instructed officials to complete the construction of the second terminal of the Bandaranaike International Airport before the end of 2023.

Construction of the second terminal, which began in 2014, was scheduled for completion in 2017. Experts in the field point out that many aspects of the design are out of date due to the lack of construction.

Basil Rajapaksa, Chief of the Presidential Task Force on Economic Revival says that it should be developed as a Smart Terminal with all technical facilities to suit the year 2023. The President made this observation at a discussion held at the Presidential Secretariat yesterday afternoon (30) on the future plans of the State Ministry of Aviation and Export Zonal Development.

There was also a lengthy discussion on the course of action to be taken in the face of the adverse impact on the airport and airlines caused by the disruption of international flights with the COVID-19 epidemic.

President Rajapaksa instructed the government to take advantage of the stalled airport operations and complete the construction work day and night as soon as possible. With the completion of the second terminal, it will serve more than 15 million passengers a year. At the same time, the exit and arrival terminals begin to function as two segments. It is
also planned to provide an efficient service to passengers through e-Gate facilities.

May 5, 2021 byMihi Perera No Comments
Police Media Spokesman, DIG Ajith Rohana stated that a special operation was launched in the Western Province yesterday (04) to find violators of quarantine regulations and health instructions.

April 4, 2022 byNews Admin No Comments
The decision taken by the leaders of the 11 parties’ alliance to request that President Gotabaya Rajapaksa forms an Interim Government is an essential first step towards solving the present crisis fac