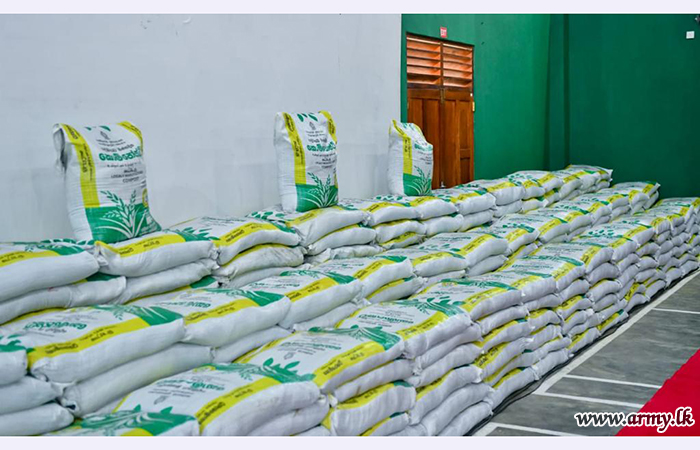 Sri Lanka Army in Trincomalee handed over another consignment of 91,000 kgs of organic manure, produced by troops serving under the Security Force HQ-East, in addition to stocks they handed over earlier too, to government-owned ‘Lak Pohora’ Ceylon Fertilizer Company Ltd for onward distribution among the farming community.

The Army noted in a statement that all battalions under island-wide Security Force establishments in future too with the Directorate of Agriculture and Livestock would continue to contribute to the project at their best.

The stock, produced by the SFHQ-East as its Phase -2 of the Organic Fertlizer Project was the collective efforts of all East-based troops on the guidelines given by Major General Channa Weerasuriya, Commander, Security Forces-East and its formal delivery to government authorities took place at the 22 Division HQ premises, headed by General Shavendra Silva who is currently in Trincomalee for several official assignments. Mr M Dammika Rathnayake, Regional Manager (East) at ‘Lak Pohora’ Ceylon Fertilizer Company Ltd symbolically accepted the stock at the occasion.

Earlier on 26 October 2021, the Security Force Headquarters – East (SFHQ -E), pushing forward the government’s organic fertilizer production drive as per instructions given by the Commander of the Army to all formations, handed over its SFHQ-E troops-produced first carbonic fertilizer stock of 86,961 kgs to the Ceylon Fertilizer Company Limited (Lak Pohora).

February 3, 2021 byMihi Perera No Comments
The Parliamentary Council is scheduled to convene today under the patronage of Speaker Mahinda Yapa Abeywardena at the Speaker's official residence.