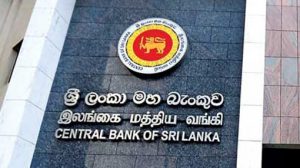 In March this year, soon after the Covid-19 outbreak in Sri Lanka, the Central Bank issued relief measures and regulations for financial institutions to assist both businesses and individuals.

Among those measures was a six-month moratorium on the leasing rentals of all three-wheelers, school vans, lorries, small goods transport vehicles, and buses operated by those who are self-employed.

In addition, financial institutions were instructed to offer a working capital loan at an interest rate of 4% and also to waive off interest payments for six months for small and medium-sized enterprises (SMEs); the tourism, apparel, plantation, and IT sectors; and related logistic service providers.

Following the death of Lanka Self-Employed Professionals’ National Three-Wheeler Federation Chairman Sunil Jayawardana on 11 June this year, the Central Bank appointed a committee to look into the irregularities in the non-banking financial sector, particularly with regard to leasing companies.

The committee found a number of issues and submitted a report with recommendations which are currently being implemented.

CBSL Director – Legal and Compliance Sirikumara Kudagama, who headed the committee, told The Sunday Morning that a number of its recommendations were already being implemented, among which were to draft the amendment to the Finance Leasing Act as well as to carry out awareness programmes.

“We have already begun preparing amendments that are to be made to the Finance Leasing Act in line with the committee recommendation. Awareness programmes for the Police on the legislation are already being carried out. Some dates have also been scheduled to educate journalists on the sensitivities of the subject,” he said.

In the short term, it had been proposed that the use of force to repossess property or vehicles be banned and a suitable mechanism be formulated and put in place.

“Another short-term proposal we made was that illegal leasing companies be abolished, either by having them registered or, if not, having them shut down,” Kudagama said.

He said that it had also been suggested in the report of the committee that the Central Bank issue directives to include special conditions that would ensure all agreements of leasing companies are fair.

“A lot of the personal complaints we got noted that most of the agreements were one-sided and favoured the leasing company,” Kudagama said. He went on to note that legal action could be taken by the Central Bank under certain conditions if any institution violates state regulations.

“A Microfinance Act was passed in 2016 but it failed to address the issue of leasing companies and the process of seizing when someone defaults. Irrespective of those laws, there are so many illegal money lending institutions. That is the other problem. The Central Bank does not attend to all those illegal institutions, even though it is their duty to do so and take some action. There was some failure to act on the part of the Central Bank,” Rajapakshe said, pointing out the need to bring in fresh legislation to address the issue.

On 10 August 2020, the CBSL established the Financial Consumer Relations Department (FCRD) headed by Director J.P. Gamlath to hear the grievances of the public.

“Initially, the FCRD will focus on financial consumer complaints and grievances on FSPs (financial service providers) regulated by the CBSL. At a later stage, it is expected to expand the scope to cover areas such as monitoring market conduct, consumer empowerment, financial consumer education, and unfair competition among FSPs. The ultimate objective of this initiative is to establish an independent authority to safeguard the rights of consumers and investors in the financial industry in Sri Lanka,” Gamlath said.

“It is mostly about the debt moratorium. We have also received complaints about the loans not being provided by the banking sector and a few complaints of leasing companies attempting to seize property such as vehicles.”

With regard to what remedial measures the Central Bank could take, Gamlath said the bank would look into the matter to see whether any regulations were being broken.

“If we need further information, we get it from the relevant financial company or bank. We can negotiate. It’s a customer-bank relationship. So, we will see what the conditions are that they set – if it’s reasonable or if they have violated any regulations.”

Government Spokesman and Minister of Mass Media Keheliya Rambukwella said that the Central Bank would make the necessary rectifications regarding non-compliance by financial institutions.

November 26, 2020 byNethmi Liyanapathirana No Comments
Despite a maximum price of Rs. 6,500 being set for the PCR tests, four approved private hospitals have exceeded the relevant prices, it is revealed.

September 4, 2021 byAazam Ameen No Comments
SriLankan Airlines resumed Colombo - Hyderabad services after a hiatus of over one and a half years, owing to the Covid-19 pandemic situation.