September 17, 2020 by themorningeditor1 liberty No Comments 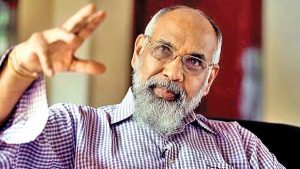 The Court of Appeal has closed the contempt of court application against former Northern Provincial Council (NPC) Chief MinisterMP C.V. Wigneswaran and two others as the prosecution and the defence managed to reach a settlement.

The application was taken up before the Court of Appeal two-judge bench comprising Justices Mahinda Samayawardhena and Priyantha Fernando yesterday (16).

Attorney-at-Law Suren Fernando, representing former Northern Province Minister of Fisheries, Transport, Trade, and Rural Development B. Deniswaran, who lodged the case against Wigneswaran for removing him from the ministerial portfolio, told the two-judge bench that Wigneswaran and former NPC Minister Ananthi Sasitharan have agreed to withdraw an appeal filed with the Supreme Court.

He accordingly notified the two-judge bench that his client does not wish to proceed with the application.

In 2018, Deniswaran filed an application before the Court of Appeal against Wigneswaran accusing him of contempt of court by failing to carry out the court order to re-appoint him in his ministerial portfolio.

April 9, 2022 byNews Admin No Comments
The cash-strapped Ceylon Electricity Board (CEB) has incurred a colossal loss of approximately Rs. 500 million by purchasing diesel from the Lanka Indian Oil Company (LIOC) for electricity generation,