September 7, 2020 by themorningeditor1 liberty No Comments 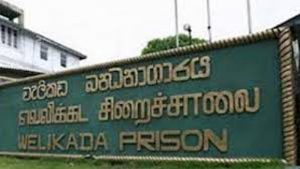 Contraband, including mobile phones, was recovered in a special raid carried out at the women’s section of the Welikada Prison.

Commissioner of Prisons (Administration) Chandana Ekanayake stated that the raid was carried out by the Prison Intelligence Unit.

An internal investigation was launched into the inmates of the prison cells where the relevant contraband was found.

Further operations will be carried out upon information provided by the Prison Intelligence Unit, Ekanayake added.

March 2, 2021 byMihi Perera No Comments
The Central Bank has agreed to provide loan repayment and interest moratorium and other relief for a further six months from April 2021 in response to the requests made by the Bus Owners' Associations