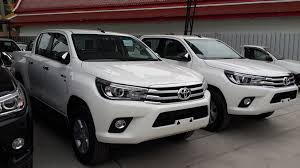 Controversy over vehicle procurement for MPs: Driven off the road

As the Government continues to be questioned over its controversial luxury vehicle purchases, the Finance Ministry last week reiterated that it would abide by the Cabinet decision taken recently to withdraw an earlier cabinet paper for the import of 399 vehicles at a cost of Rs. 3.7 billion.

Speaking to The Sunday Morning, Treasury Deputy Secretary R.M.P. Rathnayake said the Ministry was currently discussing with the state banks the possibility of cancelling the letters of credit (LCs) that were issued to purchase the vehicles.

“The state banks are also in discussion with their agents regarding the LCs,” he said, responding to a recent statement allegedly made by Media Minister and Co-Cabinet Spokesman Keheliya Rambukwella, who was quoted as saying the Government was not in a position to unilaterally cancel the tripartite transaction, as the LCs had been opened through a state bank.

However, Minister Rambukwella, last Friday (10), through his Twitter handle, said he was misquoted in the media and that the Finance Ministry and the Treasury had successfully concluded the negotiations regarding the LCs.

“My explanation was regarding the process that followed the decision to halt the said imports. Both Finance Ministry and Treasury have now successfully concluded the negotiations re the LCs with the bank and the manufacturer, who in turn has agreed to the request made by #GoSL (sic),” he tweeted.

Treasury Secretary S.R. Attygalle last month explained that LCs could be issued and cancelled so long as the relevant vehicles were not delivered to the country, and only if the vehicles were delivered would the bank be obliged to pay for it.

He had further explained that if the consignment of vehicles is imported and the bank fails to make the relevant payments, the bank will be blacklisted.

Reaffirming what Treasury Secretary Attygalle had said, Rathnayake said the Ministry cannot act against what is in a cabinet paper, and there is a clear cabinet decision to withdraw the previous decision taken to import the vehicles.

Meanwhile, Treasury Deputy Secretary Rathnayake stressed that the Government will go ahead with the import of essential vehicles from Japan.

Accordingly, the essential vehicles such as ambulances and water bowsers would be imported to the country considering the ongoing Covid-19 pandemic situation. A total of 150 vehicles would be purchased from the relevant supplier, which includes 50 ambulances, 50 bowsers, and 50 cabs.

Rathnayake noted: “The import of essential vehicles has not been suspended, and therefore, those vehicles would be imported in the future.”

The decision to import a certain number of vehicles including luxury jeeps for parliamentarians was taken in April to reportedly boost the efficiency of the Government’s development drive as per a cabinet memorandum submitted by Prime Minister and Finance Minister Mahinda Rajapaksa.

However, the PM’s Office, in a statement issued in the last week of May, stated that the previous cabinet paper had been withdrawn, as the financial situation was not conducive to import vehicles.

However, as learnt by The Sunday Morning, no firm decision had been taken as yet on cancelling the LCs issued by the state banks; and whether this was possible or not was also still being discussed.

Imports a way of compensating for Japan’s cancelled projects?

As learnt by The Sunday Morning, the vehicles were to be imported from Japan as part of a compensation for the recently cancelled Light Rail Transit (LRT) project. The other part of the said compensation was the Government’s digitalisation project, which was also to be funded by Japan. This was earlier confirmed to The Sunday Morning by a senior cabinet minister.

The LRT project, which was to cost around $ 1 billion, was cancelled last year based on the claim that it was costly. Subsequently, the Government also curtailed Japan’s involvement in the construction of Section III of the Central Expressway. Additionally, the opportunity for Japan to invest in the East Container Terminal (ECT) at the Colombo Port was also blocked.

The Government initially took the decision to import luxury vehicles while the entire country was experiencing a ban on vehicle imports in a bid to stop foreign exchange outflows and to stabilise the fast-depreciating rupee.

Last year, the Government imposed restrictions on importing luxury items to Sri Lanka via the Banking Act, which empowers the Central Bank to issue directions to licensed banks regarding the manner in which they conduct business. The regulator thus instructed the banks to cease facilitating the importation of motor vehicles on LCs and also certain specified non-essential items.

Government Chief Organiser Johnston Fernando said in Parliament that since 8 January 2015, the Government had spent Rs. 2.8 billion for the purchase of vehicles.

The SLPP’s presidential election manifesto in 2019 assured that vehicles wouldn’t be imported for MPs for a period of three years.

Earlier, Minister Rambukwella stressed that the general policy of the Government was to curtail wasteful expenditure.

Sunny Side Up: Of Nobel and slaps

October 10, 2021 byNews Admin No Comments
A meeting was attended in Parliament last Wednesday (6) by legislators as well as Ministry of Agriculture officials to discuss issues related to the availability of fertiliser and the ongoing shortage