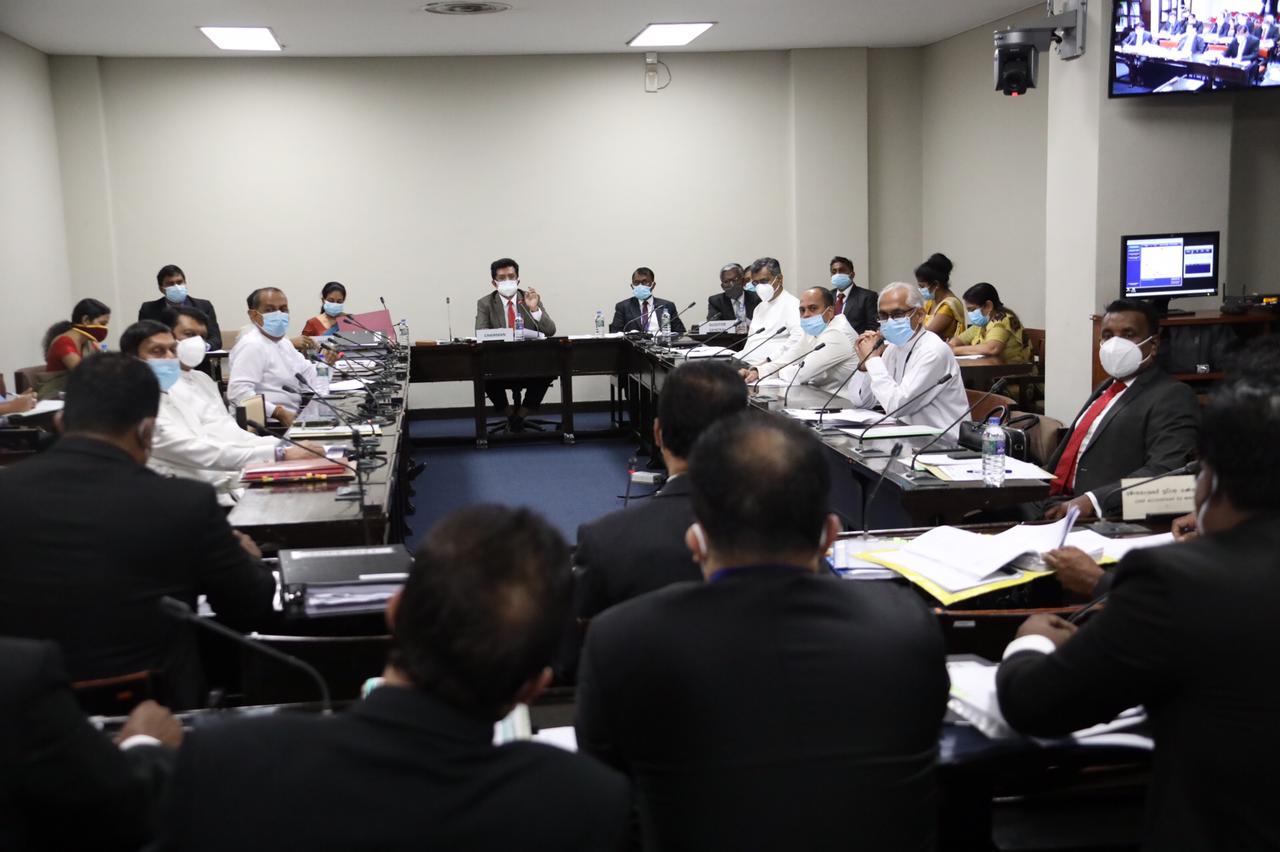 ‘COPE Chair’s performance not determined by whether he is in Govt. or opposition’ A: Prof. Charitha Herath

Usually, the true state of Public Enterprises reaches the public when the Parliament’s Committee on Public Enterprises summons various institutions to inquire upon them. The COPE sessions are being held these days and The Morning spoke to COPE Chairperson MP Prof. Charitha Herath on what transpired at the recent COPE sessions, the health of the country’s public enterprises, COPE’s role and how it can be equipped to do better.

Unions accuse that Ceylon Electricity Board is not maintaining the power plants and that it resorts to emergency power purchasing at a high cost for personal gains. Is CEB suffering losses and is it being run efficiently?

We have not received any information about emergency power purchasing or such irregularities as of yet. If we do receive such information, we would look into it when we are making observations on the CEB.  Our special attention recently went towards the Norochcholai Lakvijaya coal power plant. There were a number of environmental issues raised with regards to this. We checked as to whether there is a plan to increase power transmission parallel to the plan to increase power generation. Transmission is as important as power generation. The COPE will look into it this time. Norochcholai currently generates 900MW of power. The CEB has said that a new plant of 300MW is on its way. For this, we have suggested that increasing transmission has to also be looked into. Because the plant is coal powered, there were many issues with regards to this. On the one hand the regulation of the environment has been done by the north western provincial environmental authority. We thought that it should also get the observation of the Central Environmental Authority. There was an issue with the Environmental Protection License received for the fly ash of the power plant. We have looked into that. For the issue of waste water flowing to the seas, we have provided a number of recommendations for the matter to be discussed with the Marine Environmental Protection Authority. Based on these three factors, we have provided observations to the Ministry of Power. 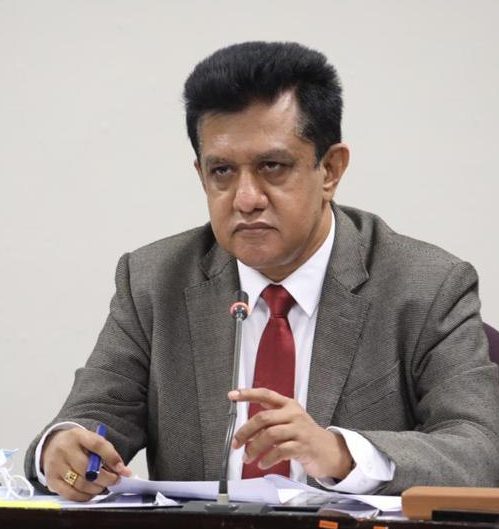 How did Srilankan Airlines perform and what are your thoughts on how it is run?

We did not summon SriLankan Airlines since the ninth parliament because the airline industry suffered during the whole of the past quarter. We have not raised any special observations about SLA these days. It is the country’s national carrier. COPE would be looking at how SLA could earn profits and how it could minimise losses. The present management was appointed under the present government. They should be given some time to show their performance. We are hoping to summon them after April.

What is the status of Sri Lanka Cricket (SLC) now?

Sri Lanka Cricket has been summoned to the COPE again on 6 April. Sri Lanka has a lot of interest in cricket. Many parties have raised concerns that the SLC administration has dragged the country’s game of cricket to a dark place. Since the Cricket Board is the national body here, we thought we should discuss this with them. But what we have seen is that a lot of financial irregularities had taken place within the cricket board. It seems that for three, four years, supporting cricket clubs has been used as a direct strategy to secure votes at elections for Sri Lanka Cricket authorities. It is not a problem if this has worked out in favour of Sri Lanka’s cricket. But Sri Lanka’s cricket is declining by the day and there has been no change in the top officials since they have provided financial patronage to cricket clubs that select them to ensure the support to stay in those positions and get re-elected. This is unfortunate for the country. We don’t have any issue with the chairperson of the SLC being A or B. We do care about the nature of cricket in the country. If a certain group of people have taken over Sri Lanka Cricket for financial gains or to retain power, exposing this to the public is the duty of committees like the COPE. Some irregularities are in billions. Certain international payments have reached the private accounts of individuals and we have raised these issues.

I have experienced no such pressure. I am the one who decides which institutions are summoned and when. I have not been asked to not summon anyone or to especially summon any institutions. The institutions cannot influence us in any way since we summon the secretaries. If these top officials don’t show up when they are summoned, we will inform the parliament. So, such officials would be summoned to the Committee on High Posts. But no such thing has happened. All officials have responded to their summons so far.

Are there organisations you cannot look at through COPE?

There are about 450 state institutions under our oversight facility. But some institutions are trying to break away from the state and this is a huge problem. There are institutions that would not allow the auditor general to audit them. Certain education institutions that were under the Mahapola Trust Fund have gradually broken away from the state and are trying to become private education institutions as its board of directors are gradually making it their property. There are instances of certain state enterprises attempting to break away. We will be raising and exposing such institutions in parliament. It is in our mandate to expose such happenings. If state bodies are to be privatised, there is a proper transparent procedure to be followed. It is not right to privatise a state resource without such procedures through under-the-carpet dealings. These institutions have begun with state funds on state lands under the state. The directors of these bodies have had discussions with governments during those times and gradually made those bodies their property. The previous Chairperson of the Mahapola Trust Fund and the President’s advisor has been the same person who has participated in enabling this from the side of the government in 2017. An agreement has been signed giving away Mahapola resources to a private institution. On the other hand, a cabinet paper has been issued recommending that Sri Lanka Institute of Information Technology (SLIIT) should be handed over to its board of directors. SLIIT is arguing that it cannot be summoned before the COPE because it no longer belongs to the government. But the parliament and the country should know how such a state resource was handed over to a private owner. The parliament can then either take it up or the cabinet could rethink the decisions that were made. What the COPE can do in such instances other than raising it in parliament is to inform the secretary of the relevant body to take necessary legal action against such. Members of parliament can also bring in a new proposal or an act in response to such.

Do you see irregularities taking place in the present procurement processes of the government?

Issues in state procurement is one of the main things we talk about. For example, by 2015, the initial steps for the Northern Expressway were taken. Under the feasibility study, the first part was to be from Enderamulla to Mirigama and the second part was to be from Mirigama to Kurunegala. By the new government in 2015, the new government took a policy decision to build the first part from Kadawatha to Mirigama. No one knows the basis for this decision. New lands had to be acquired for the new plan in addition to the lands that were already acquired for the previous plan. We have observed that this has wasted Rs. 2.4 billion. There are instances of feasibility studies being conducted according to the whims and fancies of people and spending large amounts of money. We have raised the issue of financial issues when it comes to procurements. This is not especially an issue with the present government, but it is the state of the country.

COPE inquires about government institutions. It does not conduct any businesses. Transparency of COPE is not a question that is relevant to us. The COPE sessions have not stopped being broadcasted on television and airs at 7.30 p.m. on PEO TV. The live telecast on YouTube does not happen these days because journalists do not participate due to the pandemic.

Are you focusing on the 2015-2019 period mostly so that the Rajapaksa regime is not touched on during the COPE’s inquiries?

Your predecessor Sunil Handunnetti was generally regarded as having set a very high bar for the role of COPE chairman by the previous government and the joint opposition. How have you been functioning having to follow him?

I did not experience any such issue. I am the 15th Chairperson of COPE. There have been 14 other people in this position since 1948. Out of all 14 of them, 10 were from the government and four were from the opposition. Former member of parliament D.E.W. Gunasekara and MP Wijedasa Rajapakse who were known to be excellent COPE chairs were appointed from the governments. A COPE Chairman’s performance is not determined by whether he is in the Government or the Opposition. Mr. Handunetti who was from the opposition did a good job too. I do not differentiate between the government and the opposition when I perform my role. I have not faced any obstacles and the MPs have been very supportive.

How can COPE provide more accountability to the public?

What we are conducting at present are compliance audits that investigate those who break the law. But we should also conduct performance audits on whether the correct policy decisions have been made. Some state institutions have fallen not because of illegal actions but because of bad policy decisions. I think that COPE could be more empowered this way.

You have raised the issue of there not being enough parliamentary oversight on State Owned Enterprises (SOEs) and the need for more legal powers to be given to COPE. What are your proposals to do this?

Some have shown a dislike towards the inquiries conducted by the auditor general. But if audits are not conducted, we cannot uncover corruption. From 1970, a lot of state resources have been misused, destroyed, shut down, and sold. The main reason behind this is the lack of a broad annual discussion about these bodies in parliament and the lack of proper inquiry at the right time. The COPE committee is something that takes after the British parliamentary system. I do not know if it needs more legal powers. But the power that we have now is sufficient because taking these matters to the people is a significant part of COPE’s role. The public is the owner of the state and they should know what’s happening. We provide them information about the state sector that they do not have access to.

What do you see to be the main reason that our SOEs are historically a burden on the state or underperforming?

Our duty is to find out why these institutions are underperforming. Some institutions are not there to earn profits. Be it the hospitals or universities, they are there for the welfare of the people. But some enterprises should earn profits. Some would say that it is difficult for the state to run businesses and that they should only regulate. But I think the state can do both. For this, the right people should be appointed to these institutions and they should be given good training which is very important. State bodies have suffered this way because of the lack of training.

October 5, 2021 byAazam Ameen No Comments
The Supreme Court has ordered the Attorney General to direct the Prisons Commissioner to ensure the security of the eight inmates who are incarcerated at the Anuradhapura Prison.