COPE meetings not open to media in future

September 24, 2020 by themorningeditor1 liberty No Comments 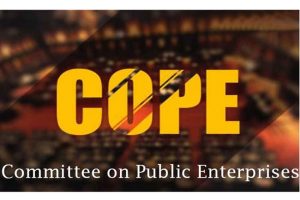 The proceedings of the parliamentary Committee on Public Enterprises (COPE) will not be open to the media in the future, the governing party said.

“We noticed that video footage of the COPE meetings was being used by media channels to attack the former President and Prime Minister in the past. Various officials were also brought in using their powers to attain their political agendas. It is beneficial for us to reveal all the malpractices after 2015. But certain media are editing the footage to promote their political agendas,” he said.

Fernando also noted that the decision to close the COPE proceedings to the media was to protect government officials and former officials.

“We will not give false information to the media. The public rejected such activities with a two-thirds majority in the past. We will not recommence such actions rejected by the public,” he added.

Samagi Jana Balawegaya (SJB) MP and COPE member Nalin Bandara said the Government announced that the media will be prevented from attending COPE proceedings while COPE Chairman Prof. Charitha Herath announced that a decision in this regard will be taken next week.

Minister Fernando responded by saying that the decision was taken following a discussion during the party leaders’ meeting, and that Bandara was not present at the meeting.

May 12, 2020 byTSM Web Desk No Comments
The Ambassadors and High commissioners of OIC member states in Sri Lanka have urged president Gotabaya Rajapaksa to permit the burial of Muslim Covid-19  victims.