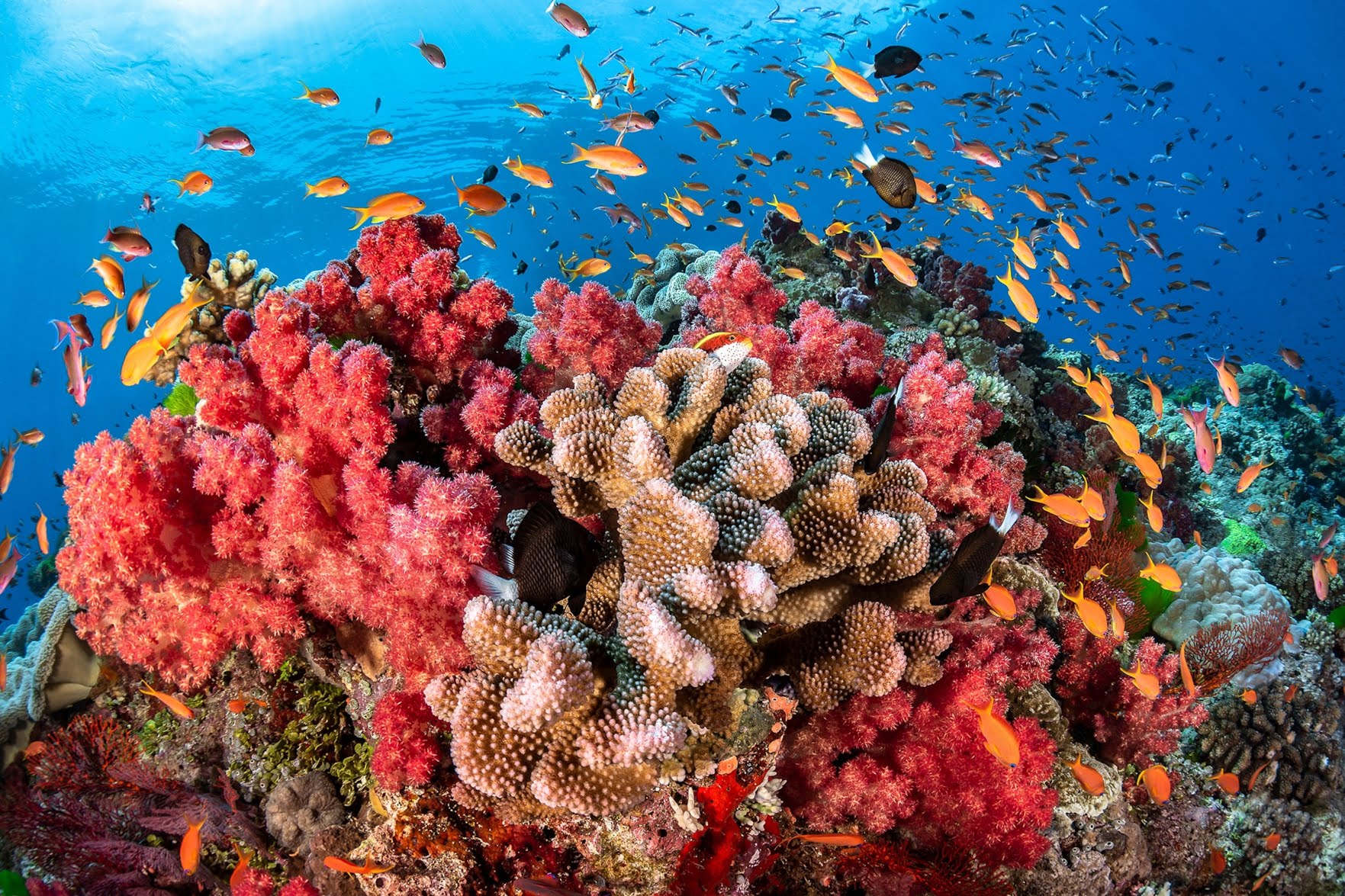 Over the last week, the words “environment”, “nature”, and “youth” have managed to convince everyone to switch on the news, stop our vehicles, look outside our window, and do some reading on the internet other than our normal scrolling through social media.

Past events have given us the chance to make conversation about conservation, which is extremely important. While everyone else speaks about rainforests and trees on land, we want to discuss the rainforests of the marine world, the coral reefs.

Recently, Jagath Preethikumara, who has been a diver by profession for the last 30 years, spoke about the damage that can be seen in coral reefs around Sri Lanka, and the possible reasons and activities that have caused this, saying that maybe we are more concerned about the damage that is happening to the land because we are oblivious to what is happening underwater.

For a clearer understanding of the situation with our coral reefs, we consulted a few experts.

Pearl Protectors Co-ordinator Muditha Katuwawala explained what a coral reef is, saying: “A coral reef is an underwater ecosystem. It is the most diverse marine ecosystem. Coral reefs are home to millions of species. Tropical coastal zones contain a variety of ecosystems such as coral reefs, mangroves and seagrass beds, which are all utilised as resources.”

Why are coral reefs important? 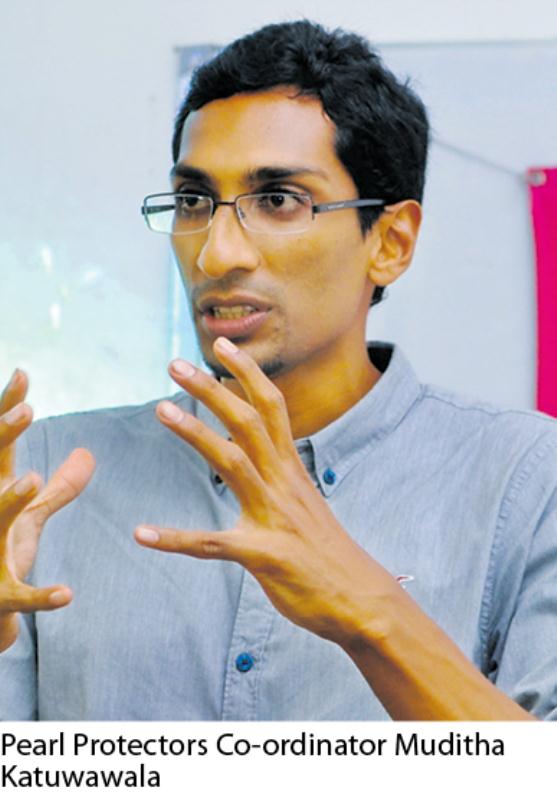 Unfortunately, the world’s coral reefs are dying, and so are our beautiful coral reefs that add more colour to Sri Lanka’s marine life. Reports from studies conducted by the Marine Environment Protection Authority state that 90% of Sri Lanka’s coral reefs have already been destroyed. Areas like Hikkaduwa beach, Pigeon Island, Mannar, Kalpitiya, and other Southern areas “were” home to some picturesque coral reefs, but today only 5-10% of the Hikkaduwa coral reef is left, and the reef off Pigeon Island is facing problems as well, due to people’s ignorant activities.

In a lot of areas, the methods used for fishing activities can sometimes cause damage to the coral reefs. “Despite some methods being illegal, such as using dynamite for fishing, people continue to practice them for their commercial benefit,” Katuwawala said.

How are coral reefs damaged? 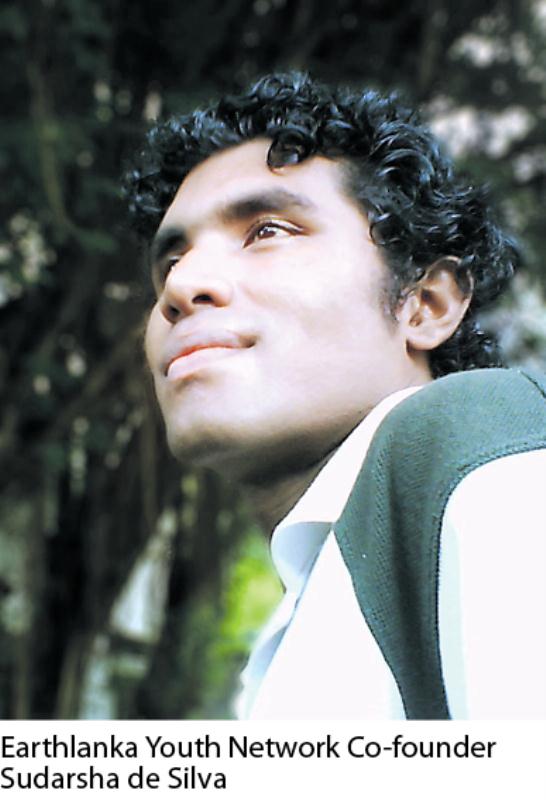 Katuwawala shared some of the factors which cause damage to coral reefs. “Corals get damaged due to both anthropogenic and natural reasons. A few reasons are plastic and chemical pollution, destructive fishing methods like dynamite fishing and bottom trawling, collecting live corals, climate change, insufficient sunlight and coral bleaching.”

Speaking further on coral bleaching, Katuwawala explained that coral bleaching is when corals turn white in colour. “Corals are bright and colourful because of microscopic algae called zooxanthellae,” Katuwawala said. “But when the atmosphere of the ocean changes, the coral expands and expels the algae. As the algae leaves, the coral fades until it looks like it’s been bleached. If the temperature stays high, the coral won’t let the algae back, and the coral will die.”

Katuwawala explained another threat for coral reefs is the El Nino Effect. The El Nino Effect, put simply, means the ocean surface becoming warm. While we all love cosy warm environments, corals – not so much. These weather events can cause a lot of physical destruction to a reef. “One of the main reasons for coral bleaching is also warm water temperatures,” he added.

Whilst some people choose to be ignorant and not support efforts to save the reef that protects them, there are some organisations and people, like the youth-led marine conservation organisation the Pearl Protectors, who have made it their priority to protect what’s left of our once-magnificent coral reefs and marine life.

Another such organisation is the Earthlanka Youth Network. Earthlanka Youth Network Co-founder Sudarsha de Silva shared with Brunch that “as a club, we have been doing a lot of work to help protect our marine life. We partnered up with the Leo Club and cleaned the reef off Mount Lavinia beach and we have been doing programmes to educate children and people on the importance of marine conservation. In 2015, we got the opportunity to do the Action 2015 Youth Programme, which is basically the post-2015 development agenda for sustainable development.

“There, we initiated a lot of activities related to coastal and marine conservation. Through that, we have been doing reef cleaning and collecting debris. In 2018, we worked on two main projects, one being to work with the Foundation of Goodness on reef restoration and another being an opportunity to work with Shangri-La Hambantota to start a reef restoration project in one of their sites.”

De Silva explained further about this project saying: “We initiated this project in 2018 when we were looking for a suitable place, we saw a good population of fish in one area with few corals. We commenced our project by choosing a coral from there. Under our care we saw the coral grow a few inches.

“Then we understood that we need a nursery to grow corals, so that we can try to rebuild the coral reef and in the future, this nursery will be a tourist attraction. Our country will benefit from both. We informed the Marine Environment Protection Authority, wildlife department and we had support from Sustainable Ocean Alliance through which we received financial support to set up the first coral nursery in Hambantota.

“We are taking the species from the sea with the permission of the Wildlife Department, and once they are grown, we’ll be taking them back to the selected area at sea” 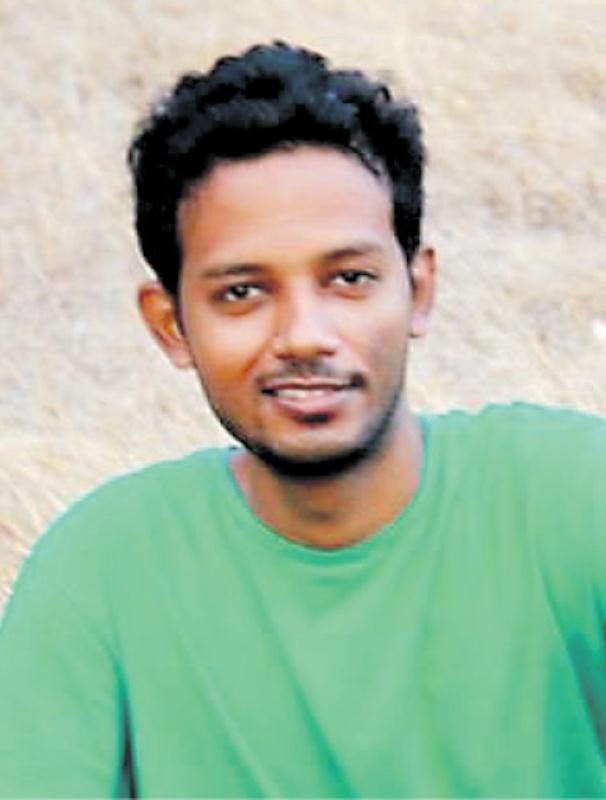 ‘It will take roughly two years for new corals to grow…’

“At first the nursery will be using marine water, after one week it will be reducing 25% of the water to our in house treatment plant which will be treated and used by the resort, and then it will be diluted accordingly for gardening.

“It would not be harming the garden plants because dilution-wise it will be a really low quantity, and it won’t affect the normal soil either,” Perera said.

Brunch asked about the purpose of this project and how both organisations came up with this idea, and Perera explained: “Corals are also similar to trees in a way. It requires a lot of carbon dioxide so we had this planned because there aren’t any programs as such in the country at the moment, the only place where you could see corals being grown is Water World, Kelaniya, where they have small tanks which are not for conservation. Our goal from this project is to expand local biodiversity.”

Perera added: “It will take about two years for corals to grow. Once they are grown, we would be able to plant them on the reef. If the corals grow more than four inches in our nursery then we’ll be putting them in the natural waters area. It would roughly take two years, or it might be successful even before that under the care we provide and the conditions.”

Being selfless and responsible to create a better future

The efforts of the Shangri-La Hambantota Golf Resort and Spa with the Earthlanka Youth Network, as well as the work of many other youth organisations like the Pearl Protectors who are fighting to conserve marine life, are to be appreciated.

It is very important to understand that everyone who is causing harm to the environment today would leave this world eventually. But what would be left from the world for their children and grandchildren? Wealth won’t bring back trees or give us oxygen to live or restore our beautiful marine life.

Perhaps it’s time to be selfless for future generations and think: “if we destroy the reef, our children won’t be able to go diving and see the magnificent world underwater.”

August 13, 2021 byNews Admin No Comments
Three sisters, Lakshika, Sewwandi, and Hayeshi Hitibandara are familiar faces for many, maintaining prominent roles in the fashion and entertainment industry. However, the trio as a family are avid tr