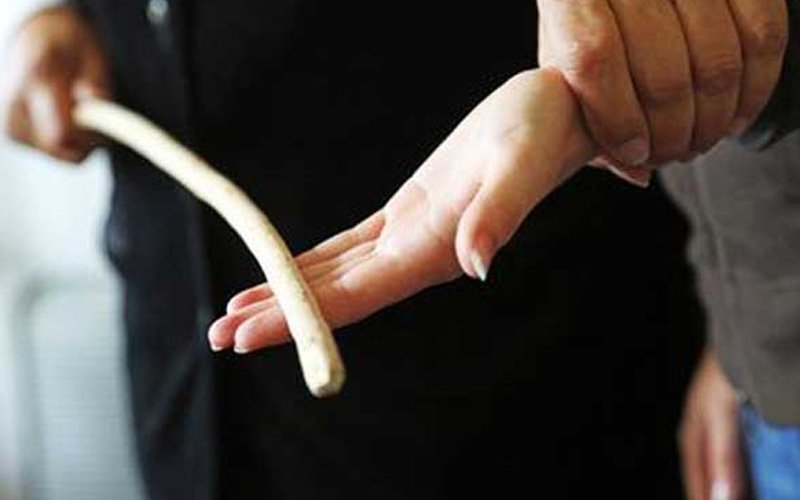 Corporal punishment not a justifiable means to discipline – SC

The elimination of the practice of corporal punishment may not be achieved through isolated incidents, but a profound understanding by those entrusted with the care of children that violence is not a justifiable means to the end of discipline, the Supreme Court (SC) observed.

The SC noted thus in the case H.W. Karunapala and Others v. J.P.K. Siriwardhana and Others (SC/FR/97/2017), where the judgement was penned by President’s Counsel (PC) and Justice (J), S. Thurairaja, and was joined by Sisira J. de Abrew J. and Murdu N.B. Fernando PC J.

Nexus between corporal punishment and torture

The SC in its judgement explained corporal punishment and the violation of Fundamental Rights (FR) such as freedom from torture.

Article 11 of the Constitution reads as follows: “No person shall be subjected to torture or to cruel, inhuman or degrading treatment or punishment.”

Further, in reference to minors, the United Nations Convention on the Rights of the Child (UNCRC) in Article 37 states as follows: “States Parties shall ensure that: (a) No child shall be subjected to torture or other cruel, inhuman, or degrading treatment or punishment.”

In relation to corporal punishment, injuries caused and suffered as a result, and its association with the freedom from torture, cruel, inhuman or degrading punishment, the Committee on the Rights of the Child notes in its Concluding Observations on States Parties’ Reports and in other Comments that any corporal punishment of children, however light, is incompatible with the UNCRC.

Highlighting this, it cited, in particular, Article 19, which requires the protection of children “from all forms of physical or mental violence”, and in relation to school discipline, Article 28(2), which states: “States Parties shall take all appropriate measures to ensure that school discipline is administered in a manner consistent with the child’s human dignity and in conformity with the present Convention”, in addition to Article 37.

It is established in Sri Lanka that corporal punishment may amount to violations of Article 11 of the Constitution. In the case of Bandara v. Wickremasinghe (S.C. 190/94), despite the case being prior to the Amendments to the Penal Code criminalising corporal punishment or recognising mental trauma, the SC supported the view that the excessive use of force by teachers and administrative officials in maintaining discipline could amount to cruel and degrading treatment.

In that case, K.M.M.B. Kulatunga PC J., joined by Chief Justice G.P.S. de Silva and Pathmanathan Ramanathan J., was of the view that: “The discipline of students is a matter within the purview of school teachers. It would follow that whenever they purport to maintain discipline, they act under the colour of office. If in doing so, they exceed their power, they may become liable for the infringement of FR by executive or administrative action.”

He was further of the view that: “This Court must by granting appropriate relief reassure the petitioner that the humiliation inflicted on him has been removed, and that his dignity is restored. That would in some way guarantee his future mental health, which is vital to his advancement in life.”

According to Thurairaja PC J., given the advancements in society, this aforementioned view must be fundamentally held, and developed upon. Therefore, the Court, as the upper guardian of the child, must ensure that the child is provided with a sense of justice being restored in view of the violation of his/her person and the lack of respect to his/her dignity exhibited by a teacher, Thurairaja PC J. emphasised.

“While recognising teachers as being responsible for the growth and upbringing of children, they are entrusted with the duty of guiding children and instilling discipline in them. However, children are not to be considered the property of the adults entrusted with their care. Children are entitled to their own sense of self and dignity, being separate beings,” he noted.

“It is unacceptable to consider that a child assaulted may not be entitled to a remedy for the reason of being a minor while an adult in the same circumstances would be entitled to such relief. In any case, minors, as vulnerable and impressionable members of society must be entitled to a higher degree of protection.”

However, the case of Bandara v. Wickremasinghe notes the following: “Nevertheless, this Court recognises that what amounts to a ‘high degree of maltreatment’ in relation to an adult does not always resonate with the mental constitution of a minor.

“Therefore, when a minor complains of degrading treatment, the Court as the upper guardian must not be quick to dismiss the claims for failing to meet the same high threshold of maltreatment. Instead, it must carefully consider the impact that the alleged treatment may have had on the mentality and growth of the child.”

It is therefore imperative to the child, Thurairaja PC J. observes, that he/she is assured that their dignity is recognised by law and is thus reflected by the Court’s decision, for his healthy advancement of life and the appreciation of this fundamental dignity of himself and others.

This stance is one that is not only applicable to Sri Lanka. In the case of Parents Forum for Meaningful Education v. Union of India and Another (Civil Writ Appeal Petition 196/1998), the UNCRC, the Delhi High Court in an order penned by A.D. Singh J. and joined by M. Sharma J., in arriving at the decision that corporal punishment must be outlawed, made important observations, including that the FR of the child will have no meaning if they are not protected by the State, and that the State and the schools are bound to recognise the right of the children not to be exposed to violence of any kind connected with education.

It was stated that to allow even minimum violence to children can degenerate into aggravated form, as a teacher using the rod cannot every time be mindful of the force with which he may be hitting the child. Further, that children are entitled to all the Constitutional rights, and also that a child cannot be deprived of the same just because he is small, as being small in turn does not make him less of a human being than a grown up.

A child, Thurairaj PC J. points out, is a precious national resource to be nurtured and attended with tenderness and care and not with cruelty, and therefore, subjecting the child to corporal punishment for reforming him/her cannot be part of education, given that it causes incalculable harm to him/her, in his/her body and mind.

Singh J. describes this phenomenon as follows: “The child has to be prepared for responsible life in a free society in the spirit of understanding, peace, and tolerance. The use of corporal punishment is antithetic to these values. We cannot subject the child to torture and still expect him/her to act with understanding, peace and tolerance towards others and be a protagonist of peace and love.

“It was probably for this reason that lawyer and Independence activist Mahatma Gandhi said that ‘if we are to reach real peace in this world, and if we are to carry on a real war against war, we shall have to begin with children, and if they will grow up in their natural innocence, we won’t have to struggle, we won’t have to pass fruitless idle resolutions, but we shall go from love to love and peace to peace, until at last all the corners of the world are covered with that peace and love for which, consciously or unconsciously, the whole world is hungering’.”

It is established through the case of Bandara v. Wickremasinghe, that teachers, in the act of maintaining discipline, act in the colour of their office and not in their personal capacity and that if they so exceed their powers while in this pursuit, they may become liable for the infringement of FR by executive or administrative action.

Additionally, there is no requirement of malice or intent required for the violation of Article 11. Further, it is established by the Ministry of Education, through Paragraph 2.4 of the Circular 12/2016, that even with the best interest of the child and the discipline of the school in mind, a teacher may be in violation of all relevant provisions in reference to corporal punishment.

Thus, the intention of the perpetrator is irrelevant to the illegality of corporal punishment, be it a teacher, parent, guardian or any other adult under whose care or contact that the minor may be in, for the sole reason that it is the duty of the State to protect children from all forms of physical violence.

Cruelty, violence and physical harm, particularly in the view of setting an example is condemned by all major faiths of our country, which forms the bedrock of our culture, Thurairaja PC J. observed. The Dhammapada, Thurairaj PC J. notes, profoundly states as follows: “As one instructs others, so should one act; if one would tame others, one should first be well tamed. Truly, it is very hard to tame oneself.”

It is therefore clear that those guiding and instructing impressionable children do not set a suitable example in impulsively engaging in violent acts that harm children in the name of disciplining them, as children are only likely to carry forward this behaviour, Thurairaja PC J. explains, noting in this regard that if teachers aim to instil self-discipline and non-violence in children, they must set the example by instilling the same values in themselves. “While this is a difficult practice, if one is to expect this of children, they are to reflect it and expect it of themselves.”

It is imperative that we do not, as a State, condone such behaviour, as it is detrimental to the growth of children, and is to be construed as cruel or degrading treatment.

Case against Gota over museum commencing in June

May 23, 2019 byRandev No Comments
The Special High Court has decided upon the commencement of the hearing of a case against former Defence Secretary Gotabaya Rajapaksa.

October 30, 2020 byCharindra No Comments
The breakdown of a PCR machine at the newly established laboratory in the Colombo North Teaching Hospital in Ragama has delayed nearly 20,000 PCR test results, The Morning learnt.